With high hopes for the vaccine, Britain prepares to roll it out 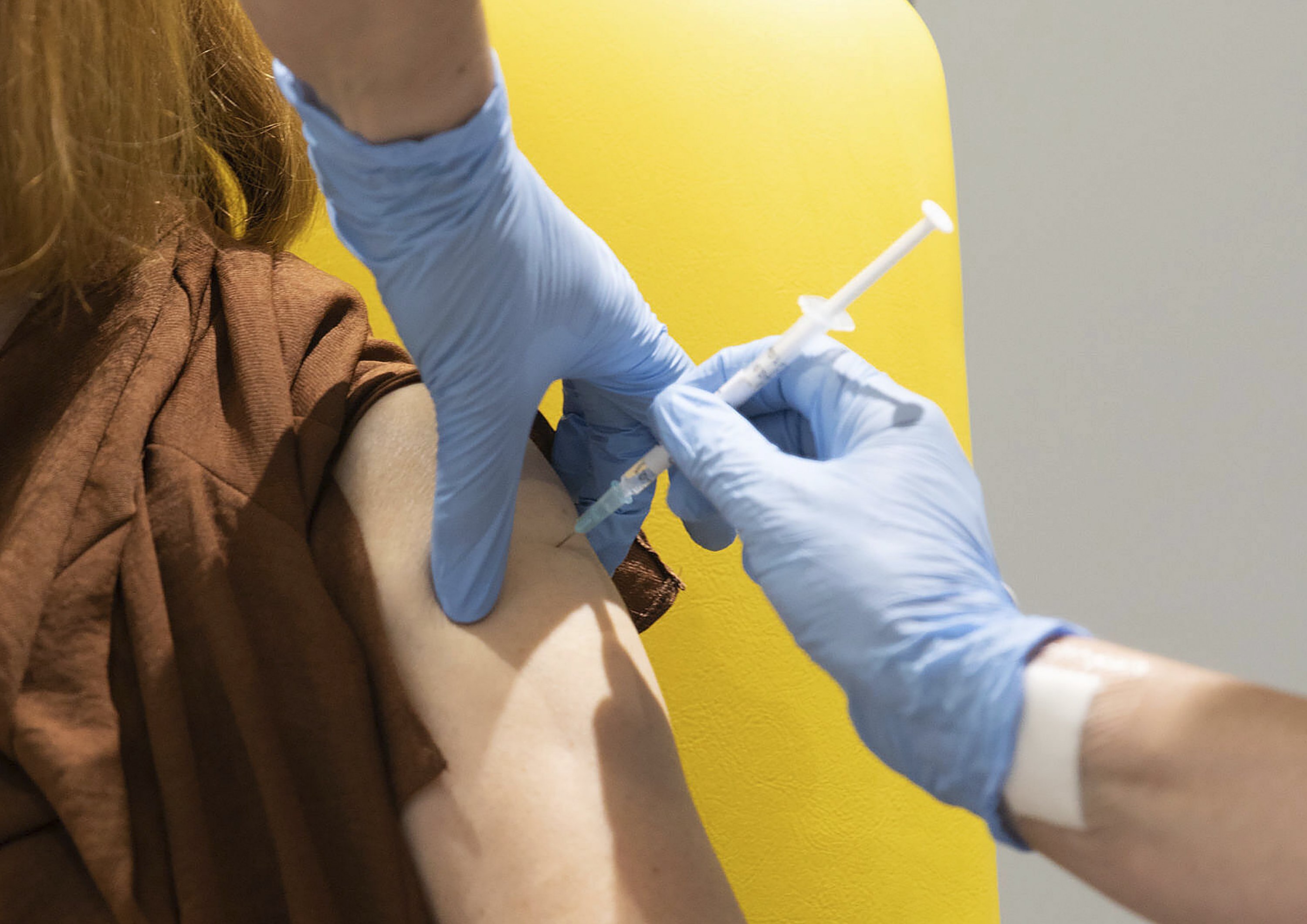 LONDON (AP) – With major COVID-19 vaccines showing high levels of protection, UK officials are cautious – and they are cautiously pointing this out – optimistic about a return to normal in early April.

Before regulators even approve a single vaccine, the UK and European countries are moving swiftly to organize the distribution and administration systems needed to immunize millions of citizens.

“If we can deploy it with a good lick … then with a favorable wind, it’s totally hypothetical, but we should be able to inoculate, I believe from the evidence I see, the great majority of people who need the most protection by Easter, ”Prime Minister Boris Johnson said on Monday after vaccine makers reported encouraging results in recent weeks. “This will significantly change our current position.”

The UK has recorded more than 55,000 deaths linked to COVID-19, Europe’s deadliest epidemic. The pandemic has prevented families from reuniting, put 750,000 people out of work and devastated businesses that have been forced to close as authorities tried to control the spread. England’s second domestic lockout will end on December 2, but many restrictions will remain in place.

The UK government has agreed to purchase up to 355 million doses of the vaccine from seven different producers, as it prepares to vaccinate as many of the country’s 67 million people as possible. Governments around the world are making deals with multiple developers to ensure they lock down delivery of products that are ultimately approved by regulators.

The National Health Service plans to administer 88.5 million doses of the vaccine across England, according to a planning document dated November 13. Scotland, Wales and Northern Ireland are developing their own plans under the UK system of decentralized administration.

The first to be vaccinated would be healthcare workers and residents of nursing homes, followed by the elderly, starting with those over 80, according to the document, first published by the Health Service Journal in London. . People under 65 with underlying health problems would be next, then healthy people 50 to 65 and finally everyone aged 18 and over.

While most injections would be given at around 1,000 community vaccination centers, around one-third would go to 40-50 “large-scale mass vaccination centers”, including stadiums, conference centers and similar venues. indicates the document.

The NHS confirmed the document to be genuine, but said details and target dates are still changing as the vaccination program is a work in progress.

Professor Mark Jit, an expert in vaccine epidemiology at the London School of Hygiene & Tropical Medicine, said Britain has the advantage of having a well-developed medical infrastructure that can be used to administer the vaccine.

But this effort will be different from standard immunization programs that target individuals one at a time.

Other European countries are also getting ready, as are the companies that will play a crucial role in the deployment.

For example, Germany Binder, which manufactures specialized cooling equipment for laboratories, has stepped up production of refrigerated containers needed to transport some of the vaccines under development. Binder is producing a unit that will reach the ultra-cold temperatures needed to ship the Pfizer vaccine.

In Spain, health workers will be given priority, as will residents of nursing homes for the elderly. Spain hopes to vaccinate some 2.5 million people in the first stage between January and March and cover most of the vulnerable population by the middle of the year. The vaccinations will be administered in 13,000 public health centers.

But putting syringes in people’s arms is just the last part of the enormous logistical challenge that the global mass vaccination campaign will pose.

First, drug makers need to ramp up production so that there is enough supply to immunize billions of people within months. Then they have to overcome distribution hurdles such as storing some of the products at minus -70 degrees Celsius (minus -94 Fahrenheit). Finally, they will have to manage complex supply chains that are reminiscent of the just-in-time delivery systems that automakers use to keep their factories running.

“It’s going to be the challenge of the century, basically, because of the volumes and everything that’s going to be involved …” said Richard Wilding, professor of supply chain strategy at the Cranfield School of Management. “It’s just the absolute scale.”

Vaccines from three drug manufacturers are considered prominent candidates. Pfizer and Moderna have released preliminary data showing their vaccines to be around 95% effective. AstraZeneca on Monday announced interim results from its vaccine developed with Oxford researchers which were also encouraging. Dozens of more vaccines are in development, including projects in China and Russia.

Britain and other countries in the northern hemisphere could also benefit from the weather, said Chris Whitty, chief medical officer for England. The transmission of respiratory viruses generally slows down during the warmer months.

“The virus will not go away, but it will become less and less risky for society.”

But Johnson, who credited NHS nurses with saving his life after being hospitalized with COVID-19 earlier this year, warned restrictions would continue for months and Christmas celebrations would be reduced this year.

“We can hear the cavalry drum hooves coming up the hill front, but they’re not there yet,” Johnson said.

Are the new mutations more deadly and will vaccines work against them?