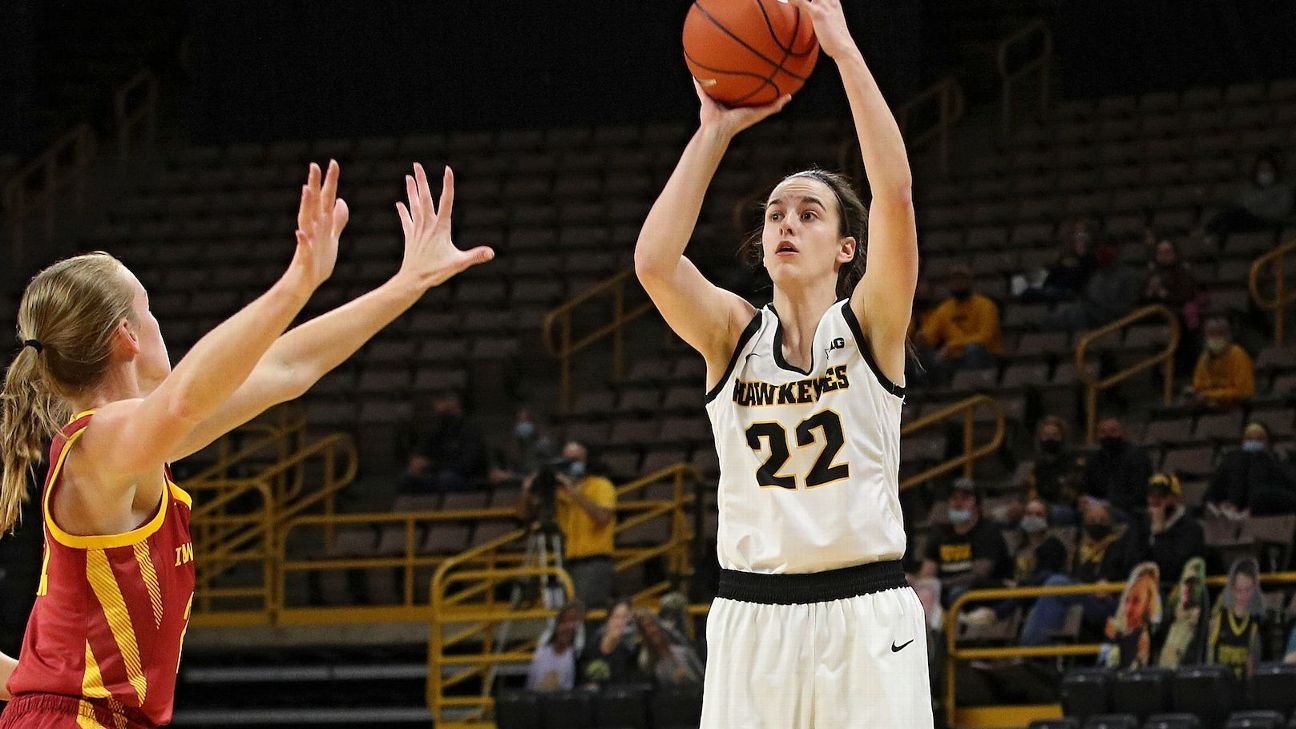 The 30 preseason roster, which Bueckers was also on, had seven players retired, while Clark and Stanford sophomore Haley Jones were newcomers to the roster.

Bueckers leads the Huskies (6-0) in points (18.2 PPG), assists (5.2 APG) and steals (2.7 SPG). No.4 UConn has three players on the Wood roster, the most of any team, as juniors Christyn Williams and Olivia Nelson-Ododa join Bueckers.

The Huskies will travel to No.6 Baylor for one of their biggest tests this season on Thursday (ESPN, 8:30 p.m. ET). The Lady Bears are led by junior NaLyssa Smith, who is on the Wooden roster.

Three programs have two players on the roster: Stanford (Jones and Kiana Williams), No.5 South Carolina (Aliyah Boston and Zia Cooke) and No.13 Arkansas (Chelsea Dungee and Destiny Slocum).

The SEC leads all conferences with nine on the midseason roster, including Kentucky junior Rhyne Howard, who was ESPN.com’s preseason player of the year. The Big Ten and the Pac-12 each have four players on the roster.

Texas’ Charli Collier, a draft-eligible junior projected as the No.1 pick in ESPN.com’s WNBA mock draft in December, is one of three Big 12 players on the roster.