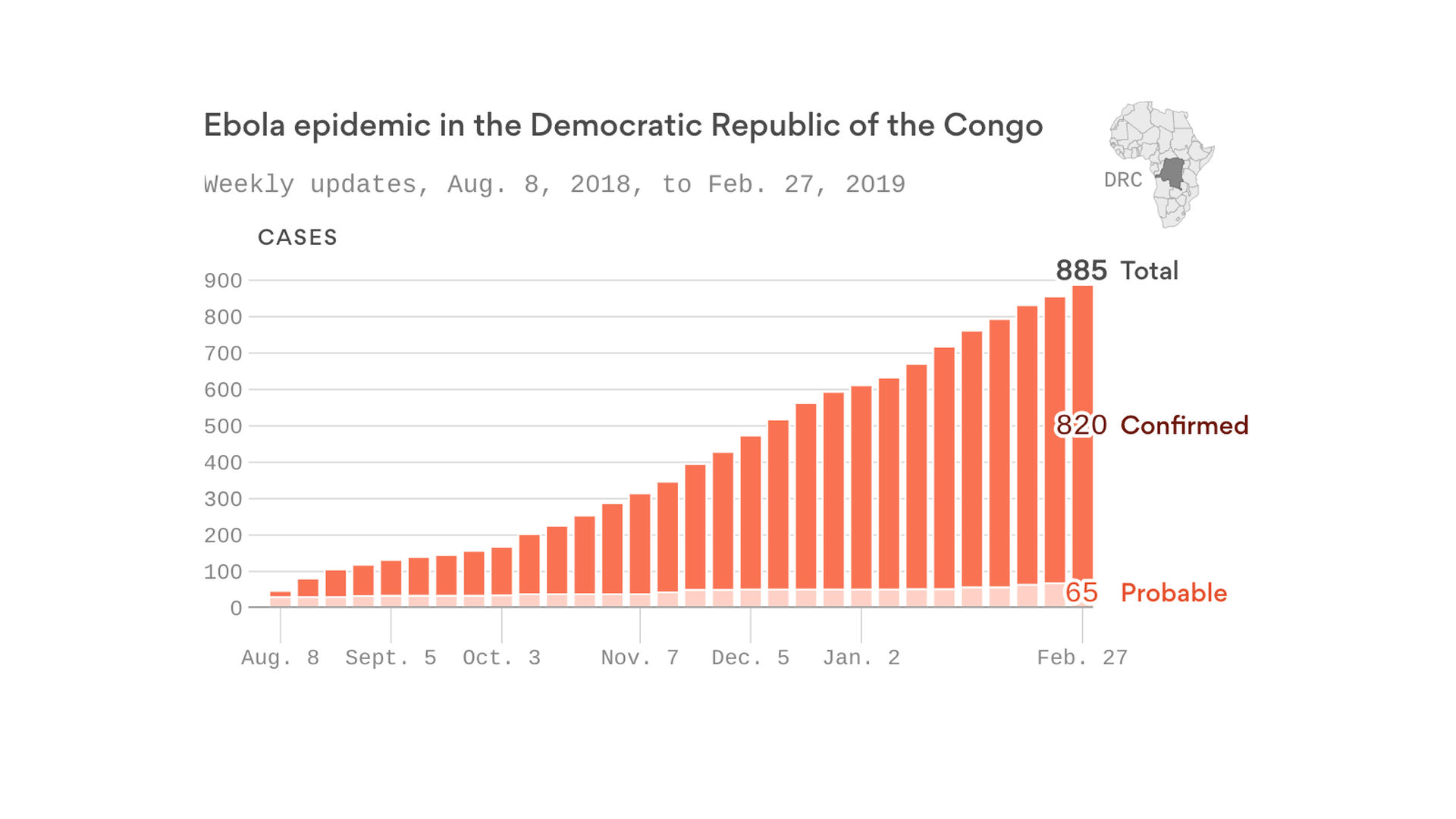 The World Health Organization said Thursday that it was deeply concerned about two violent attacks on Ebola treatment centers in two cities in the Democratic Republic of Congo last week that resulted in death. , traumatized patients and health care workers, as well as damage to key medical facilities. .

Why it's important: Doctors Without Borders (MSF), one of the leading international organizations supporting the DRC's efforts to contain and eradicate the second deadly virus epidemic, has suspended its medical activities at the heart of the epidemic in Butembo and Katwa. As we have seen with previous violence that interrupted health care activities, interrupting efforts to diagnose and treat infected people and vaccinating others may lead to an increase in new infections and deaths.

What is happening: A "poisonous environment" has been created by a combination of people who do not believe that Ebola exists and who do not trust the efforts of the government or international first aiders, in addition to local politicians "who encourage the lie against Ebola" when they speak and by WhatsApp, Spokesman of the DRC, Jessica Ilunga, told Axios.

And after: MSF has announced that it will continue its operations in other parts of the DRC, particularly in the cities of Kayna and Lubéru. The organization has also supported emergency preparedness in Goma City by strengthening the surveillance system and ensuring that there is sufficient capacity to isolate suspected cases.

"Community involvement means that the population is engaged in the response, and it needs to be consulted on solutions, such as the health promotion and community engagement strategy. must be developed with the community and left to the owner, the answer must be context-specific and not the opposite. "

MeanwhileDRC health officials are looking for missing patients after the attacks – some with confirmed cases of Ebola and others suspected of being infected – who were at the Butembo treatment center, Ilunga said.

"Of course, we are extremely worried, health workers should never be the target of violence, they have the right to be safe when they save lives, we will have meetings over the next few days. to see what are the best options to protect our health workers, as well as to prevent the spread of the virus despite this difficult environment. "