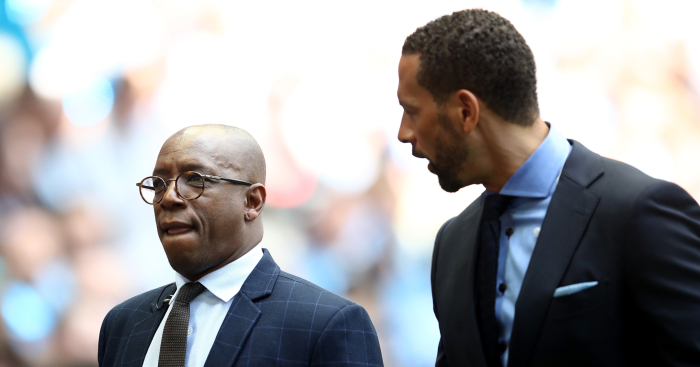 Former striker Ian Wright said that UEFA did not think racism was a sufficiently important issue after the English duo Raheem Sterling and Danny Rose were mistreated in Montenegro.

Rose and Callum Hudson-Odoi, beginner, were subject to singing monkeys at the end of the impressive 5-1 victory, while the previous abuses led Sterling to celebrate the last goal of the night in pulling his ears in front of the fans of the house.

Wright, who works as an expert for ITV, does not believe that the ruling body is imposing enough punishment on countries whose supporters abuse black players, calling the sanctions "embarrassing."

"You have to protect your players, they will probably go to UEFA and will fine them a derisory amount as a deterrent," Wright said.

"Nothing will happen and we will probably get the same here at some point or elsewhere in Europe because they are not doing enough to stop it.

"We will continue to talk about it because the fines and sanctions imposed by UEFA are embarrassing, they do not deter at all, no one has been dissuaded from doing so.

"We are in 2019, this should not happen now, but UEFA is not enough to stop it and will continue well.

"They do not think it's important enough, otherwise they would do it (eradicate it)."

Kick It Out, an anti-discrimination charity, said the expulsion of tournaments should be considered a potential punishment.

"As we have said many times, it is time for @UEFA to take decisive and decisive action. No fine will be imposed.

"What is needed is a prolonged ban on the stadium or a tournament expulsion."

Hank Aaron’s death is falsely linked to the Covid vaccine