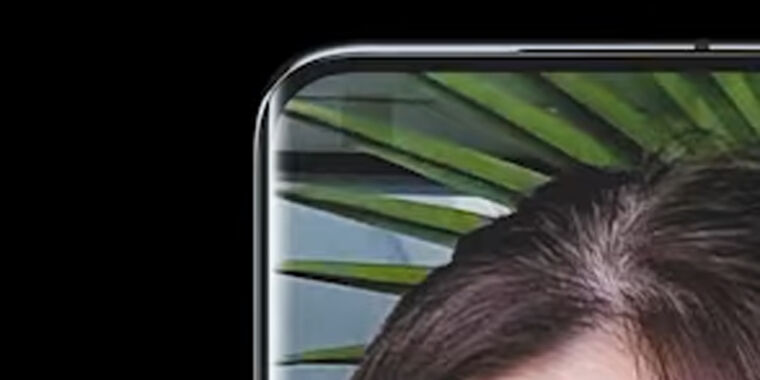 Front cameras have been the bane of smartphone design for the past few years. As screens get bigger and bigger and bezels get smaller and smaller, there’s ultimately nowhere to put a front camera that doesn’t interfere with the display. Manufacturers have mostly gone for clunky solutions that involve making the screen as big as possible and just cutting out the pieces you need to support the front camera. It started out as a notch-shaped cutout, and companies recently worked this down to a single circle that looks like someone brought a punch tool to the screen.

The holy grail of front camera design is the underscreen front camera. Why worry about camera placement when you can just push it behind the screen? Manufacturers have been broadcasting this idea in public for at least last year, with Xiaomi leading the charge. Today, the company is back with video footage of what it calls its “third generation” underscreen camera technology, even though Generation 1 and 2 never hit the market.

With the caveat that this is heavily biased promotional material, Xaiomi’s new camera appears almost invisible in every shot of the video except one. In the worst-case shot, which we captured above, the screen looks darker than normal above the camera area. A subscreen camera has to see through the spaces between the pixels, which involves a bit of thinning of the screen. Xiaomi’s graph shows that early prototypes would remove 75% of the pixels above the camera, but the latest ‘third generation’ technique retains full display resolution and uses smaller pixels above the camera, simply increasing the pitch of the points.

Even though Xiaomi is overselling things and the camera section of the screen looks a bit odd, the alternative here is complete and utter darkness. The sub-screen camera area is the same size as a camera cutout, and in this case, I think a few funny pixels are a better alternative than no pixels at all. The real question that we don’t have an answer to is “how will this affect the quality of the selfie camera?” because placing pixels in front of a camera may not be good for image quality. Manufacturers will likely have to choose between a high-quality selfie camera or a more transparent display.

One thing that doesn’t make sense in Xiaomi’s video and graphics is that the video shows a square camera cutout while the graphic shows a much prettier round cutout. Frequent Ice Universe smartphone leak has pictures of a Xiaomi prototype with a round cutout, and it looks great. Ice says the screen is from China Star Optoelectronics Technology (CSOT), a division of TCL.

Today, there are actually quite a few optical components that live under the screen of a smartphone. For years, phones have been wrapped in in-display optical fingerprint sensors, which, like a camera, are CMOS sensors that look through the pixels of the screen. However, it is much easier to read your fingerprint than it is to take a high quality photo because the image quality only needs to be good enough to resolve your fingerprint. We also regularly see under-displayed ambient light and proximity sensors (most recently in the Pixel 4a) further reducing the need for a senior manager.

Xiaomi says it “aims to bring this technology to the mass market next year.” The whole Xiaomi announcement is really geared towards getting ahead of ZTE, which has already claimed the title of “the world’s first under-screen camera smartphone” for the ZTE Axon 20 5G, a phone that will be announced next week.