YG smokes with Nipsey Hussle for the last time at Gravesite 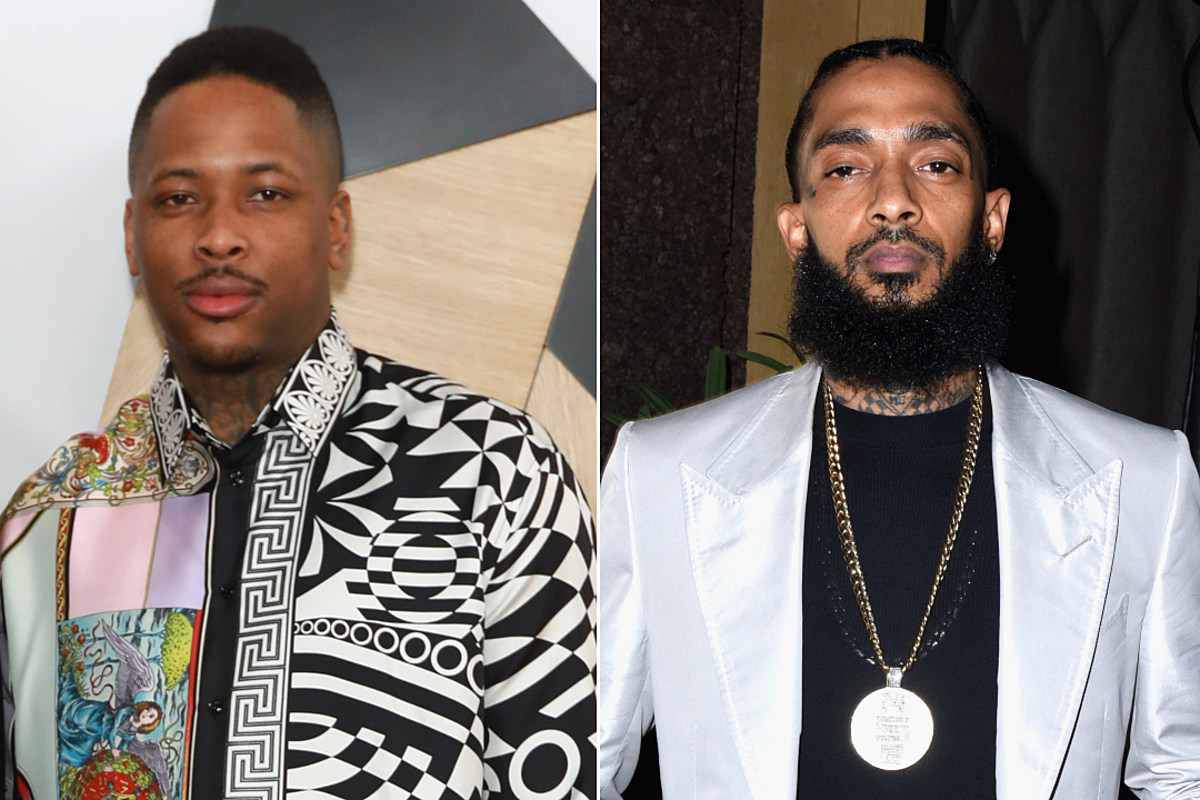 YG paid his last respects to the friend Nipsey Hussle smoking at the burial site of the late rapper.

Nip was put to rest Thursday (April 11) following a huge ceremony at Staples Center in Los Angeles. On Saturday (April 13), a video showing YG and a collection of his friends standing solemnly beside Nipsey's tomb was presented. This video still had to be covered with dust when shooting the video. YG blows on what appears to be a blunt object while looking into the open pit.

Although they are on the same side of the colors, the two artists share a strong friendship. They have collaborated on the tracks "FDT" (2016) and "The last time I've checc 'd" (2018).

After Nipsey's death, YG revealed the two rappers tried to make an album together. "I'm a lost friend, we had so much shit in the works," he said in a caption, a picture of the two rappers on Instagram. "TV shows being written, AMERIKKKAZ MOST WANTED album 2 on which we have tried to work twice but this has never been done If Niggaz knows PIN, then Niggaz knows that his own recording process has started He's starting to make music at 10am instead. "

He continued: "But we were 4sho gone to do it 1 day, damn brother … The shit we had is forever brother … THE WORLD DID NOT KNOW WHAT THEY PLAYED, I KNOW IT!"

YG also had a surprise solo album, he planned to drop this month that he awarded in the honor of Nip. Watch YG's video exploding at Nipsey's funeral site below.

Joe Rogan says Grimes did not give Dave Chappelle COVID-19