Zimmer says offensive meetings are "almost romantic for me" 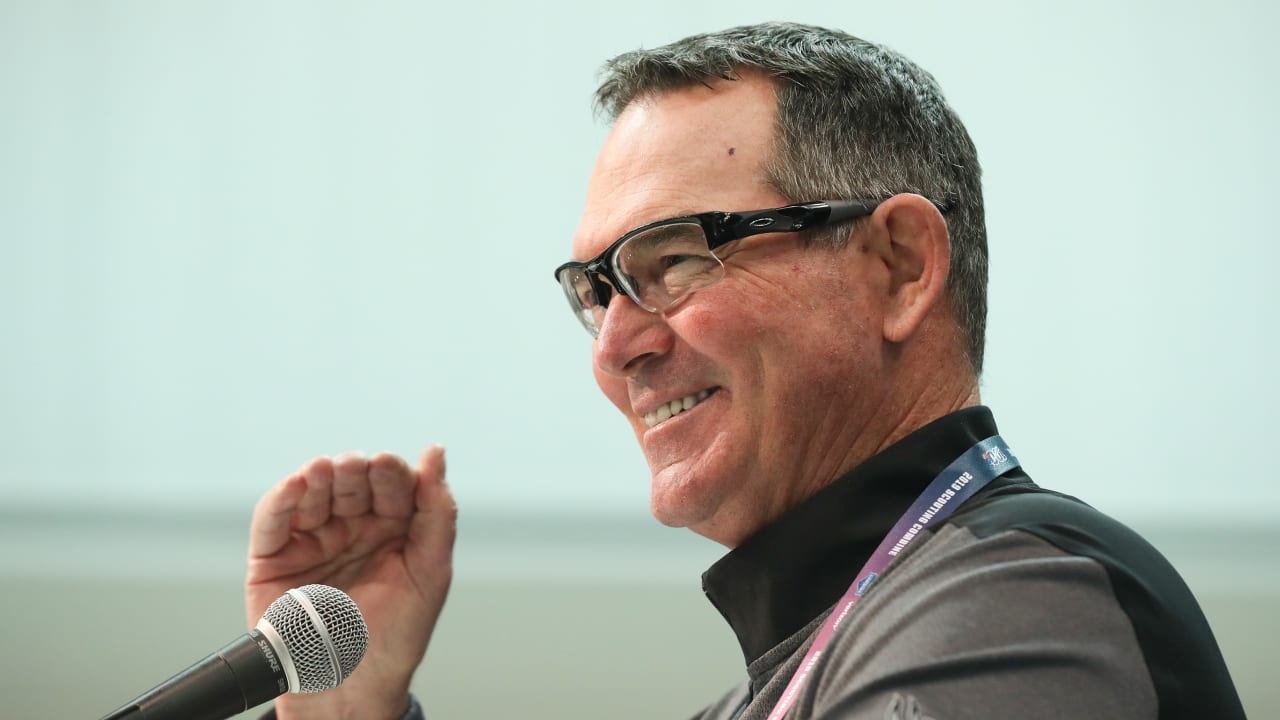 Head coach Mike Zimmer is excited about what the Vikings are preparing to attack.

In addition to his podium finish in Indianapolis at the NFL scouting competition, Zimmer also held a session with reporters defeated on Thursday and joined Paul Allen of KFAN on 9am to noon. In all three contexts, he highly appreciated Minnesota's offensive coaching staff, which has a new look in 2019.

"It's been outstanding, amazing," Zimmer told Allen during the radio show. "I was so impressed by the way Kevin Stefanski led the room, by the comments Gary made about many aspects of the system and how they dealt with this offense."

Shortly after his interview with Allen, the right-skinned coach was held in front of the NFL Combine's set and joked with reporters about his love for communication at offensive meetings.

"The way Gary talks, you know, it's almost romantic for me to be able to sit there – there's a sound background for you – to hear about Bill Walsh and this offense and its evolution. [with former 49ers assistant/Denver and Washington Head Coach] Mike Shanahan and so on, "Zimmer said. "As a footballer, all these things are exceptional. How did it happen, how did it work, how did it work in this particular situation, and how do they put it all together? "

Zimmer added, "I could not be happier with the way the situation has evolved."