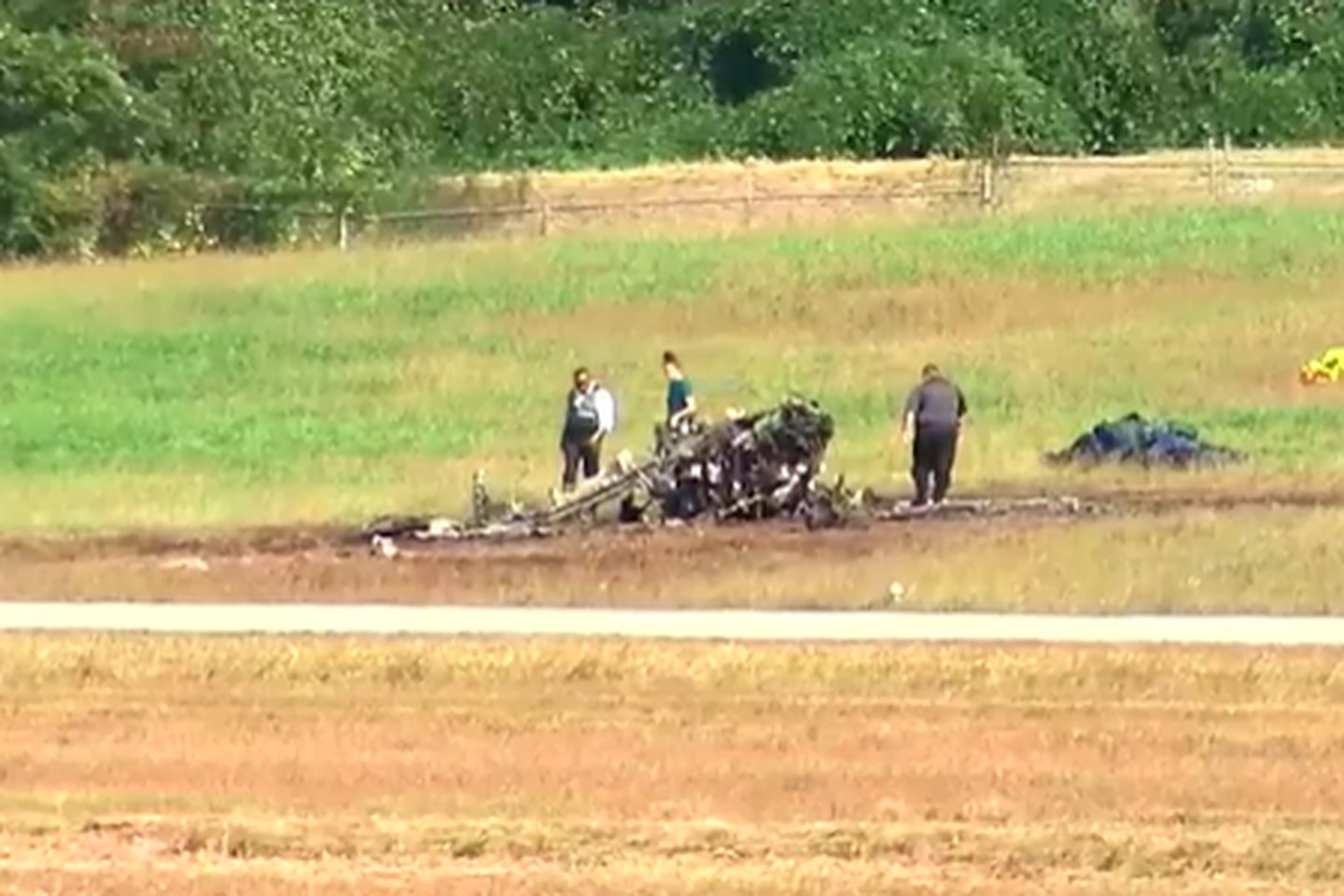 CHAMBLEE, Georgia – Four people killed in a plane crash at DeKalb-Peachtree Airport over the weekend have been identified.

Channel 2 Action News was able to confirm the identity of the pilot and owner of the aircraft on Sunday. Jonathan Rosen, 47, reportedly transported his daughter, another child and a family friend from Atlanta to Houston on Friday afternoon. None of them survived the accident.

His daughter has been identified as Allison Rosen. The other victims on board were Lauren Harrington, 42, and Julia Smith, 13. It is not known if the other two passengers were related.

NTSB investigators held a briefing on Sunday afternoon and they were able to confirm that the small Cessna 210 had crashed on takeoff. The aircraft had been recently modified via an engine swap and additional fuel on board contributed to the intense fire after the crash.

Channel 2 Action News reporter Steve Gehlbach said investigators removed the charred wreckage from the plane onto a truck on Sunday morning. Gehlbach spoke to Daniel Boggs of the NTSB who described what happened.

Boggs said NTSB investigators had previously spoken to witnesses and were watching videos of nearby businesses that captured the crash. He said the plane did not have a black box to record flight data or a voice recorder, and investigators would look at everything from maintenance records to communications with the control tower.

“We will be looking at the weight of the plane, the engine, the maintenance, the qualifications of the pilot,” Boggs said. “We will look at all the parameters.

Rosen was the CEO of Entaire Global Companies and also the chairman of the Jonathan Rosen Foundation which taught financial literacy to children. He has been described by family and those who knew him as a “larger than life personality” and someone who made an impact and inspired many young lives.

According to his family, Rosen was an accomplished pilot who helped build the aircraft’s modified jet propeller. Investigators said the aircraft’s original engine was a turbine.

NTSB investigators said the modification added another fuel tank to the aircraft. They believe this contributed to the intensity of the fire.

“This (the modification) was done recently,” Boggs said. “It’s a newer, newer plane for this pilot.”

Investigators told Gehlbach that the initial ground investigation would take another two to three days and the preliminary report would be filed in about two weeks. The NTSB said the full investigation report could take more than a year.