A Florida student arrested after refusing to defend her allegiance. 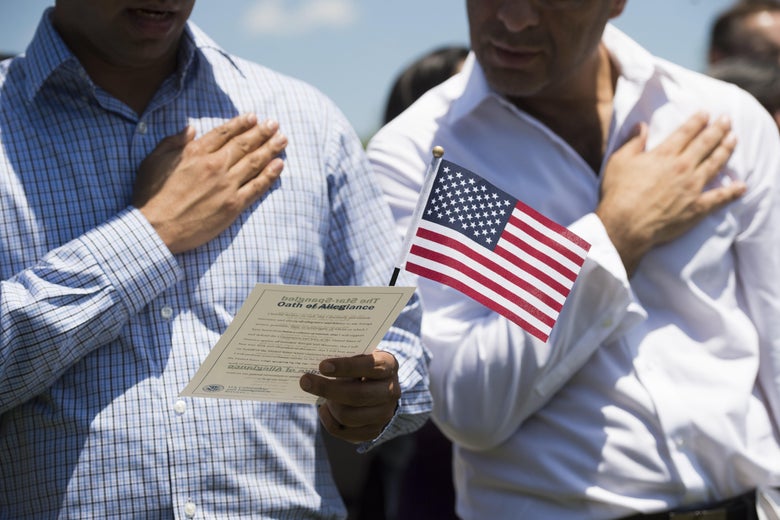 A student from the Lawton Chiles Middle Academy in Lakeland, Florida, was arrested after refusing to run for the Pledge of Allegiance. The incident began after a substitute teacher asked the 11-year-old to stand up and refused, saying he thought the US flag was racist. The teacher then apparently had a litigious dispute with the boy and asked him, "Why, if it was so serious here, he would not have gone to live elsewhere," according to a statement that the teacher gave to the district. "They brought me here," replied the boy.

Apparently, the teacher then thought that the best solution was to continue arguing with the 11-year-old girl. "Well, you can always go back," she replied, "because I came from Cuba and the day I felt I was no longer welcome, I would find another place where live. "The teacher decided to escalate the problem" because I did not want to continue dealing with him. The boy was later arrested after "refusing to follow several orders, repeatedly called racist and disruptive school directors," according to Bay News 9. The student denied the allegations that he would have threatened beat the teacher. He was finally charged with disturbing a school and resisting an officer without violence, reports the Washington Post.

Polk County Public Schools spokeswoman Kyle Kennedy insisted that the 11-year-old girl "was arrested after being disturbed and refused to follow the repeated instructions from school and school staff. forces of order. " Students "are not required to participate in the oath of allegiance," said Kennedy. According to a district manual, students may choose not to recite the oath of allegiance "with the written permission of the parent". The substitute teacher would not be allowed to work in any of the district schools as a result of this incident. "She was wrong. She was out of place, "said student mother Dhakira Talbot. "If she thought that there was a problem with the fact that my son did not stand up for the flag, she should have solved that problem in a different way."