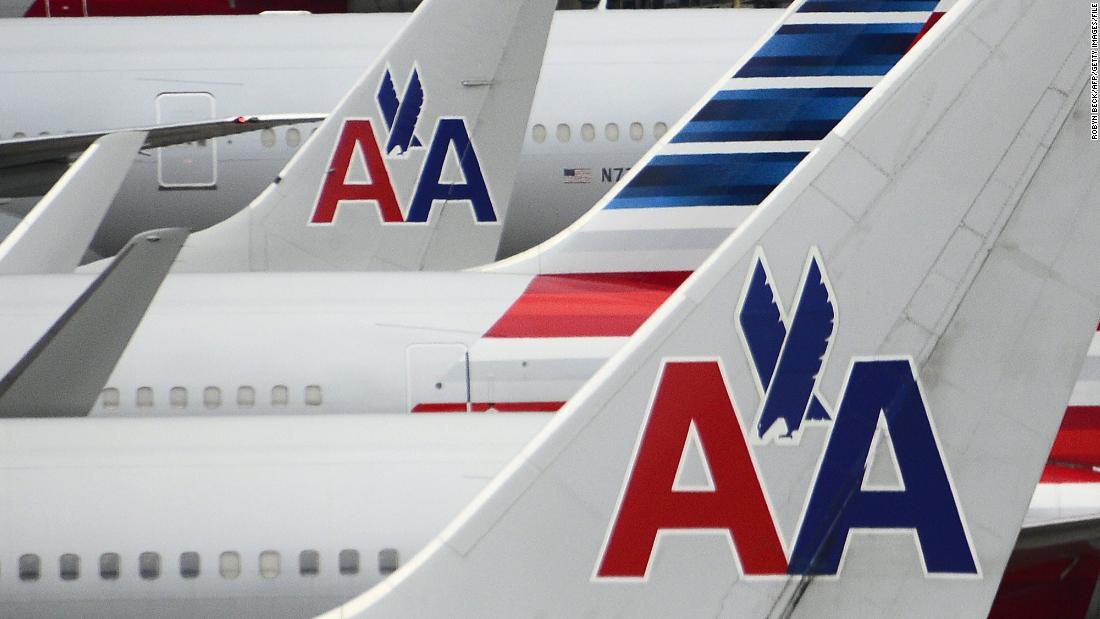 The incident began Friday morning as a plane from Minneapolis landed at Phoenix Sky Harbor International Airport. Police said that the man "acted strangely in the plane".

The man then "randomly touched the faces of other passengers" and sprayed on them an unknown substance from a vaporizer.

The man was brought to the front of the plane to get off before the other passengers. While waiting for the main door of the aircraft to open, the man opened a service door located on the other side of the plane and jumped. Police had stated that the fall was about 10 feet and that the man had been slightly injured.

Police and paramedics responded, said American Airlines in a statement to CNN.

The man was detained without incident, police said, then taken to a local hospital to treat his injuries.

Neither the police nor American Airlines indicated whether it had been determined what had been sprayed by the man, but no injuries were reported.

The police said that none of the other passengers wanted to file a complaint. Intrusion charges are being filed against the prosecutor's office man, police said.

The incident also did not disrupt airport operations, police said.

Biden forces international travelers to self-quarantine upon arrival in US