A new species of bacterium & # 39; golden death & # 39; digests parasitic worms from the inside 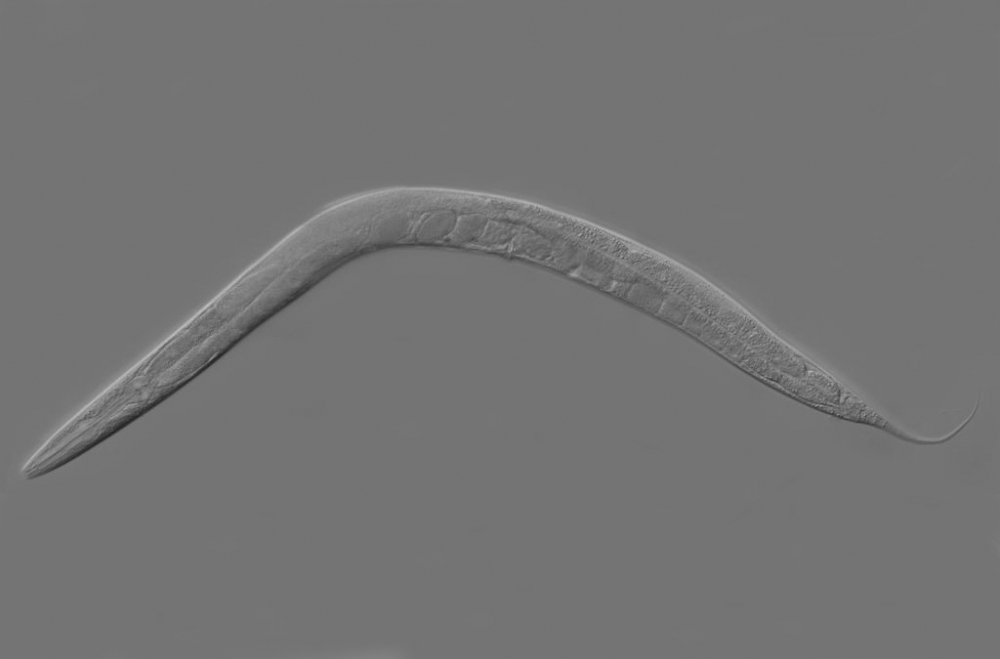 A new species of bacteria, Chryseobacterium nematophagum, has been found to digest its hosts – round worm parasites – from the inside out. The results, presented in the journal in open access BMC Biology, suggest that the bacterium could possibly be used in the future to control roundworm infections in animals, plants and, possibly, humans.

The researchers isolated two new bacterial strains, JUb129 and JUb275, from isolated roundworms living on a rotten apple in Paris, France, and a rotten fig in Bangalore, India. In laboratory experiments, the researchers fed larvae of the nematode worm with the bacteria that produce yellow mucoid colonies with a pungent odor. C. elegans, a common model species for the study of pathogens of nematodes.

The authors observed that the C. elegans the larvae that fed on the bacteria came to rest within one hour. Of the larvae exposed, 50% were killed within three to four hours. Seven hours after the ingestion of the bacteria, all the worms were dead. After 24 hours, only the traces of the larvae, representing the exoskeletons of the worms – known as cuticles – were present.

To find out which genes might be involved in the ability to destroy nematodes from C. nematophagum, the authors compared the genomes of the two newly identified species with those of five others Chryseobacterium species that are not known to kill nematodes. They found that C. nematophagum has specific genes that encode enzymes that break down chitin and collagen. These genes are part of about 13% of the genome of the bacterium that is unique to C. nematophagum.

The authors tested C. nematophagum against a number of different parasitic nematodes, including trichostrongylid worms and strongylids, which infect cattle and domestic animals, some of which become resistant to worm treatments. These worms were killed by the bacteria in the same way that C. elegans.

Professor Page said: "Nematode parasites are very common, cause disease and have an economic impact on animal husbandry.They are mainly controlled by a limited group of drugs called anthelmintics, which lose their effectiveness as worms are resistant to many of these drugs, our results raise the possibility that C. nematophagum – or the specific properties that make it highly virulent for many species of nematodes – could provide a future means of controlling increasingly problematic parasites that currently constitute a major burden for public health and the agricultural sector. "

Explore further:
Nematodes have a positive influence on larval microbiomes of Coleoptera