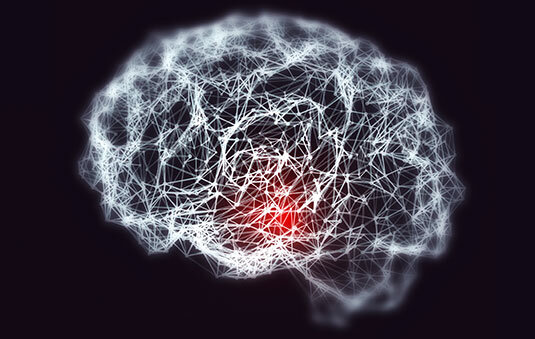 Researchers at the German Center for Neurodegenerative Diseases (DZNE) and the Institute for Research on Brain Disease and Dementia (ISD) at the LMU Medical Center have discovered that a protein called TREM2 could have a mitigating effect on the evolution of Alzheimer's disease. In a new study led by Professor Christian Haass (LMU, DZNE) and Professor Michael Ewers (ISD, LMU), patients with higher levels of TREM2 in their cerebrospinal fluid (CSF) at different stages of the disease exhibit better prognosis than those in which the protein is present in less quantity. This observation provides a starting point for the development of new therapeutic strategies. The study appears in the latest issue of the journal Translational medicine science.

In the brain, TREM2 is produced exclusively by microglia, which serves as immune cells to the organ. These cells patrol the brain, eliminating cell waste and abnormal extracellular deposits. Previous studies conducted by Haass and colleagues in mice had shown that TREM2 activated microglia to selectively trap and destroy the toxic protein aggregates typical of Alzheimer's disease. These observations suggest that TREM2 could protect the brain from the degenerative effects of Alzheimer's disease, at least in the mouse model. But can these results be extended to patients with Alzheimer's disease? Does TREM2 also have a protective effect on the human brain? In previous work, teams led by Haass and Ewers had also shown that the concentration of TREM2 was high in CSF specimens collected from patients with Alzheimer's disease, most likely as a result of the disease. activation of microglia in response to pathological changes associated with the disease. However, the crucial question remained unresolved: Do higher levels of TREM2 represent a protective or deleterious response to these changes?

In order to answer this question, Ewers, Haass and their colleagues sought to establish a statistical correlation between the concentration of TREM2 in CSF samples taken from their patients and the rate of progression of the disease in these individuals over several years. They used data from 385 patients, collected by the Alzheimer's Disease Neuroimaging Initiative (ADNI), a large set of clinical data including medical records and samples taken not only from patients with Alzheimer's disease. Alzheimer's disease, but also on healthy elderly people who have undergone regular examinations for many years. . These data should make it possible to discern any significant association between specific biochemical changes and the clinical course of Alzheimer's disease.

Indeed, Ewers and Haass were able to confirm that higher concentrations of TREM2 were linked to a more favorable prognosis at all stages of the disease. In these subjects, the memory was less unstable and the rate of hippocampal shrinkage – a region of the brain that plays a vital role in learning and memory – was less pronounced. "Our results are clinically relevant because these patients presented a risk of developing dementia consistently reduced over an 11-year period," Ewers said. "However, the activation of microglia is a double-edged sword.In addition to providing protective effects, it can lead to inflammatory processes.However, TREM2 could play a key role in triggering an answer." protective immune system in the brain of patients with Alzheimer's disease. "

The concentration of TREM2 in the CSF usually increases during the early stages of the disease, when the first symptoms appear. "The production of TREM2 is a response to an existing brain injury," says Haass. "The protein stimulates microglia to protect the brain, however, this protection does not seem sufficient in patients with Alzheimer's disease." It is there that Haass and his colleagues see an option for new therapeutic strategies. "We are currently developing a therapeutic antibody that stimulates the TREM2 function and thus improves its protective effect," he said.

Quote:
A possible protective immune response in the brain could slow the progression of Alzheimer's disease (August 29, 2019)
recovered on August 30, 2019
from https://medicalxpress.com/news/2019-08-immune-response-brain-alzheimer.html