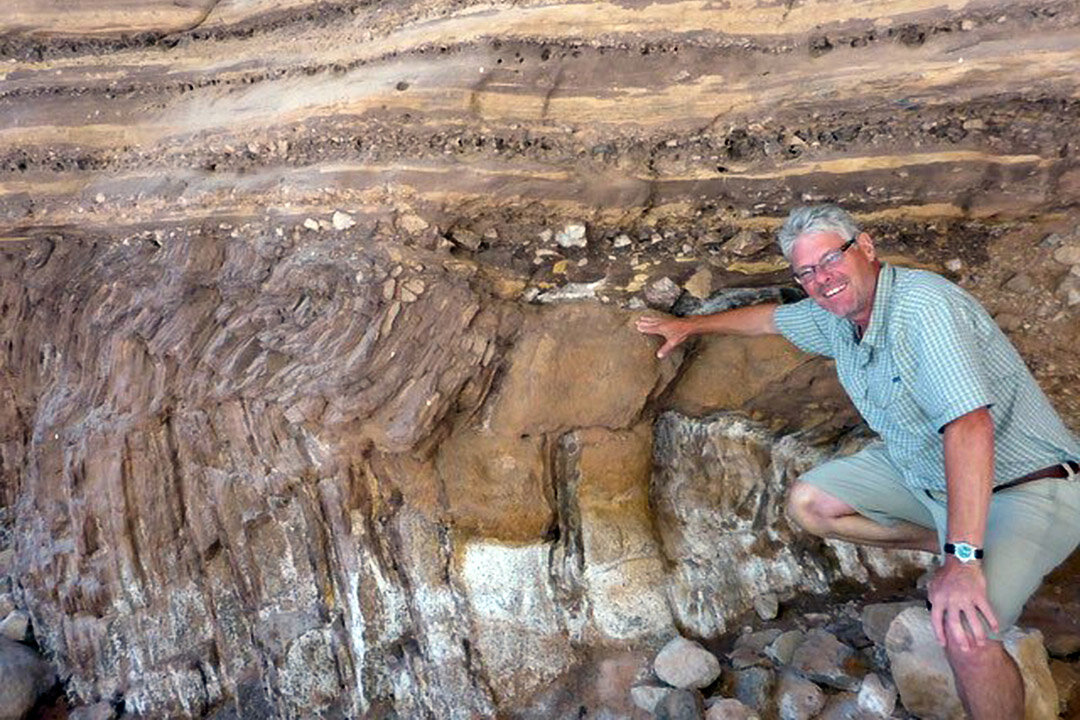 Prehistoric worms populated the seabed 500 million years ago – research conducted by the University of Saskatchewan (USask) shows that life was active in a considered environment until 39; then as uninhabitable.

It was believed that the deep seabed of the deep ocean during the Cambrian period was inhospitable to animal life as they lacked oxygen to sustain it.

But the research published in the scientific journal Geology reveals the existence of fossilized fossil worms dating back to the Cambrian Period 270 million years before the dinosaurs' evolution.

The discovery of Professor Brian Pratt of the USask suggests that animal life in sediments at this time was more prevalent than previously thought.

Tunnels of worms, burrows where worms have lived and been absorbed by sediments, are invisible to the naked eye. But Pratt "had a foreboding" and cut the rocks and scanned them to see if they were showing signs of old life.

The rocks came from an area of ​​the distant Mackenzie Mountains in the Northwest Territories in Canada, discovered by Pratt 35 years ago.

Pratt then digitally enhanced the images of the rock surfaces for a closer look. It was only then that the hidden "fast track" of burrows made up of different sizes and types of prehistoric worms emerged in the rock.

Some measured just one millimeter and others a big finger. The smaller ones were probably made with simple polychaetes – or hair worms – but one of the great forms was a predator that attacked unsuspecting arthropods and surface worms.

Pratt is said to be "surprised" by this unexpected discovery.

"For the first time, we have seen the presence of large populations of worms living in sediments – which we thought were sterile," he said. "There are 500 million years ago, there were 500 million years ago, galleries of cryptic worms – terriers – in the mud of the continental shelf, and more animals reworking or bioturbating the bottom of the sea that we would never have thought of. "

Pratt, a geologist and paleontologist, and a member of the Geological Society of America, discovered tunnels in sedimentary rocks similar to Burgess Shale, a famous fossil site in the Canadian Rockies.

The discovery may prompt rethinking the level of oxygenation in the ancient oceans and continental shelves.

The Cambrian period was marked by an explosion of life on Earth in the oceans and the development of multicellular organisms, including worms, clams, snails and ancestors of prehistoric crabs and lobsters. Previously, the seas were inhabited by algae and single-celled microbes.

It has always been assumed that the creatures of the Burgess Shale – known for the richness of their fossils – had been preserved so immaculately because the lack of oxygen at the bottom of the sea put an end to the decomposition and that it was the only way to get rid of it. no animals lived in the mud to feed the carcasses.

The discovery of Pratt, along with co-author Julien Kimmig, now from the University of Kansas, shows that there was enough oxygen to sustain various types of worms in the seabed.

"Serendipity is a common aspect of my kind of research," said Pratt. "I found these unusual rocks quite accidentally all these years ago." I had quite prepared a series of samples and when I improved the images, I "ve found a lot of samples. I was really surprised by what I found, "he said.

"This has many implications that will now have to be examined, not only in Cambrian schists but also in younger rocks, and people should try the same technique to see if it reveals any signs of life in their samples."