Amazon is in class war 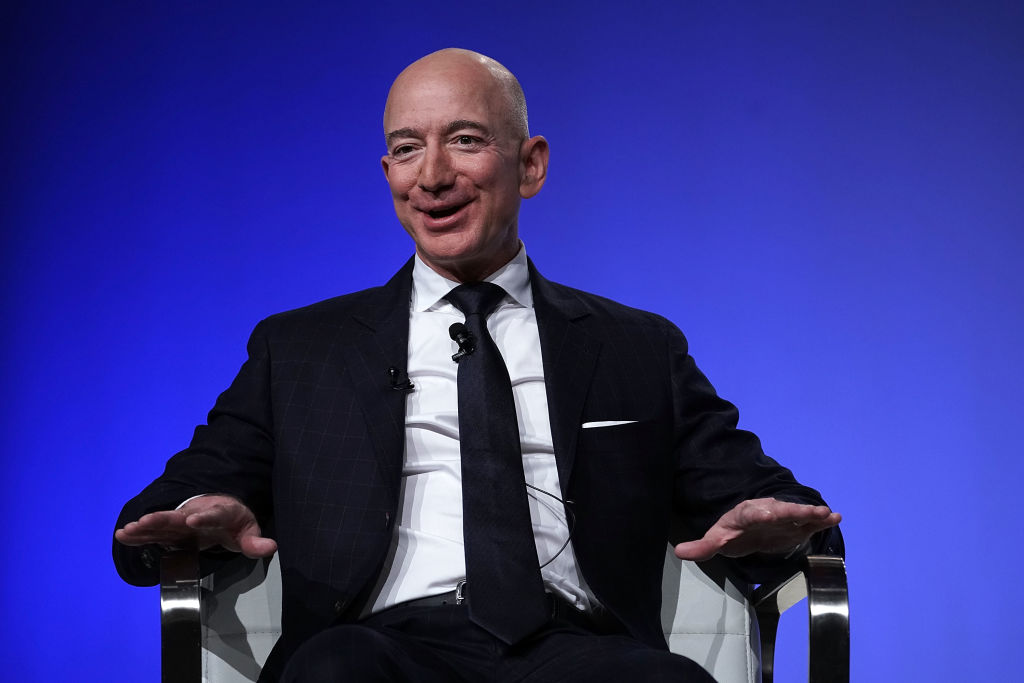 Amazon's sudden announcement that it will withdraw from the construction of a second head office in Queens, New York – which was to employ at least twenty-five thousand people expected to earn an average of $ 150,000 a year – does not make sense. Amazon had followed a long and complex process to choose the optimal location of its new campus. As it was suspected, Amazon settled in a city (actually two) that had a high concentration of workers with the necessary technical skills, a large airport, public transportation and the type of cultural attractions that would encourage employees. to settle in or stay in this city.

New York and Washington met the criteria set by Amazon. In addition, Washington is the political capital of the country and New York, the capital of almost everything else. Neither New York nor Washington offered such lavish financial incentives as the other candidates, who sought to compensate for their less educated workforce, the lack of a viable downtown and their cultural wasteland. huge gifts.

Opposition to the agreement with Amazon, while intense and encouraging, was likely to be defeated in the end. Governor Andrew Cuomo and Mayor Bill de Blasio had the power to bypass the objections of other elected representatives and to pass the necessary zoning changes so that Amazon could build its ideal campus. Governor Cuomo could have prevented the Senate's appointment of the state's opponent from the seat, and the Queensland state senator, Michael Gianaris, to the Board of Control of Public Authorities, which had the power to reject projects like Amazon's. Most cash grants and tax rebates were "as of right", which meant that they did not need to be approved: it was about payments on the part city ​​and state governments to any business that creates enough new jobs in parts of the city. classified as "distressed".

Mayor of Blasio, in a New York Times op-ed, offered suggestions on how Amazon could have reduced and divided its opponents: "Meet the organized workers. Start hiring social housing residents. Invest in the infrastructure and other needs of the community. Show that you care about fairness and creating opportunities for Long Island City workers. De Blasio said he had offered the same advice to Amazon a few days ago. Why did not Amazon listen to the mayor and all the lobbyists they hire for more than $ 14 million a year and who, no doubt, came up with similar suggestions? Why is Amazon rather removed from New York so abruptly?

Amazon is organizing a strike in the capital. Just as workers can retain their work in exchange for concessions, so can capitalists. Capitalists go on strike to force governments to create a "good investment climate". By this, the capitalists mean low taxes on their companies and on them individually, as well as regulatory reductions. They also want governments to weaken or ban unions.

Most often, when we think of capital strikes, we look at cases against left-wing governments in poor, poor countries in the South. The capitalists stopped investing in Venezuela the moment Hugo Chavez became president, as in Chile under Salvador Allende. However, capital strikes are also used to extract specific concessions from the governments of the richest and most stable countries. After the 2008 financial crisis, banks refused to lend to non-financial corporations until the governments of Europe and the United States agreed not to impose stricter rules on finance. .

Amazon also unleashed a strike in the capital on its hometown, Seattle. In 2018, the Seattle City Council unanimously passed an annual business tax of $ 275 per employee, generating revenues of more than $ 20 million, to finance the construction of apartments and shelters for the homeless. shelter of the city. Amazon responded by immediately suspending the construction of a new office complex in Seattle. Amazon has explicitly stated that it will not resume its investments in Seattle until the tax has not been removed. Faced with the capital strike of Amazon, Seattle City Council quickly repealed the tax.

Within the limits of neoliberal politics, we have no choice but to go to strikes in the capital. But if we change the rules under which the capitalists and the majority of the working class live, we can overcome capital strikes and decide how the fruits of our labor will be invested.

The mayor of Seattle, in a perfect expression of neoliberal thought, said that Amazon and other companies would find non-monetary means to fight homelessness. "What we heard from society to society when I talk to them is:" Tap us for our expertise. . . Some of the most talented people in the world are here in Seattle. [who can provide] analysis of data, dashboards, applications and software for the city '' to fight against homelessness. She compared such promised applications to those used by the wealthiest to book hotel rooms worldwide. Of course, no application can bridge the gap between tens of thousands of homeless people in Seattle and the much smaller number of available housing.

The same dynamic is happening in other cities, especially in San Francisco, where growing and wealthy businesses are attracting many well-paid workers who can outbid the poorest for a stagnant or slow-expanding housing pool. A similar result would have been inevitable if Amazon had brought 25,000 highly paid employees to Long Island City, which is one of the few places in New York where low- and middle-income people can still afford to rent apartments.

The capital strike of Amazon in New York is unusual in that it was not aimed at repealing a tax, obtaining a specific concession or canceling a set of regulations. Instead, Amazon just wanted to give a lesson. Amazon has sought to demonstrate that it would never recognize unions, or make unionization or even neutrality a topic of negotiation with a city, state or country that wants to attract Amazon facilities. .

We do not yet know all the details of Amazon's exchanges with New York officials, let alone its internal deliberations. Thanks to corporate and government secrecy, we may never know everything. But we know that Amazon has a long, uninterrupted list of total hostility towards unions. Amazon's profits depend on its ability to ship goods at a lower and lower cost, in order to reduce brick and mortar inventory. Amazon accomplishes this by paying its warehouse workers as close as possible to the minimum wage and even more by imposing a work rate that hurts employees working in dangerously hot or cold buildings.

Unions negotiate and go on strike to get better working conditions and higher wages. If Amazon workers were able to unionize, the profits of this company would be reduced to nothing. Thus, even though the highly paid executives and technicians employed by Amazon in New York probably would never have joined a union, the few construction and support workers employed in the construction and maintenance of the new campus would have reasons to join a union. These workers would have benefited from the support of public officials in New York who asked Amazon to facilitate or remain neutral in the union campaigns in the city.

The financial cost of a few hundred unionized workers in New York would have been insignificant compared to the profits made by Amazon. But the precedent and the resulting challenge for Amazon's union-free business model would have been transformative. That's what Amazon decided to block with its sudden withdrawal from New York.

Most strikes in the capital are effective. Governments are retreating and doing what capitalists are demanding in return for a recovery in investment. President Obama, despite his election promises and widespread popular rage against bankers at the root of the 2008 financial crisis and the Great Recession that followed, has almost entirely collapsed to the strike of the capital. Few regulations were imposed on banks and those that were adopted contained mechanisms for financial corporations to lobby for revisions that further underestimated these rules.

Since Amazon does not apply in this case but simply cautions governments and future communities against the insistence on the right of Amazon workers to unionize, the consequences will depend on the way ordinary people interpret and react to this episode. Already media, public officials and other companies denounce activists (especially Alexandria Ocasio-Cortez) who oppose the New York agreement with Amazon. As long as we leave investment decisions and workers' rights in the hands of for-profit companies, the possibilities of capital strike will continue to widen.

The only alternative to yield again and again to the demands of the capitalists is to legislate national and ultimately global limits to the freedom of companies to make decisions on investment and employment. If the minimum wage really becomes a living wage, companies will no longer be able to force workers and localities to compete for jobs at lower wages. We need to strengthen workplace health and safety laws and regulations and strengthen the OSHA (Occupational Safety and Health Administration) implementation capacity.

More importantly, we need to shift the control of investment decisions from capitalists and private companies to public entities responding to mass needs and demands. There are different ways to do it. Elizabeth Warren proposes an accounting capitalism law that would require companies with annual revenues in excess of $ 1 billion to adopt a federal charter (eliminating their ability to gamble against states) and allocate at least 40 percent seats on the board of directors. Such a model has been used for decades in Germany, the Netherlands and the Scandinavian countries. This would be an important first step. Bernie Sanders took a different approach, aimed at facilitating the unionization of workers and developing businesses owned by their employees.

But we should go further. If we were to raise the tax rates of the wealthy and the corporations from the levels of the 1940s and 1950s, as Sanders and Alexandria Ocasio-Cortez suggest, and impose a wealth tax, as Warren suggests, of incomes sufficient would be generated for the government to become the dominant investor. The funds could be used for a Green New Deal, to provide free education for all, from preschool to university, as well as for other projects deemed useful by ordinary citizens rather than by capitalists. Investments would be made to improve the quality of life for everyone and the future of our planet, not to enrich the already rich people in an obscene way.

Within the limits of neoliberal politics and economics, we have no choice but to submit to the strikes of capital. But if we change the rules under which the capitalists and the majority of the working class live, we can overcome capital strikes and decide how the fruits of our labor will be invested. We must first realize that we have a concrete choice. Second, we need to mobilize to make others aware of the possibility of transcending the dark options and non-negotiable demands of Amazon made last week in New York and that Amazon and other companies will continue to do in the future.