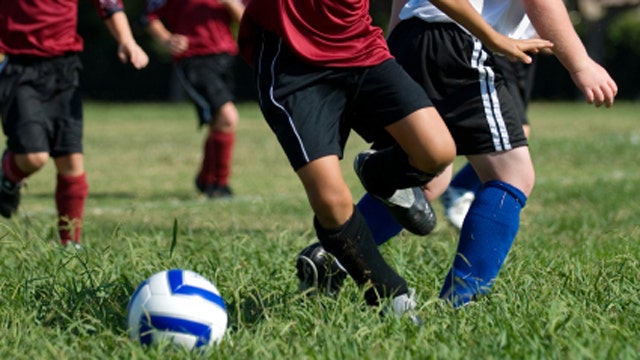 An Irish football team was obliged to apologize for falsely reporting the death of a player.
(IStock)

An Irish football club was forced to apologize on Tuesday after falsely stating that one of its players had died.

Ballybrack FC told Leinster Senior League officials that Fernando Nuno La-Fuente had been killed in a motorcycle accident, forcing the postponement of his match against Arklow Town FC, according to the Guardian. League players also wore armbands in memory of La-Fuente, according to Deadspin.

The League investigated the death of La-Fuente and discovered that some of his teammates were posting on social media that he had returned to Spain, according to the Guardian.

"We rang and we could not get an answer," said David Moran, president of the Leinster Senior League, at RTE Sport. "We checked hospitals everywhere. Nobody could find anything about this young man. Some of his teammates [then] has published information on social media, claiming that he had returned to Spain four weeks ago. "

The league has condemned Ballybrack FC after the confirmation of La-Fuente's return to Spain.

"The Leinster Senior League would like to acknowledge that the notification of the death of a Ballybrack FC player communicated to all member clubs and media partners is unfounded," Moran said in a statement Tuesday, adding that the player was "in good position". health "and returned to Spain.

"Starting tonight, an emergency meeting was organized and the person in question was relieved of all his football duties, within Ballybrack FC, his senior team and his roles in the club himself. even. The club has contacted Fernando to confirm his location, his well-being and he is grateful to have accepted our apology on this subject, "reads a statement.

"This serious and unacceptable error was completely false and was committed by a person who experienced serious personal difficulties without the knowledge of all the other members of the club. The club will continue to provide due diligence to all parties and provide the support it may need at this time. This person had already greatly contributed to the club's senior team in recent years and to the wider football community in Dublin for decades.

Moran told the Irish newspaper that he would meet the club on Thursday to discuss a punishment.