Baker Mayfield stands next to Hue Jackson comments: "I say what I think" 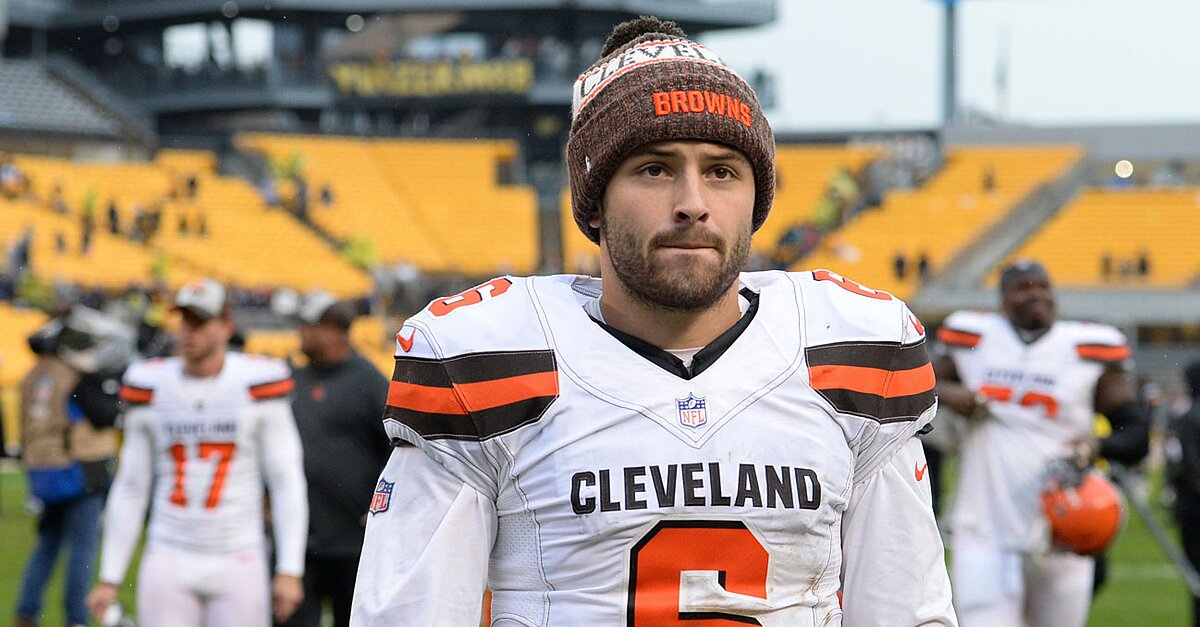 Mayfield has maintained his criticisms of Hue Jackson's decision to join Bengal coaches so soon after being sacked by Cleveland.

At his post-match press conference last Sunday, Baker Mayfield, quarterback of the Browns, called Hue Jackson for landing a job at the Bengals shortly after being sacked from his post. Cleveland coach. Mayfield's remarks came after the Browns beat Cincinnati, 35 to 20, at the team's first meeting since Jackson had joined Marvin Lewis's coaching staff as an assistant. special.

QB rookie was criticized for his remarks, but Mayfield told reporters Wednesday that he was maintaining his remarks.

"People understood that I was personally attacking Hue, that's not it," said Mayfield. "It's the fact that I have my own opinion about how things went and what he wants. It's like that. Even though I am an athlete, I am not a quarterback of the cookie cutter. Never, never will be.

"I speak like me, that's what I am," he added. "I did not like the move and people do not have to worry about it.I do not seek anybody's approval.I do not regret anything.It is about this team and what we have and we need to stay together and play together. "

Damien Woody, an analyst at ESPN, criticized Mayfield's remarks on Monday First take and suggested that the 23-year-old's comments were childish.

"Baker Mayfield needs to grow," said Woody. "It's professional football, you're dealing with adult men, things are going on in professional football, people are being fired, go to other teams, players are being cut, go to their rivals, it happens all the time, the coach gets fired, he decides to get a job, a job available for which Marvin Lewis has obviously spoken to him. "

Woody then called Mayfield for criticizing Jackson for being transferred to another team at AFC North after Mayfield's transfer from Texas Tech to Oklahoma at the University, the two Big 12 teams.

Mayfield responded to Woody's comments section of a video on the show's official page by calling Jackson "fake".

"Not even comparable …," Mayfield wrote, referring to his decision to transfer. "I have not lost more than 30 games, whether it's fake, then I'm doing this … I was not going to get a bursary … Good try buddy (Sic)"

Asked about the behavior of their quarter against the character of Jackson, the Browns said Wednesday: "Things are happening in the building.No reason to go into details about it.We moved on to something else" by Mary Kay Cabot from Cleveland.com.