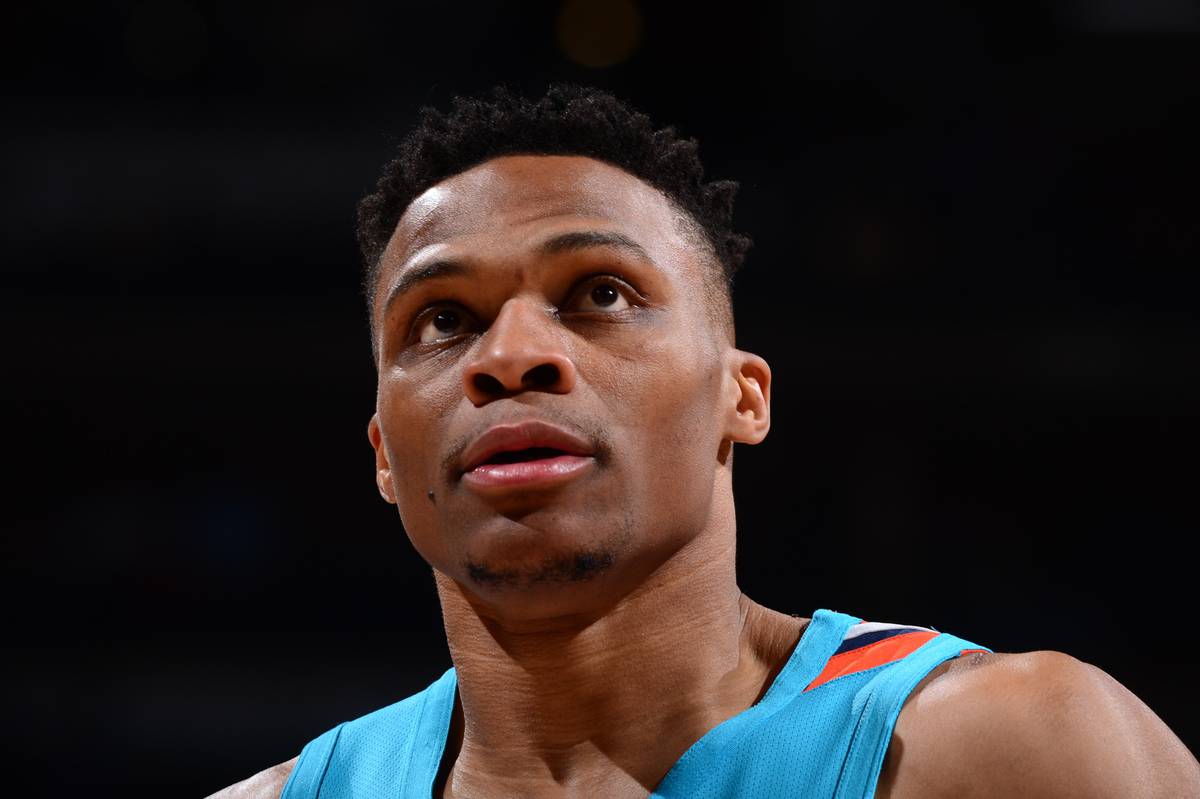 Thunder's Oklahoma City Thunder rookie Russell Westbrook belittled a young fan who slapped his back in Wednesday's game against the Denver Nuggets.

The child sitting on the edge of the field could be seen hitting Westbrook after a foul was sounded and the match was stopped.

Westbrook, who is famous for his intense look, initially looked confused before starting to look at the child, who sat down solemnly. The boy then made a clumsy hand sign to Westbrook.

Westbrook, married with three children, addressed the father of the child without getting angry.

"You have to control your kids," Westbrook told reporters following a question about the exchange. "It's as simple as that, he's responsible for his child, watch the game, sit down, have fun, enjoy it.

"There is too much room for all fans to touch the players and get out," said Westbrook. "We can not react and do the things we need to do to protect ourselves.

"It's important that they understand – children, whoever, dads, mothers – that they can say what they want, provided it's respectful, but touching, for me, is out of reach. "

Asked about his initial reaction to the child, Westbrook said he was confused because he did not know who hit him.

"No, no, so I turned around and saw that he was a child," he says. "At first you did not know it, but I can not … What am I going to do? Jump in the bleachers?"

Westbrook has already had several meetings with adult fans.

He yelled against a fan of Utah Jazz in the playoffs last April, when the man put a camera in his face as he headed for the locker room.

In a similar incident this season, another Jazz fan shouted something in Westbrook's face as he walked on the floor. Westbrook turned around and screamed, sending the fan back to his seat.