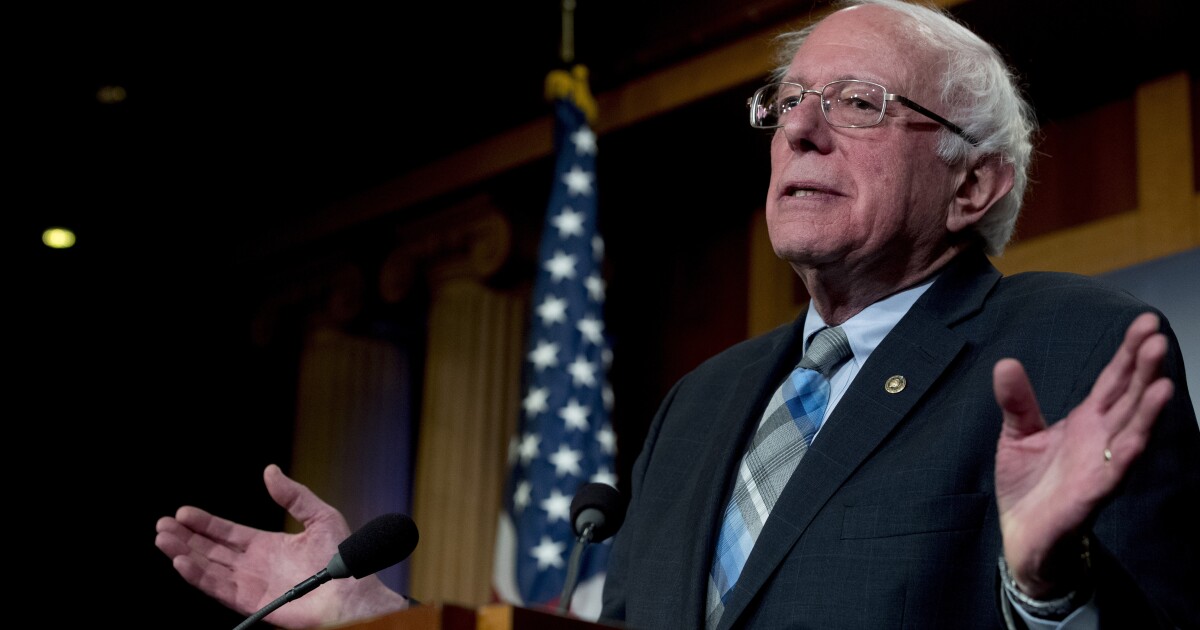 reThe Democratic presidential candidate, Senator Bernie Sanders, says that as part of his socialized health insurance program, people who lose their private insurance will keep their doctors and hospitals if they like them.

This is a variant of the lie that has had devastating political consequences for President Obama, who had repeatedly promised that people who loved their doctors and their health care plans could keep their plan while that. in fact, millions of people lost their favorite coverage when the program was implemented. .

While Sanders admits his plan will deprive people of their private coverage, he insists that it will not affect their choice of doctor or hospital.

"What Happens to 180 Million People in the Private Insurance Market?" John Dickerson of CBS asked Sanders when he announced that he was running for president in 2020.

"They will continue to consult the doctors of their choice, the hospitals they need," replied Sanders. "The color of their insurance card will change."

He had also pushed the lie earlier in the interview, when Dickerson had asked him about polls showing that support for the "Medicare for all" proposal was collapsing as soon as people realized that this would mean that they will lose their private insurance.

"It's because we're going to attack insurance companies and pharmaceutical companies that are going to spend a lot of money distorting what we believe in," he said. "For example, they will tell people" You will lose your current health insurance at the time of employment. " Yeah, but you're going to have the same doctor. You will have more freedom of choice in our proposal than in the current proposals. So, there is a lot of misinformation circulating on this issue. "

In reality, the misinformation comes from Sanders. Sanders absolutely can not guarantee that all doctors and hospitals of all insurance plans will participate in its government-run program.

Sanders likes quote a study The libertarian Mercatus Center proves that his plan would save billions of dollars. However, this figure is based on the assumption that his plan would reduce payment rates to physicians and hospitals by 40% in relation to private insurance, which, according to the study, would carry the payments "at lower levels on average than the current costs of providers, provide care." The study warns: "It is unclear to what extent providers will respond to these losses by reducing the availability of health care services. health, the quality of these services, or both. "

In the current system, doctors who accept Medicare and Medicaid can earn more money by transferring costs to those who pay privately. Eliminate private insurers, as Sanders would, and it's a whole new game.

The proposal of a single federal medical care financier is that it would allow the government to use its bargaining power to reduce payments to claimants. But the idea that all doctors and hospitals, many of whom are already ready to fight socialized health insurance proposals, would simply absorb a significant reduction in their salary and continue to participate in the government plan as if nothing did not change was disconnected from reality. .