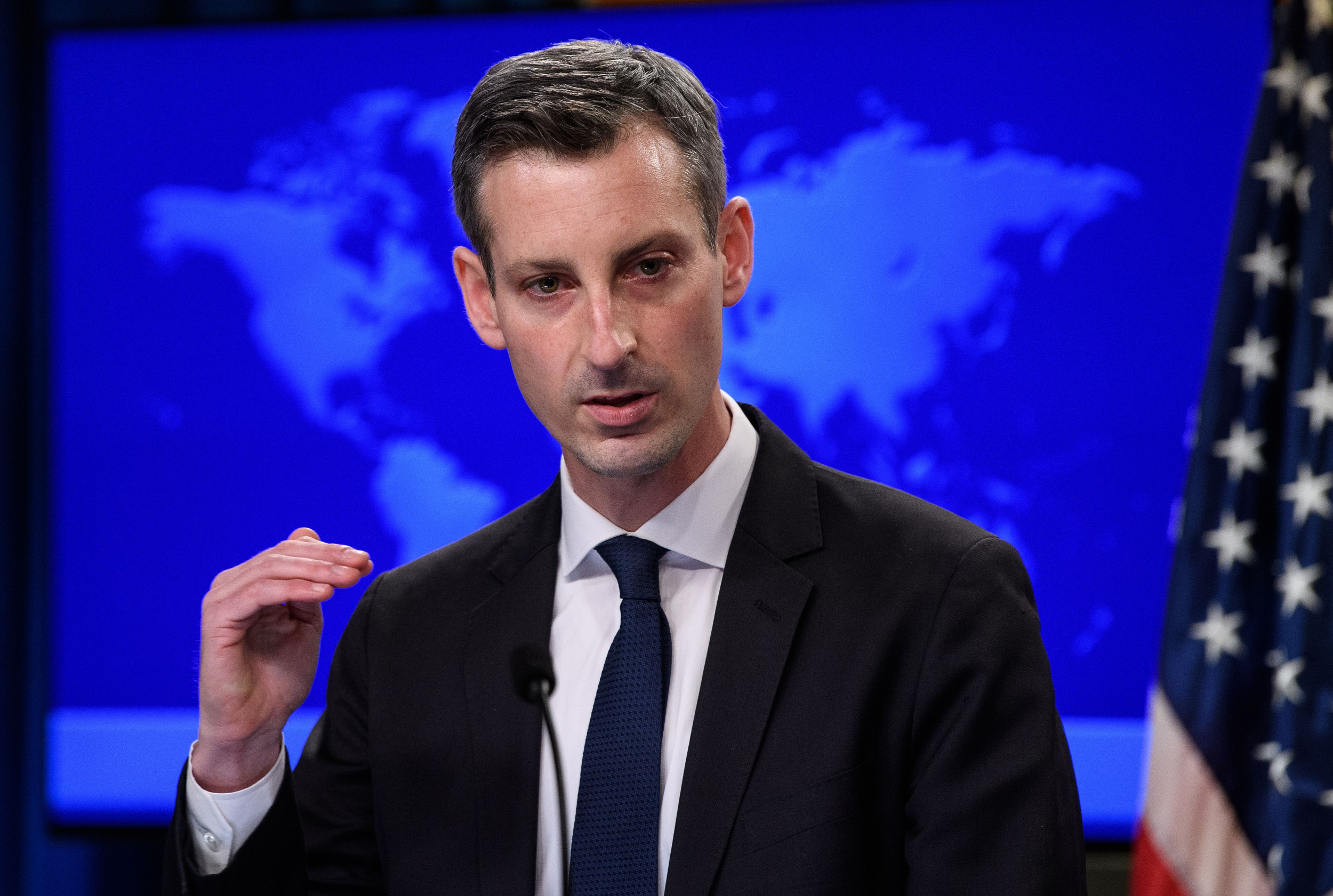 President Joe Biden’s administration dodged an Iranian offer to coordinate the return of the two countries to their nuclear deal commitments, arguing that the Islamic Republic must first reinstate the suspended restrictions in response to the The United States completely abandoned the agreement almost three years ago.

The agreement, officially known as the Joint Comprehensive Plan of Action (JCPOA), was concluded in 2015 by the United States and Iran, alongside China, France, Germany, from Russia and the United Kingdom.

Former President Donald Trump walked out of the deal in 2018. Faced with stiff US sanctions, Iran has started enriching uranium beyond designated ceilings, which the Biden administration says is blocking a American return to agreement.

“If Iran returns to fully comply with its obligations under the JCPOA, so will the United States,” State Department spokesman Ned Price told reporters at his first press conference on Tuesday. , “and we would then use that as a platform to build a longer, stronger agreement that also addresses other areas of concern.”

However, he stressed that “we are far from it”.

Tehran has vowed to restore those limits, which Iranian officials say were taken under the agreement’s dispute settlement clause, but only if Washington – as the party that first withdrew – has respected its obligations.

In an interview with CNN on Monday, Iranian Foreign Minister Mohammad Javad Zarif proposed a different approach, in which the two countries would synchronize their movements linked to the JCPOA under the supervision of the European Union.

He suggested that was the best way to go.

“Obviously, the actions taken by Iran have always been monitored and certified by the IAEA and we have shown that we keep our promises,” Zarif said. “The party that has not been able to show that it keeps its promises has been the United States, and like I said the United States must prove their good faith, we have already proven our good faith. faith.”

He reiterated his offer to pave the way for the resolution of the dispute.

“If we are moving away from the strict limits of the nuclear deal, it is because the United States tried to impose all-out economic war on Iran,” Zarif said. “Now if that stops that, we’ll come back to full compliance.”

Borrell and his team, for their part, “are working very hard to get the JCPOA back on track,” spokesman Peter Stano told Agence France-Presse.

Price said US diplomats have yet to open the case with the Iranian side. And although he said negotiating a new nuclear deal was an issue that “cannot wait” and a challenge the new administration must “face immediately,” he said Iran was “a long way off. “to take the initial steps necessary to get diplomacy back on track.

“Iran has distanced itself from compliance on a number of fronts, and there are many steps in that process,” Price said.

Among them, he listed “consult our allies, consult our partners, consult Congress before we get to the point where we are going to engage directly with the Iranians and ready to accept any kind of proposal, especially since we have been very clear on the proposal that we have put on the table. “

The State Department did not immediately respond to Newsweekrequest for comment from.

Reuters later quoted an unnamed US official as saying “there is no rejection” yet.

“We have not started negotiating with Iran, or with anyone else, because our priority is to consult” the partners in the nuclear deal and in the region, “the official said.

Iran has always denied seeking a nuclear weapon, but the international community has expressed skepticism about the claim. Yet the JCPOA was built to allay these fears, imposing strict restrictions on Iran’s nuclear program in return for sanctions relief.

Biden and a number of senior officials, some of whom were involved in the implementation of the JCPOA under the administration of former President Barack Obama, have criticized Trump’s decision to leave the deal, but have so far rejected a hasty return.

Using similar language heard from Blinken on Tuesday, Secretary of State Antony Blinken said in his own first press conference last Wednesday that the United States and Iran were “far away” from returning to the JCPOA talks.

In response, the Iranian Permanent Mission to United Nations Spokesman Alireza Miryousefi said Newsweek that “the United States, as the party that violated not only the JCPOA but also Security Council Resolution 2231 – in violation of international law – should comply with both and lift the sanctions it imposed.”

UN Security Council Resolution 2231 supported the approval of the JCPOA and paragraph 36 allows Iran to “cease to honor its commitments under this JCPOA in whole or in part and / or to notify to the UN Security Council that he considers the issue to constitute a significant breach, “a clause the country justifies its higher enrichment amid the exit of the United States and European failures to normalize trade relations at the following the Washington sanctions.

“Iran is not ‘in violation’ of the agreement, it simply triggered paragraph 36 which allows Iran to take remedial action in the face of continued non-compliance by other parties,” Miryousefi told the time.

With Iran getting richer again at higher levels, the Biden administration has sounded the alarm about the possibility of the Islamic Republic rushing its breakthrough time to obtain a nuclear weapon if it seeks one.

During his confirmation hearing two weeks ago, Blinken estimated the length of time to be about four or three months, about half the time quoted Tuesday by Israeli Energy Minister Yuval Steinitz in a radio interview with Kan.

Israel is one of a select few nations that vocally oppose the JCPOA or any similar agreement. Saudi Arabia, another close American partner in the Middle East, has also criticized the deal, where the emergence of the nuclear dispute has been accompanied by heightened unrest on several fronts, most notably in Iraq and the Persian Gulf.

This article and its title have been updated to include comments from an anonymous US official.