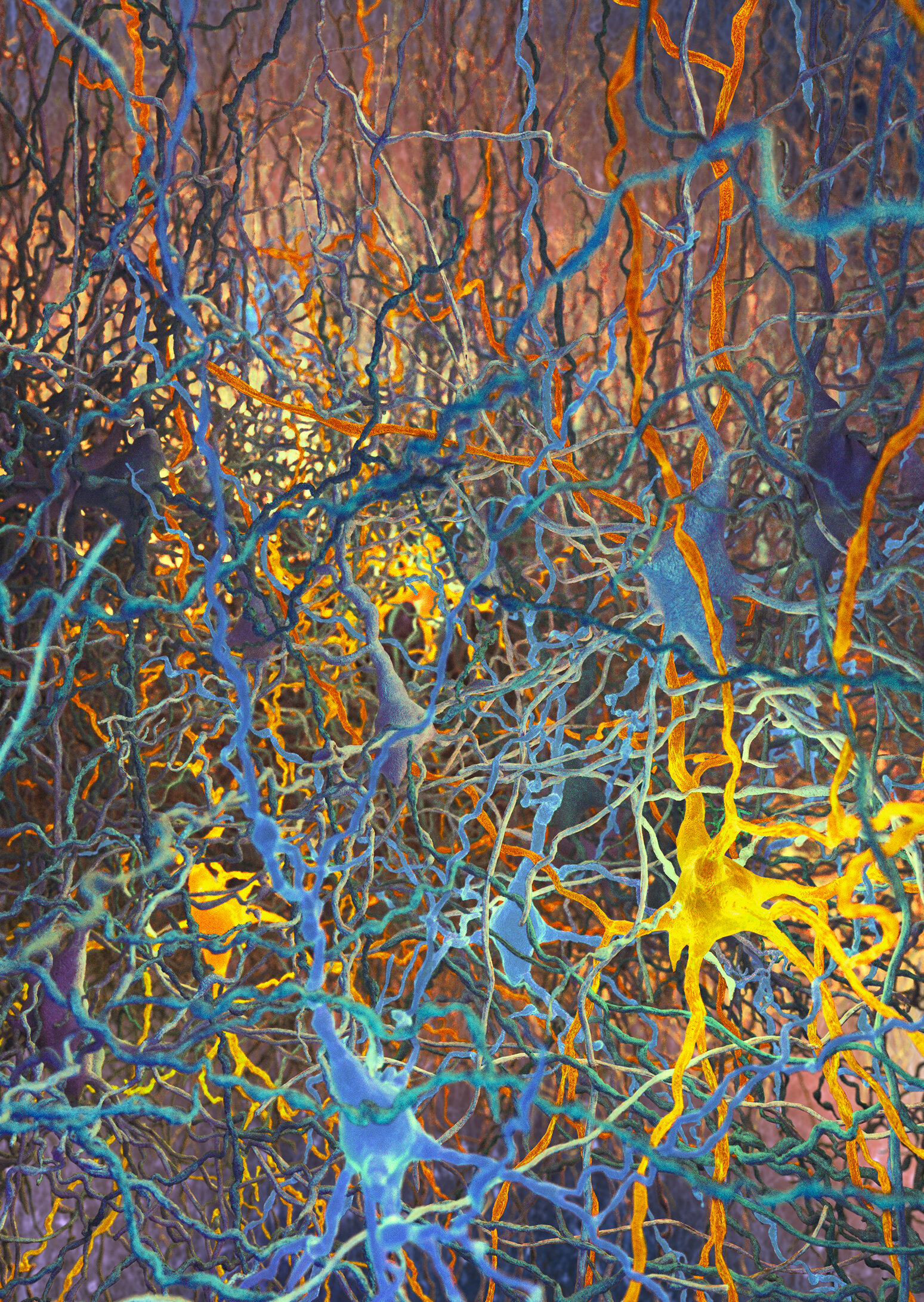 A team led by Lida Kanari has announced a new system for distinguishing cell types in the brain, an algorithmic classification method that researchers say will benefit the whole field of neuroscience. Professor Henry Markram, founder of Blue Brain, says, "For almost 100 years, scientists have been trying to name the cells, describing them in the same way that Darwin described animals and trees, and now the Blue Brain project has developed a mathematical algorithm classify objectively the forms of neurons in the brain, which will develop a standardized taxonomy [classification of cells into distinct groups] of all brain cells, which will help researchers compare their data more reliably. "

The team has developed an algorithm to distinguish the most common types of neurons in the neocortex, the pyramidal cells. Pyramidal cells are tree-like cells that make up 80% of neocortex neurons and, like antennas, collect information from other brain neurons. Basically, these are the redwoods of the brain forest. They excite and send waves of electrical activity through the network, as people perceive, act and feel.

The father of modern neuroscience, Ramón y Cajal, first drew pyramidal cells more than 100 years ago, observing them under the microscope. Yet, until now, scientists have not reached a consensus on types of pyramidal neurons. Anatomists have assigned names and discussed different types over the past century, while neuroscience has not been able to determine with certainty what types of neurons are subjectively characterized. Even for clearly distinguishable neurons, there is no common ground for systematically defining morphological types.

The study of Blue Brain proves for the first time that an objective classification of these pyramidal cells is possible by applying tools of algebraic topology, a branch of mathematics that studies form, connectivity and l? emergence of a global structure from local constraints.

Blue Brain was the first to use algebraic topology to treat a wide range of neuroscience problems and, with this study, once again demonstrated its effectiveness. In collaboration with Professors Kathryn Hess of EPFL and Ran Levi of the University of Aberdeen, Blue Brain developed an algorithm to objectively classify 17 types of pyramidal cells in the somatosensory cortex of the rat. The topological classification does not require the intervention of an expert and it is proved that it is robust.

The structure of most neurons looks like a complex tree, with several branches connected to other neurons and communicating via electrical signals. If we keep the longest (persistent) components of the neural structure and break down the smaller branches, we can transform its tree structure into a barcode, a mathematical object that can be used as input for any learning algorithm. automatic to classify the properties. neurons into distinct groups.

Any procedure for classifying neurons raises the question: do two cells of different appearance simply fit into a continuum of differences that change progressively (like different dog breeds) or are they really "species" of different neurons? In other words, is it different morphological variations or continuous from each other? We can respond to this situation by using the new topological classification and by grouping the different "species" of brain cells, each with its own "races" characteristics.

"The Blue Brain Project reconstructs and numerically simulates the brain.This research provides one of the solid foundations needed to assemble all types of neurons," says Kanari. "By removing the ambiguity of cell types, the process of identifying the morphological type of new cells will be fully automated."

This breakthrough can benefit the entire neuroscience community as it will provide a more sophisticated understanding of cellular taxonomy and a reliable comparison method. The objective definition of morphological types is an essential first step towards a better understanding of the basic elements of the brain: how is their structure related to their function and how are the local properties of neurons connected to their long-range projections? This method provides a universal tree descriptor, which means that it can be used for the consistent description of all types of cells in the brain, including neurons from all regions of the brain and all glial cells.

Provided by
Federal Institute of Technology in Lausanne