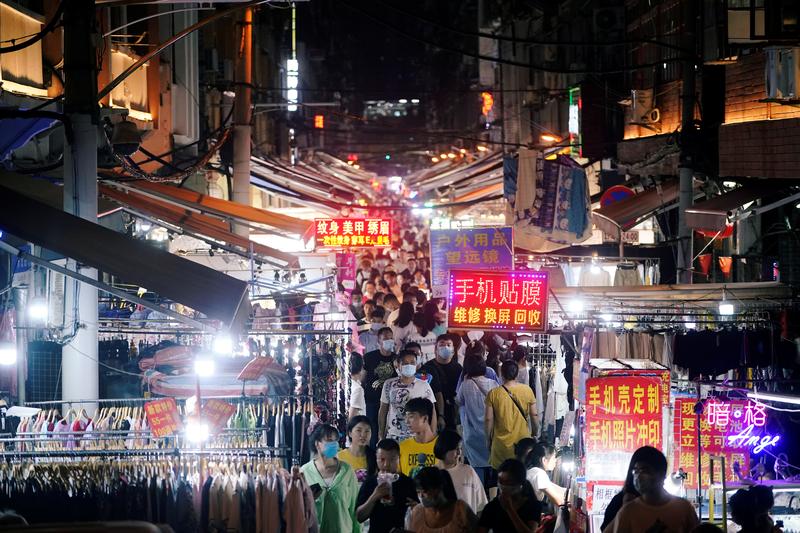 SHANGHAI (Reuters) – The number of people who have been infected with COVID-19 in the Chinese city of Wuhan, where the virus was first identified, could be around three times the official figure, according to a study conducted by Chinese researchers based in the city.

The article, published Thursday by the journal PLOS Neglected Tropical Diseases, analyzed blood samples from more than 60,000 healthy individuals taken from areas of China from March to May 2020.

It found that 1.68% of those in Wuhan contained antibodies to SARS-CoV-2, the virus that causes COVID-19, compared to 0.59% in the surrounding province of Hubei and 0.38% in the rest of China.

With the city’s total population of more than 10 million, researchers estimated that up to 168,000 Wuhan residents were infected with the virus, up from the official number of 50,340 hospitalized cases.

The study suggested that at least two-thirds of the total number were asymptomatic and that thousands could have been infected after the “elimination” of clinical cases, increasing the possibility that the virus could exist in a community for a long time. without causing hospitalizations.

A separate study released by the China Center for Disease Control and Prevention (CDC) late last month put Wuhan’s “seroprevalence” rate, the percentage of the population with antibodies, even higher at 4. 43%, implying that around half a million people in the city could have been infected.

COVID-19 was identified in Wuhan at the end of 2019, with the first outbreak associated with a seafood market in the city. China finally locked down Wuhan and other cities in Hubei province on January 23, 2020, but critics say it should have acted sooner.

China has dismissed criticism of its early handling of the virus, and officials now point to overseas studies suggesting it was circulating in Europe several months before the Wuhan outbreak.

A team of 10 members of the World Health Organization were due to arrive in China this week to investigate the origins of COVID-19, but they have not yet been granted permission to enter the country.

The total number of confirmed cases of COVID-19 so far in mainland China now stands at 87,331, while the death toll has remained unchanged at 4,634.