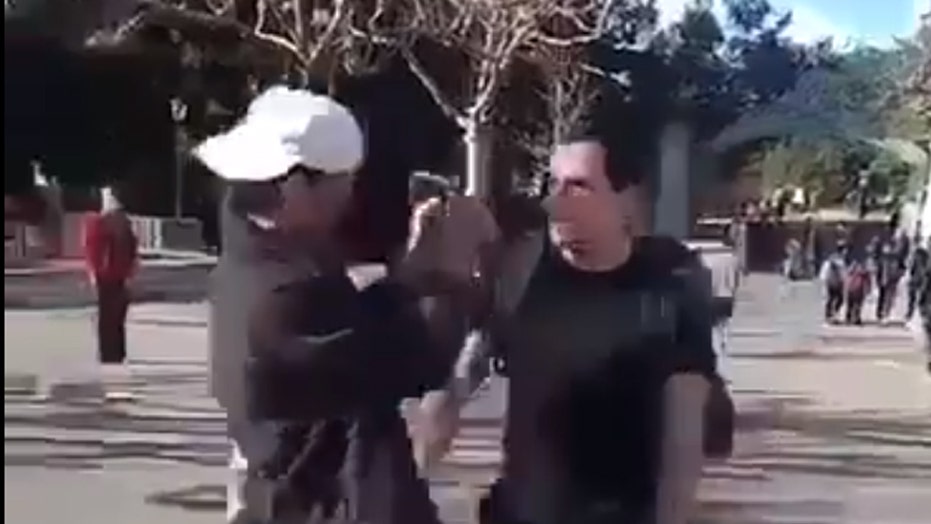 The incident, which was filmed on a videotape, occurred while activist Hayden Williams was holding a recruiting table for Turning Point USA, a conservative organization.

On Friday, the university police announced they had identified a suspect, adding that he was neither a student nor an affiliate at the university. But the announcement did not name the man, whose face was clearly captured on the video.

"It's really surprising," Charlie Kirk, founder and executive director of Turning Point USA, told Fox News Tuesday. "After what I understood, there was no arrest. I do not understand why there is no record of public arrest on this guy. If he wore a Make America Great Again hat and hit a Liberal, there would have been a national scandal and a manhunt to find him. Everything is crazy. "

Williams, who is not a student, was on the recruiting board but is not a member of Turning Point USA. He is a representative on the campus of the Leadership Institute, a conservative organization. Williams told Fox News last week that he had filed a police report immediately after the incident and that he had been asked to go to the police station last Friday to see some pictures. Fox News could not reach him on Tuesday.

Alex Szarka, a Berkeley youth who told Fox News that he was walking on campus last week when he saw the altercation and decided to film it, said he was appalled by the absence of name of the suspect.

"His face is so widely shown," Szarka told Fox News on Tuesday. "It's everywhere. Even if they found it, I wonder if they do not hide it, it's a politically charged problem. "

The website of the police on campus indicated that on February 19, two men approached a table where Willaims was recruiting members, which provoked a dispute. Williams lifted his cell phone and began filming the two men who allegedly had harassed him. One of the men overthrew the table, the police said, before hitting Williams several times, inflicting wounds on his face. Much of the incident was captured on Szarka's mobile phone. The two men who had approached Williams had already left when the police arrived.