Cretaceous birds were thought to have small beaks – except this one 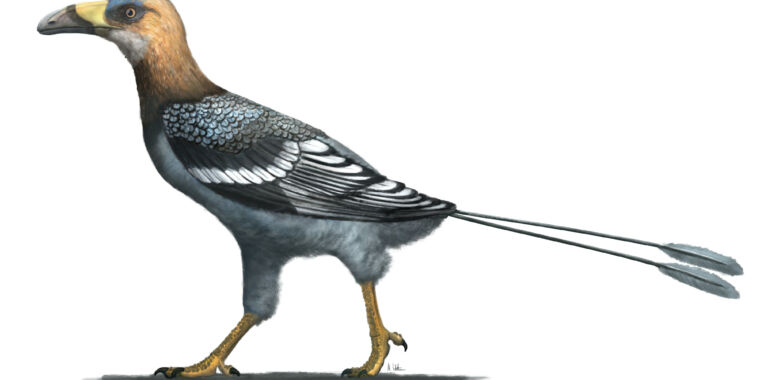 Given the unusual attention given to turkeys this week, let’s talk about dinosaurs. Today’s birds are, of course, the descendants of the only branch of the dinosaur that survived the late Cretaceous mass extinction. In the days of the dinosaurs, early risers were a bit different, still retaining teeth and prohibitions among some more subtle anatomical differences with their modern descendant. New fossil discovery reveals an unexpected bird from this era – one with a huge toucan beak.

The fossil, named Falcatakely forsterae, comes from late Cretaceous rocks in Madagascar. Most of the early bird fossils we have discovered so far come from older rocks from the Early Cretaceous in China, with the period between that date and the Late Cretaceous being more of a question mark. The new fossil is a well-preserved head of a crow-sized bird with a remarkably long, tall, and narrow beak.

Early Chinese bird fossils don’t show much beak-shaped diversity. This is a big contrast to modern birds, which have a wild variety of beak shapes suited to their many different ecological niches. Pelicans, woodpeckers and parrots have very different diets that require a beak suited to the trade. It was believed that the enlargement of the beak might not be possible until an anatomical change in parts of the skull took place, which meant that the first birds were simply limited. But the new finding shows that was not entirely true. This species could have inhabited an ecological niche that was empty after extinction – until a more modern bird returned there much later.

The researchers used 3D imaging to precisely determine the dimensions of each anatomical component. This showed some differences from non-bird theropod dinosaurs or more modern birds. The fossil creature may have ended up with an overall beak shape similar to some modern birds, but this despite the underlying structure being different.

There are teeth visible near the tip of the beak rather than further back, like its parents. And the height of its upper beak is achieved thanks to a very large jawbone (brown in the image above), where other fossilized species from this era had a thin, more V-shaped bone. Modern birds , in contrast, have tiny jawbones and a beak supported by a large premaxillary bone (green near the tip of the beak in the image above).

If there is one bizarre Cretaceous bird, there may well be more, adding more diversity to the Cretaceous collection. The discovery also raises interesting questions about how the structure of the skull and the shape of the beak evolved, given that modern anatomy was apparently not necessary for a large beak of this shape. It takes a simple story and complicates it a bit, given that the same shape evolved at different times and in different ways.

And it’s good. Surprising fossils are even more fun than non-surprising ones, further enriching our image of the past.