Cuse suspends Howard on the eve of the NCAA tournament 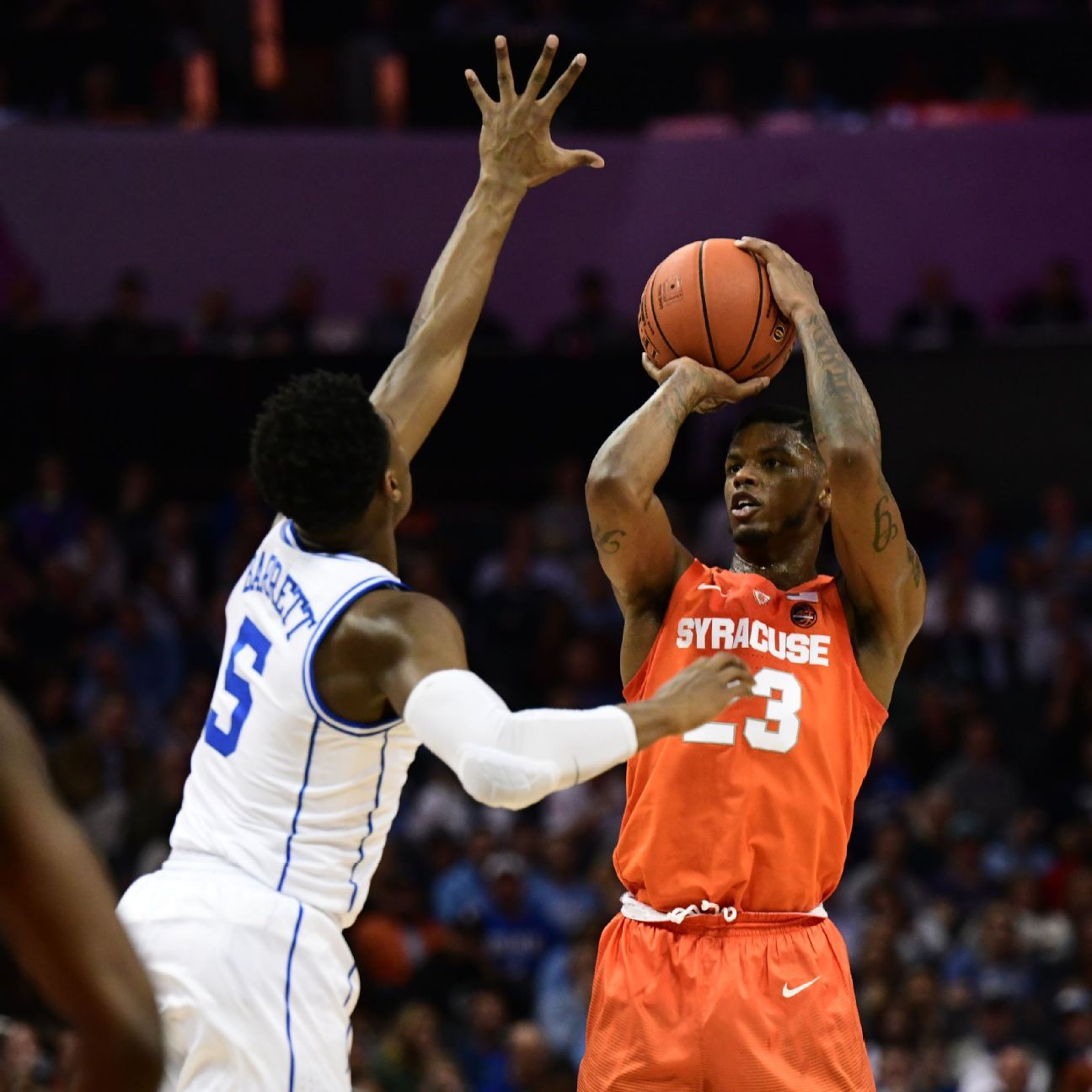 Syracuse goaltender Frank Howard will not be participating in the NCAA tournament for an "indefinite period" due to a violation of sports department policy, the school announced Wednesday.

The senior guard averages 8.9 points and 27 minutes per game.

Syracuse plays Baylor, 9th seed, in a first-round match in Salt Lake City on Thursday. Coach Jim Boeheim confirmed that Howard would not play in this game and dismissed the question of whether Howard would be eligible to play if Orange advance.

Howard, who was 6 feet 5 inches, lit up social media at the ACC against Duke last week, when he seemed to be overtaken by the Blue Devils star Zion's race. Williamson. Howard denied attempting to trip Williamson and the school did not say whether the suspension was related to the alleged attempt.

Howard had some ups and downs, but he scored 28 points against Duke and played well in the VAC tournament with Tyus Battle due to injury.

Syracuse also announced Wednesday that Battle would return for the match against Baylor. With Howard missing, Battle should pass to the keeper's tip and Buddy Boeheim, the coach's son, will remain in the starting lineup.

Dan Le Batard and the Twilight of the “Former Journalist”