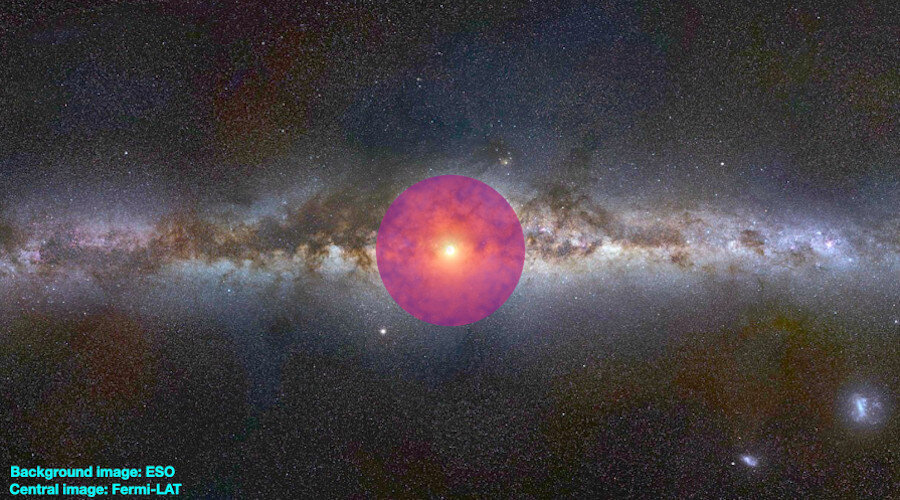 In the recent past, space missions dedicated to the study of astrophysical signals in the high energy spectrum have revealed a series of enigmatic excesses not predicted by theoretical models. In order to find an explanation for these anomalies, many solutions have been proposed. The most exciting hypothesis invokes the contribution of the elusive dark matter, the mysterious form of matter four times more abundant than baryonic matter, and of which scientists have so far detected only gravitational effects.

Two recent theoretical studies carried out by Mattia di Mauro, researcher at the Turin division of the INFN, one of which appeared today in Physical examination D, confirm that this explanation is compatible with the measured excesses, further demonstrating that it is not refuted by potential discrepancies between theoretical and observational data. The results obtained are based on an innovative and refined analysis comparing data acquired over the past 11 years by the main instrument on board NASA’s Fermi, the Fermi Large Area Telescope (LAT), with measurements of other astronomical anomalies. recorded by the orbiting Pamela detector and by the alpha magnetic spectrometer experiment (AMS-02) on board the International Space Station. Pamela and AMS are managed by international collaborations in which INFN plays a decisive role.

From 2009, when Fermi measurements showed a surplus of photons of energies equal to or greater than 1 GeV (2000 times the mass of an electron) coming from the center of our galaxy, the astrophysical community attempted to explain the observations. in several ways, including the possible presence of thousands of weak pulsars near the galactic center and the potential contribution of gamma rays provided by dark matter. These analyzes were subject to great uncertainty since they referred to models of the so-called astrophysical gamma background, produced by cosmic rays or by known sources, which, although capable of including some variability, are subject to large errors.

In order to more accurately describe the properties of excess gamma rays and assess whether it is truly compatible with dark matter, the new study drew on the larger set of data collected last year by the LAT and used an analytical technique that minimizes the uncertainties of the astrophysical background by adopting multiple models. “The analysis methodology used,” explains Mattia di Mauro, “provided very relevant information on the spatial distribution of excess gamma radiation, which may explain what generates excess high-energy photons in the galactic center. . If the excess were, for example, caused by the interaction between cosmic rays and atoms, we would expect to observe its greater spatial distribution at lower energies and its weaker diffusion at higher energies due to the propagation of cosmic particles. My study, on the other hand, highlights how space the distribution of excess does not change with energy. This aspect had never been observed before and could be explained by the interpretation of the presence of dark matter in dark matter. This is because we believe that the particles making up the dark matter halo should have similar energies. the analysis clearly shows that the excess gamma rays are concentrated in the galactic center, exactly what one would expect to find in the heart of the Milky Bien if dark matter is in fact a new type of particle. “

A second study, to be published in the same journal, examines the validity of the dark matter hypothesis using predictions from a larger model describing possible interactions between particles in this elusive component of the universe. . A theoretical model has demonstrated how the existence of dark matter particles is not refuted by other anomalies recorded in the astrophysical context. These include the excess positrons measured by Pamela and AMS-02, if attributed to excess dark matter, and the non-detection of high-energy photons from dwarf galaxies close to ours, whose stellar movements imply the presence of high concentrations of dark matter.

Di Mauro says: “Starting from the physical model developed in this second study, after examining different results for the interaction and annihilation of dark matter particles, alternatives that would precede the production of high energy photons, we checked which one of these possibilities was best matched with the excess gamma rays from the galactic center, while also considering the excess positrons and the non-detection of gamma rays from dwarf galaxies. dark matter, properties consistent with galactic center excess and upper limits found with other particle data. ”