Death of kratom: CDC study reveals that drug was the cause of nearly 100 deaths 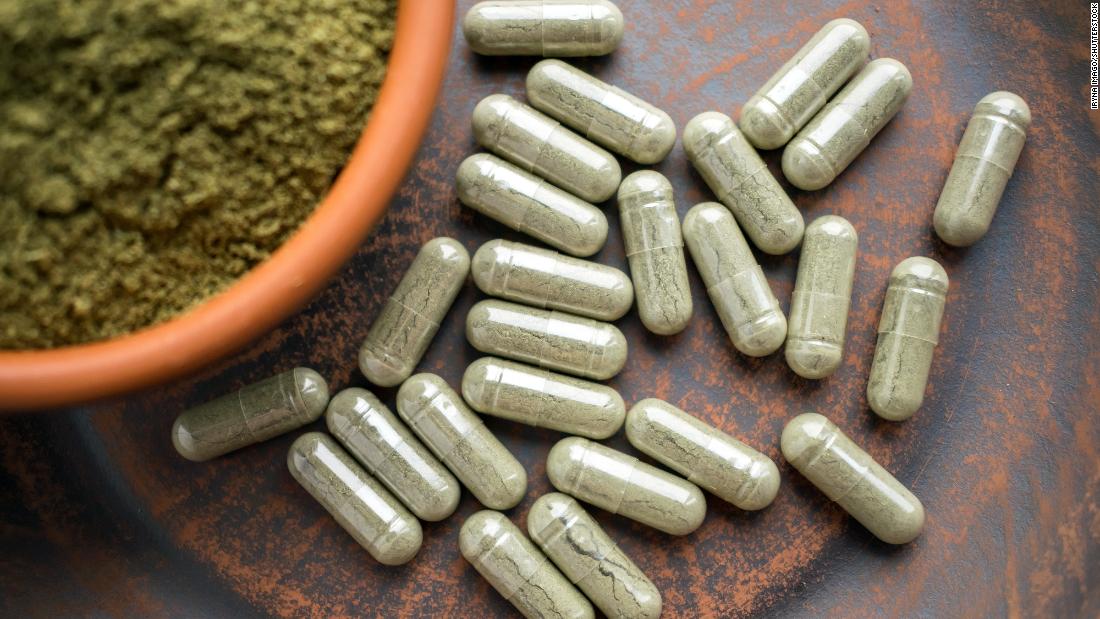 The CDC has analyzed reports of more than 27,000 unintentional drug overdoses in 32 states and Washington, DC.

The study found that 152 of these people had a kratom in their system and that the drug had caused the death of 91 of them.

The number of people whose deaths were associated with kratom represents less than 1% of all overdose deaths. The authors of the report say that it is possible that the figures are underestimated, although they can not say to what extent.

The Southeast Asian plant is sold in tablets, capsules and extracts. Some people prepare the leaves as a tea, while others chew or smoke them.

In low doses, kratom acts as a stimulant. At higher doses, it relieves dull pain – making it a popular over-the-counter remedy for opioid withdrawal.

But health officials have called for caution.

FDA Commissioner Scott Gottlieb compared the chemical compounds of kratom to opioids and said there was no evidence that it was safe or effective for "any medical use". He also raised concerns about his potential for abuse.

"Kratom should not be used to treat health problems or as an alternative to prescription opioids," Gottlieb said in a 2018 news release.

The Drug Enforcement Administration considers kratom a drug of concern, but has abandoned a plan to classify it as a controlled substance after the public outcry sparked in 2016.

According to a study released earlier this year, the number of calls for exposure to kratom in the United States increased from 13 in 2011 to 682 in 2017, often because of unexpected and serious effects of the supplement.

"People who choose to use kratom should be aware of the potential risks.This is not because it is currently classified as a herbal supplement that it is regulated or that it is regulated. It's safe, "said Henry Spiller, director of the Central Ohio Poison Center. at the National Children's Hospital, said in a statement in February.

Some scientists who study kratom do not agree with the FDA's 2018 warning regarding the potential for drug abuse.

Scott Hemby, who chairs the Department of Basic Pharmaceutical Sciences at High Point University in North Carolina, studies the "dependence" of kratom and spoke to CNN after the FDA issued its warning.

He discovered that two chemical components of kratom, mitragynine and 7-hydroxymitragynine, can bind to opioid receptors in the body and behave like opioids, thus relieving pain and causing dopamine release.

But it's at a much more moderate level than prescription pills or heroin.

Hemby found that 7-hydroxymitragynine may have some addictive potential, but when looking at kratom as a whole, the ratio of this element is so small that the drug has a very low potential for abuse, he told CNN.

Why more people are starting to wear two masks

You’re more likely to be COVID than to cough, study finds

Are two masks better than one?