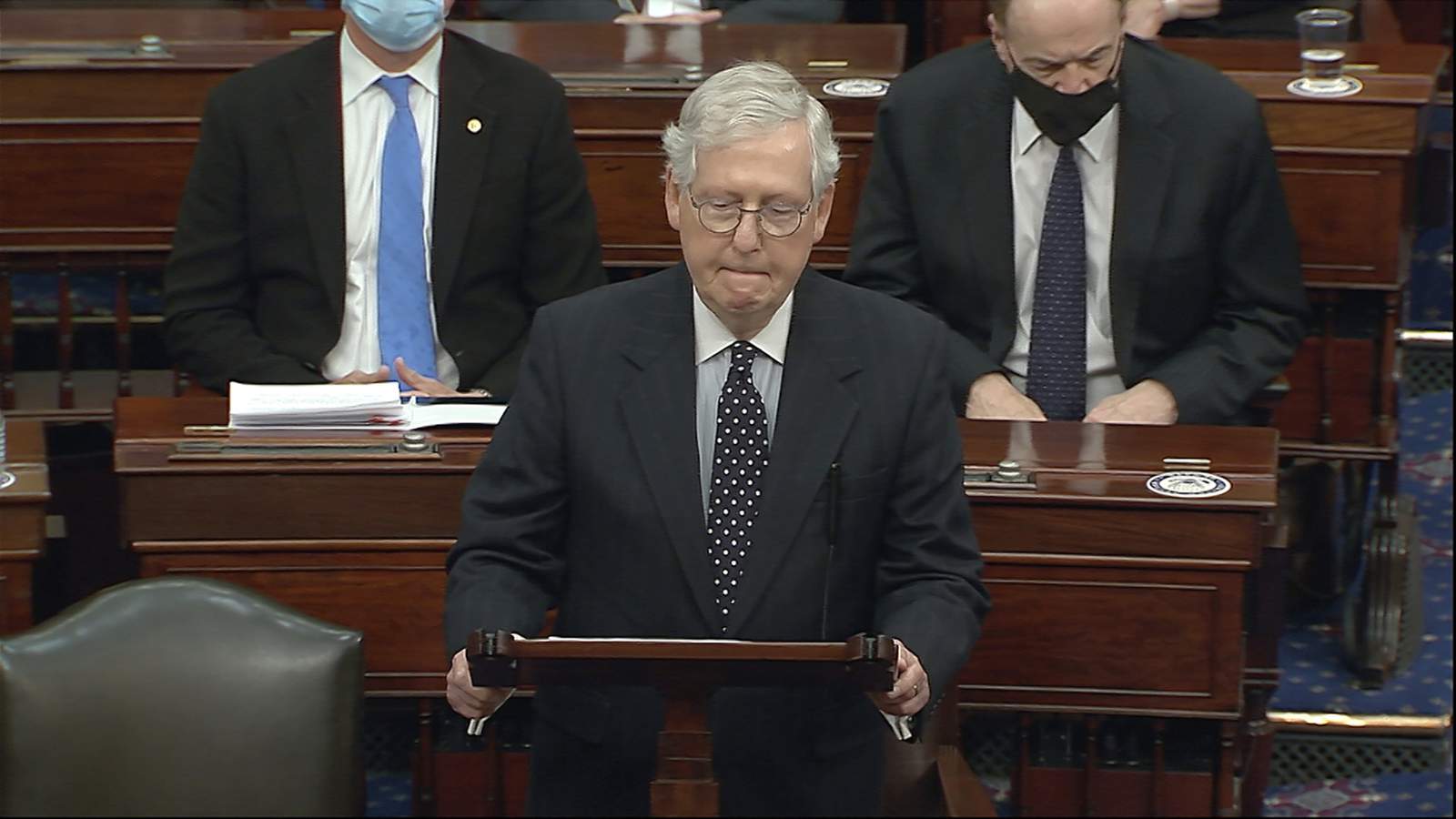 In this image from the video, Senate Majority Leader Mitch McConnell, of Ky., Speaks as the Senate reconvenes after protesters stormed the U.S. Capitol on Wednesday, January 6, 2021 ( Senate TV via AP)

Washington, DC, Police Chief Robert Contee said the dead Wednesday included a woman who was shot dead by US Capitol Police, as well as three other people who died in “medical emergencies.”

Police said law enforcement and Trump supporters deployed chemical irritants during the hours when the Capitol building was occupied before it was cleaned up by law enforcement on Wednesday night.

The woman was gunned down earlier Wednesday as crowds attempted to break through a barricaded door to the Capitol where police were armed on the other side. She was hospitalized with a gunshot wound and later died.