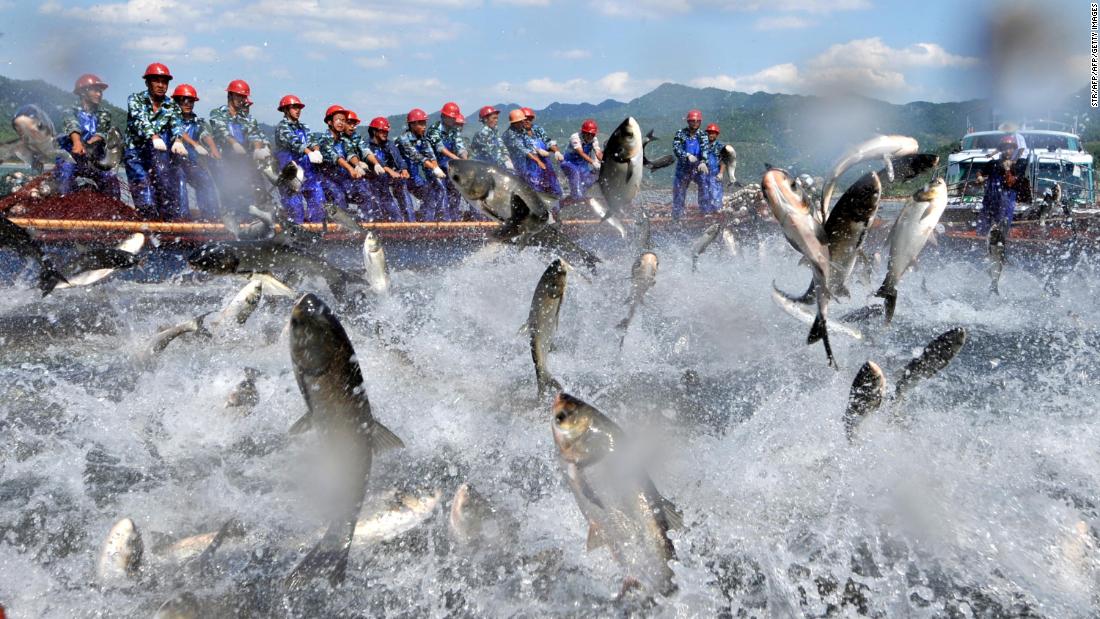 According to a study published Thursday in the journal Science, global warming has resulted in a global decline of 4% in sustainable catches, the largest amount of fish that can be caught without depleting stocks in the long term.

Using global data on fishing charts and ocean temperature, from Rutgers University in New Jersey analyzed the evolution of sustainable catches triggered by the temperature rise between 1930 and 2010.

The scientists said they were "astonished" to discover that global warming had had a major impact on fish stocks around the world and warned that the decline could threaten the livelihoods and food reserves of millions of people.

The fishing industry employs more than 56 million people worldwide and seafood supplies up to half of all animal protein consumed in developing countries, the scientists said.

The sharpest decline has been in Asian coastal regions, including the East China Sea and the Kuroshio Japanese Current, where stocks have fallen from 15% to 35% over the past 80 years.

"The ecosystems in East Asia have experienced a considerable decline in productivity, and these regions are experiencing particularly rapid warming. [and] also historically high levels of overfishing, "said principal researcher Chris Free, a quantitative ecologist at the University of California at Santa Barbara.

What is climate change? Your questions answered

The decline in fish stocks in East Asia is worrisome, as these areas "support the fastest growing populations in the world and have a high demand for seafood," added Free. .

As stocks continue to decline, East Asian countries could start importing fish from other parts of the world, resulting in higher prices, he added. .

Overfishing is intensifying the impacts of climate change, according to Free. The elimination of the largest fish decreases the reproductive capacity of a population and makes it more vulnerable to long-term global warming.

However, not all fish have suffered from the warming of the ocean; some species have benefited from rising temperatures, noted the study.

For example, the population of black bars off the east coast of the US has exploded as the warming of the oceans has killed other species and expanded its territory, said Free.

But "the winners of the climate can not be winners forever," he warned. If temperatures continue to rise, the productivity of these populations is also expected to decrease.

Could squid protein be an ecological answer to our plastic problem?

Governments should eliminate overfishing and conclude trade agreements to spread the stocks between regions affected by global warming and affected by the warming of the ocean, according to Free.

Eva Plaganyi of the Ocean and Atmosphere Unit of the Scientific and Commonwealth Research Organization in Canberra, Australia, wrote in a parallel article in the study that she represented a "significant progress" compared to previous analyzes as it provided projections to improve planning and adaptation. strategies.

However, Plaganyi noted that the study did not take into account other environmental impacts caused by climate change, such as ocean acidification.

Another study released this week indicates that the failure to achieve the goals of the 2015 Paris Climate Agreement, which calls for countries to reduce carbon production and end global warming under the 2 degrees Celsius by the end of the century, could threaten the livelihoods and food of millions of people around the world.

"The most significant gains will occur in the waters of developing countries, such as Kiribati, Maldives and Indonesia, which are most exposed to the risks of warming temperatures and depend most on fish for safety. food, income and employment, "said lead researcher Rashid Sumaila. Director of the Fisheries Economics Research Unit at the University of British Columbia.