Got a PS4 or Xbox One collecting dust? Here’s what to do with it 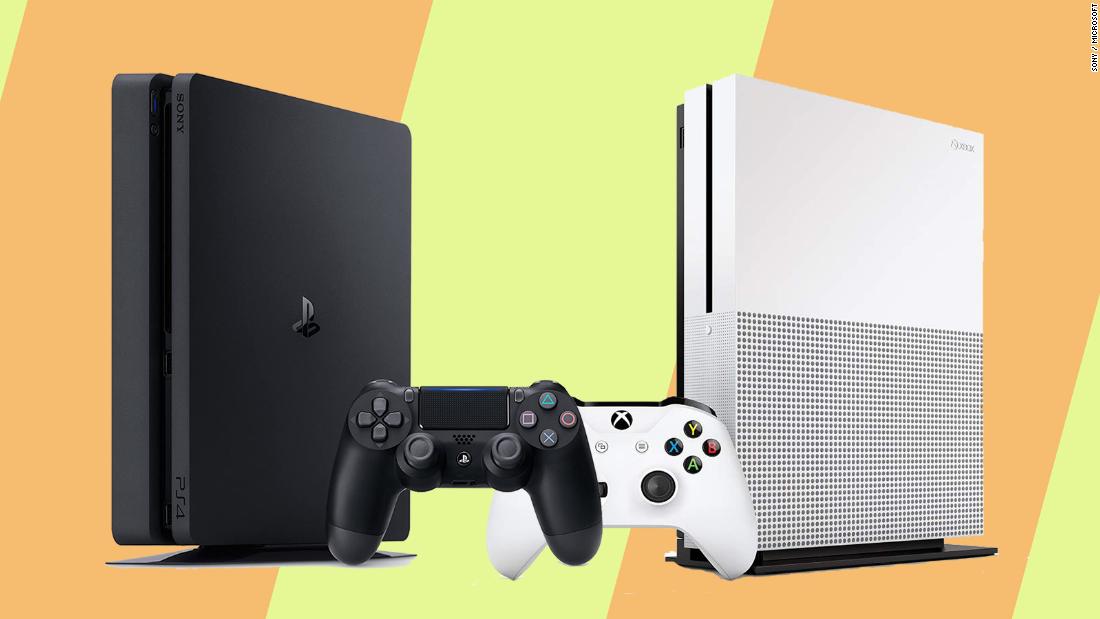 If you’re lucky enough to secure a PS5 or Xbox Series X / S, you might end up with an old PS4 or Xbox One that has been banished to a corner to collect dust. But there is a lot you can do with your old consoles, whether you want to trade them in for extra cash or reuse them for yourself or a loved one.

The PS4 and Xbox One are two popular platforms with huge game libraries (and more on the way), so there is still a lot of demand for them if you want to sell yours. And there’s nothing wrong with taking them over to a younger player in your life or donating them to a good cause.

Whatever you do, don’t let your PS4 or Xbox One rot in your graveyard of unused tech. Here’s our guide on how to get the most out of your old consoles.

NEW YORK, NEW YORK – SEPTEMBER 16: People pass a GameStop store in lower Manhattan on September 16, 2019 in New York City. GameStop has announced that it will close between 180 and 200 stores before the end of the fiscal year due to declining sales. (Photo by Spencer Platt / Getty Images)

If you’re looking to recoup some of the cost of your $ 500 PS5 or Xbox Series X, trading in your old console is a no-brainer. Many large retailers and trade-in websites still offer decent value for previous generation consoles, and that money can be used for new games or accessories for your fancy new system.

Most major retailers and resellers have a similar process for selling your old console. You pick your exact model on the website – make sure you pay attention to things like whether it has a 500GB or 1TB hard drive, or whether or not it’s a limited edition. special. If you are exchanging a console online, you will also be prompted to indicate the state of your system and whether you have the original cables and accessories. The better condition your console is, the more you will get.

Once you have completed the necessary fields, you will receive a shipping label for the products you are exchanging. Before packing your old PS4 or Xbox One, make sure to delete all data and user accounts from the machine. , as well as deactivate parental controls. This could affect the value of your machine and how quickly you will be paid.

Once this is done, you can ship your old console and will be notified of the payment by email. If you’re using an in-store option like GameStop, you can simply print out an estimate and take it to your nearest brick and mortar store.

Here are a few places we recommend you check out to get the most out of your aging PS4 or Xbox One. We have outlined the trade-in values ​​of the most common models for reference, but note that prices will vary depending on the model and condition of the system you are selling.

Just because your PS4 or Xbox One isn’t your primary gaming machine anymore doesn’t mean you can’t put it to good use at home. Both consoles also make great media players for watching Blu-rays or listening to your favorite Netflix, Disney +, and Prime Video shows, making them a perfect addition to a secondary TV in your bedroom or living room. And while you spend most of your time immersing yourself in PS5 games on your luxury OLED TV, you might want to familiarize yourself with some older titles every now and then before bed.

LONDON, ENGLAND – March 28: A detailed view of a PS4 controller as players practice during day one of the 2019 ePremier League Final at Gfinity Arena on March 28, 2019 in London, England. (Photo by Alex Pantling / Getty Images)

The PS4 and Xbox One still have plenty of life in them, and you can bring serious joy to a gamer in your life – or someone in need – by donating or donating your old hardware. Handing over an old PlayStation or Xbox to a younger family member is a great way to get them to play (and will net you some serious points of interest), and you’ll be able to play intergenerational titles like Fortnite and Call of Duty. with them. Likewise, if mom, dad, or a grandparent needs a Blu-ray player, your PS4 or Xbox One will do.

You can also do good by donating your console to charity or hospital. Organizations such as Gamers Outreach provide video game stations to children’s hospitals and accept donations of games and consoles. If you are in the UK, Get Well Gamers is an organization which accepts games and consoles and delivers them to hospitals across the country. We also recommend that you contact your local hospital, library, or Goodwill agency to see if they accept donations.

If you don’t want to sell, give away, or give away your old console, you can reduce its impact on the environment by recycling it. Best Buy will recycle your console for free, as will Microsoft if your system is not eligible for trade-in. If you get rid of an old Nintendo console, the company offers its own free recycling program.

Whether you decide to get cash back or decide to gift or donate your PS4 or Xbox One to someone else, your old consoles can go a long way once you upgrade. new generation.

ESAM shares her Min Min correspondence chart, and we can see why she’s becoming one of Super Smash Bros. Ultimate’s most hated characters