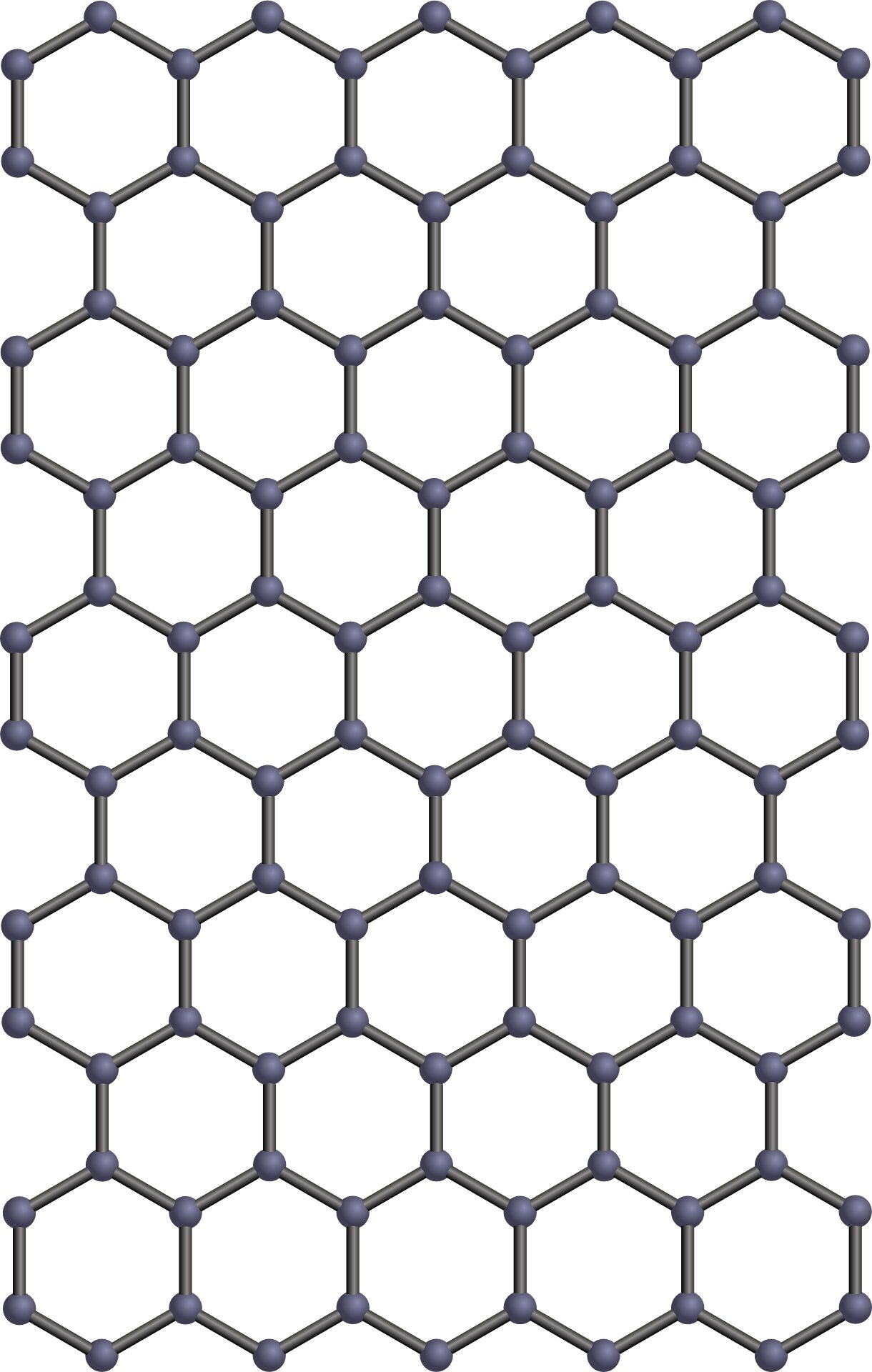 Researchers from the University of Manchester in the UK, led by Dr. Artem Mishchenko, Professor Volodya Fal & ko and Professor Andre Geim, have discovered the quantum Hall effect in bulk graphite a laminated crystal consisting of stacked layers of graphene. This result is unexpected because the quantum Hall effect is only possible in so-called two-dimensional (2D) systems where the motion of electrons is limited to one plane and must be prohibited in the perpendicular direction. They also found that the material behaves differently depending on whether it contains an odd or even number of layers of graphene, even when the number of layers in the crystal exceeds hundreds. This work is an important step in understanding the fundamental properties of graphite, which are often poorly understood, particularly in recent years.

In their work, published in Physical NatureMishchenko and his colleagues studied devices made from cleaved graphite crystals, which contain essentially no defects. The researchers preserved the high quality of the material by encapsulating it in another high quality laminate material: hexagonal boron nitride. They shaped their devices in a Hall bar geometry, which allowed them to measure electron transport in thin graphite.

"The measurements were pretty simple." explains Dr. Jun Yin, the first author of the article. "We passed a small current along the Hall Bar, applied a strong magnetic field perpendicular to the Hall Bar plane, and then measured the voltages generated along the device and through it to extract the longitudinal resistivity and the Hall resistance.

Fal <ko, who led the theoretical part, said: "We were quite surprised when we saw the Quantum Hall Effect (QHE) – a sequence of quantized plateaux in Hall's resistance – accompanied by a resistivity longitudinal zero in our samples behaving like a normal semi-metal in which QHE should be prohibited. "

The researchers say that the QHE comes from the fact that the applied magnetic field forces the electrons of the graphite to move in a reduced dimension, the conductivity only being allowed in the direction parallel to the field. However, in sufficiently thin samples, this one-dimensional motion can be quantified through the formation of stationary electron waves. The material thus passes from a 3-D electronic system to a 2-D system with discrete energy levels.

An even / odd number of layers of graphene is important

Another big surprise is that this QHE is very sensitive to the even / odd number of layers of graphene. The electrons in graphite are similar to those of graphene and come in two flavors (called valleys). Stationary waves formed from electrons of two different flavors rely on even or odd layers of graphite. In films having an even number of layers, the number of even and odd layers is the same, so that the energies of the standing waves of different flavors coincide.

The situation is different for films with an odd number of layers, because the number of even and odd layers is different, that is, there is always an additional odd layer. As a result, the energy levels of the standing waves of different flavors shift relative to each other and mean that these samples have reduced the QHE energy gaps. The phenomenon persists even for hundreds of layers of graphite.

Observations of the QHE fraction

Unexpected discoveries did not stop there: the researchers also observed fractional QHE in thin graphite below 0.5 K. The FQHE is different from normal QHE and results from strong interactions between electrons. These interactions, which can often lead to important collective phenomena such as superconductivity, magnetism and superfluidity, make the charge carriers of a FQHE material behave like quasi-particles whose charge is a fraction of that of an electron.

"Most of the results we observed can be explained with the help of a simple one-electron model, but seeing the FQHE tells us that the picture is not so simple" says Mishchenko. "Our graphite samples exhibit numerous electron-electron interactions at high magnetic fields and at low temperatures, showing that multi-body physics is important in this material."

Graphene has been in the spotlight for the past 15 years, and with good reason, graphite has been pushed back a bit by its offspring of a thick layer, Mishchenko adds. "We came back to this old material: the knowledge gained from graphene research, improved experimental techniques (such as van der Waals assembly technology) and a better theoretical understanding (still derived from graphene physics) have already allowed us to discover this new type of QHE in the graphite devices we have manufactured.

"Our work is a new springboard for further studies on this material, including multi-body physics, such as density waves, exciton condensation, or Wigner crystallization."

The graphite studied here has a natural stack (Bernal), but there is another stable graphite – rhombohedral allotrope. Until now, no transport measurements on this material have been reported, but many theoretical predictions, including high temperature superconductivity and ferromagnetism. Manchester researchers say they are also considering exploring this allotrope.

"For decades, researchers have used graphite as a sort of" philosopher's stone "capable of generating all likely and unlikely phenomena, including superconductivity at room temperature," he adds with a smile. "Our work shows what is in principle possible in this material, at least when it is in its purest form."