HTC Exodus 1 gets more and more features based on blockchain 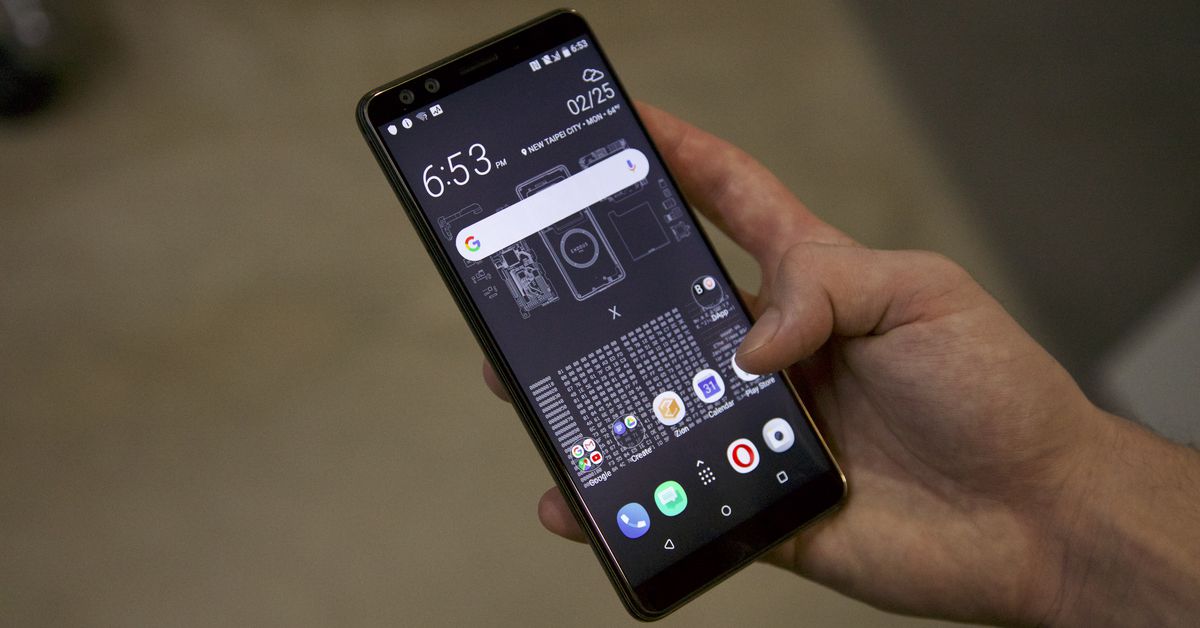 HTC's blockchain phone is now receiving several new apps, which are starting to show us what it can really serve. HTC adds about 20 new apps, including personal tracking that can sell your data for cryptocurrency, and a partnership with Opera to allow users to micropay on sites. Previously, the main feature of this phone's chain of channels was the ability to trade and store CryptoKitties.

The HTC Exodus phone now has access to a number of new decentralized applications (called "Dapps"), which reside in a non-company-specific application store that specifically leverages hardware from its phone. The most interesting addition is an application called Numbers, which tracks users' data on walking, sleep, driving, etc., and then lets you sell your own data to third parties. The application, created by a Taiwan-based startup, displays the type of data that your phone can track, as well as a list of companies interested in this data.

The Numbers app aims to bring more transparency in the collection of data and to allow users to earn money – in cryptocurrency – with their own data. "Now, not only can users own their data, but it also requires companies to become more transparent about how that data is used," said Phil Chen, HTC's decentralized general manager. In addition to giving users control over their data collection, the Numbers Dapp is also expected to be potentially beneficial to users by lowering their car insurance or health insurance if positive data is recorded regarding their driving or walking habits, explains Chen. For the moment, it is not clear that Numbers has put in place agreements to achieve this.

The Exodus 1 phone has been available since December, after being opened for pre-order last October. Until now, the main features of the phone related to the blockchain were its cryptocurrency wallet and a key recovery mechanism allowing to store the details of the recovery with some friends in case your phone would be lost or stolen. With these new applications, the Exodus 1 begins to acquire features that really take advantage of its interest in the blockchain.

In addition to adding more Dapps to the Exodus app store, HTC also partnered with the Opera web browser, which launched its own cryptocurrency wallet on Android in December. Thanks to the partnership, you can now make micropayments in ether on websites that support it. The phone currently only supports Ethereum payments, although it is expected to support bitcoin and litecoin in the coming months.

Chen says micropayments can be a game changer because people will be able to transfer very small amounts without having to pay additional transaction fees. Many services have already tried this technique, but Chen believes that integrating cryptocurrency into the system will make the system more sustainable. "You can now pay an amount of 0.00002 ETH. And never in the history of micropayments it made sense. There would be no transaction fees or you would have to share the revenue with the app store, "says Chen.

The new applications and the Opera integration are supposed to show how much a decentralized application store can be great, according to Chen. Nevertheless, a decentralized application store poses its own problems. Chen admits that in the future he would have no way to control all the thousands of Dapps available for security reasons. This is more likely to simply warn users if only a few Dapps are approved by Exodus.

Starting in March, users will finally be able to buy the Exodus phone with cash and not just with cryptocurrency. The Exodus 1 will sell for $ 699 in the United States. The next step is to make each phone a node ("partial node," Chen says) on the blockchain, allowing homeowners to facilitate the exchange of bitcoins between them. It could come later this year. "It's clear he's not ready yet," says Chen.