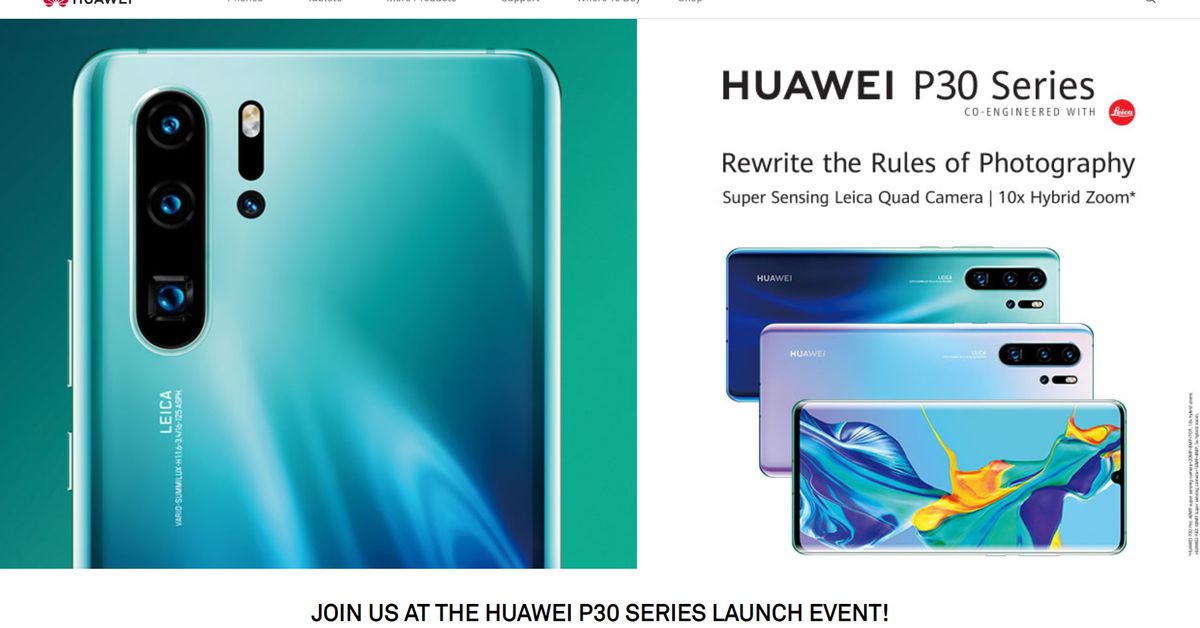 Huawei simply can not pause with the P30, its next flagship product that should be revealed next week. Yesterday, Evan Blass noticed that an event page for the phone on the Huawei website had been posted live early (as indicated by 9to5Google), confirming rumors that the phone has a network of four-camera cameras and detailing features such as improved nighttime recording and a new "dual-view" video mode.

This video mode, which, depending on the page, will be available after launch in an update, is the most interesting new detail of the page. This suggests that you will be able to use two of the phone's four cameras (the main lens and the zoom lens) simultaneously, allowing you to simultaneously see a close-up and wide-angle view. This will potentially make it much easier to shoot fast moving objects in the distance, where it is too easy to lose track of their location.

The Huawei Watch GT Active has also been confirmed

Huawei's website does not specify how recording in this mode will actually work. Therefore, it is unclear whether you will record both streams simultaneously, or whether you choose between them. There is no indication that dual view mode will allow you to combine other phone cameras, such as the wide-angle lens.

Elsewhere, the page confirms most of the information we have already heard about the camera's four camera network. We recently saw this detailed information, along with the other technical features of the phone, in a leak last week. It is a 40 megapixel main sensor, flanked by a 10x zoom lens, a very wide angle lens and from a point of view of the camera. ;hour. flight camera.

Finally, the page also confirms the existence of the supposed edition Huawei Watch GT Active. It does not give too many details outside of its name, but we would bet that this is a more robust version of the Huawei Watch GT that we reviewed last October.

Everything should be officially revealed next week, March 26, when Huawei is expected to announce both P30 and P30 Pro at an event in Paris.