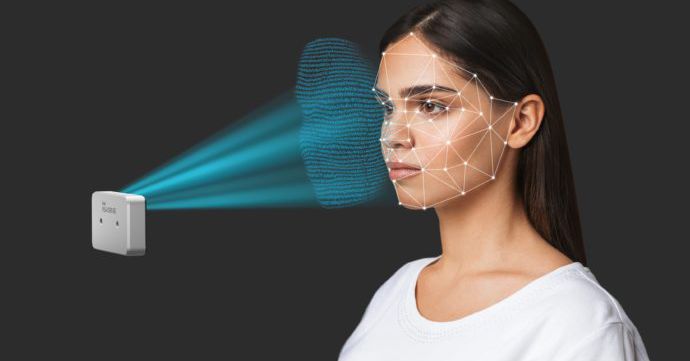 Intel yesterday released RealSense ID, a facial recognition solution that relies on its RealSense depth-sensing technology (via Gizmodo). RealSense started out as a Kinect-style camera for contactless interaction, but RealSense ID appears to be Intel’s attempt to first reposition its camera activity towards secure facial recognition on the device, while potentially putting the business in the crossfire of controversy.

RealSense ID leverages Intel’s depth-sensing technology with a neural network to identify faces, a dedicated system-on-a-chip, and a secure element that encrypts and processes user data. The device should learn and adapt to a face over time, working around facial hair, a variety of different skin tones, and face masks, Gizmodo written. The technology is available as a module that can be integrated into other products or as a stand-alone device that can be plugged into a computer.

Intel’s RealSense tech has been around for several years, showing up in weird tech demos like inserting your face in Fallout 4, and more useful ones like unlocking a laptop. with Windows Hello. Intel suggests that this new application from RealSense could be used in a variety of settings, such as ATMs, registers, and smart locks. What the company doesn’t mention is the other popular use of facial recognition: Governments and law enforcement follow and profile people.

Intel has taken steps to combat the potential for bias in RealSense ID by creating a more diverse sample of faces to train RealSense on. “We did a large collection of data on all ethnicities in Asia, Europe and the Middle East,” Intel said. VentureBeat during a press briefing for the new device. Intel says RealSense ID has a one in a million chance of mistakenly identifying someone, but we’ll have to wait and see if outside researchers find any flaws.

Facial recognition isn’t the only future Intel imagines for RealSense. For this year’s digital CES, the company announced RealSense contactless control software (TCS), which uses Intel’s RealSense depth camera to let you interact with a touchscreen by swiping your finger over it, rather than touching it. Like facial recognition, the new app makes a lot of sense for a world still facing a pandemic, and shows that there is still room for the past of RealSense’s motion controller.