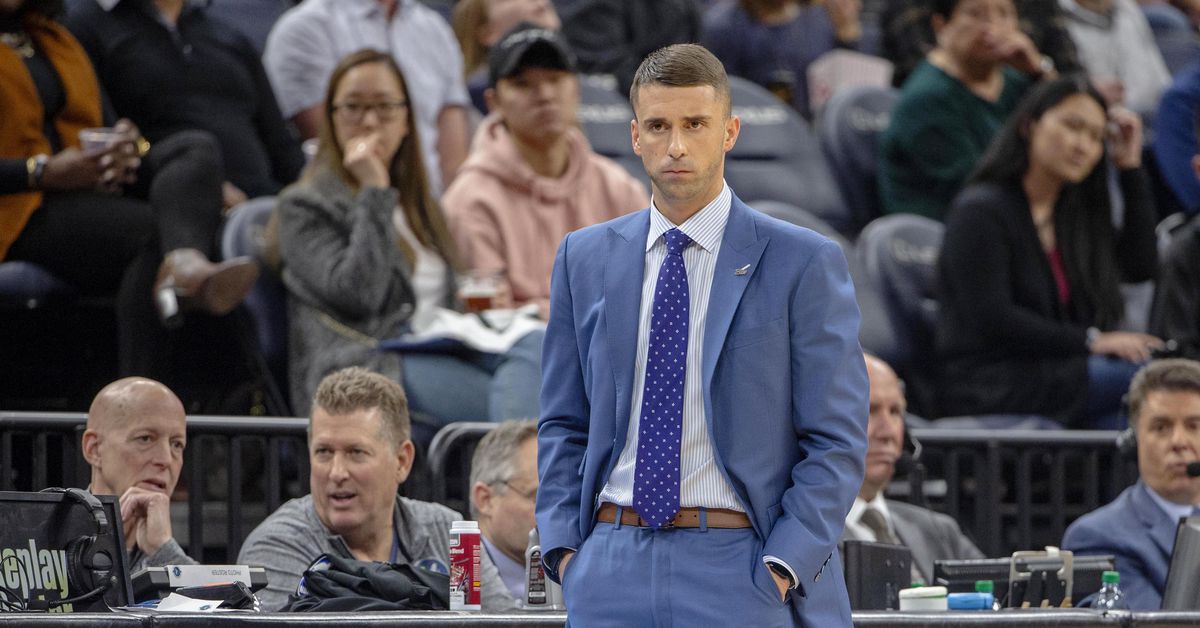 The first official domino of the Gersson Roses era has finally fallen:

Ryan Saunders and Minnesota are about to agree on a multi-year contract to make him the coach of the Timberwolves, ESPN sources told the league.

After two and a half seasons under the archaic Tom Thibodeau, the Minnesota Timberwolves will now transition to a much younger, much more malleable leader, who has been commended for his ability to communicate and identify with players that he supervises (simultaneously criticized for his lack of experience and his inability to spark real change last season).

Listen, it was not a shocking tweet to wake up. The rumor has long been that Ryan is the favorite for this position and, despite the national search including fashionable names such as Juwan Howard, David Vanterpool and Chris Finch, everyone you've talked to in the Team were quite convinced that Saunders would emerge as a candidate to lead this team in the future.

This last sentence (though wordy) will spark a lot of discussion not only today or this week, but most likely because Ryan is taking over the full term of the Wolves head coach. For some (maybe a lot), this latest coaching search will look like a charade – another Timberwolves window decoration that ultimately resulted in the familiar face getting promoted. Glen supplied the ingredients and Rosas was obliged to prepare the meal.

It's great. I understand that. As I have written many times before, it's not as if this franchise has a long tradition of superior processes and / or elite decision-making. Everything the Wolves do as a franchise should be questioned, discussed, criticized.

However, criticizing this last decision on the basis of the long list of errors and mistakes of the past is not something that I am personally ready to face. Gersson Rosas has been waiting all his life for such an opportunity and has already shown (during his brief stint with the Dallas Mavericks) that complete autonomy in making decisions is critical to his long-term strategy. As our own Jon Krawczynski wrote in his last piece for The Athletic:

This is the first major decision made by the new president of basketball operations Gersson Rosas within the Timberwolves. And that was his decision. Rosas has accepted a four-year contract for his work without precondition on Saunders as a coach, but that does not mean that Saunders did not start the search process with a competitive advantage.

Once again, it will also come with a cosmic wave of cynicism, and I understand that. But at some point, the facts are facts. The Wolves, a tempting, disconcerting and discouraging franchise as long as this 30-year-old remembers, have finally set up consecutive processes filled with qualified candidates to oversee the future of their franchise. Will one or the other of the new recruits actually work? Will this new alignment of Rosas and Saunders finally be the pair that will bring the Wolves out of the depths of the Western Conference? The juries are still discussing it. But for now, the only thing we can remember is that the Wolves finally, finally seemed to have made his decision as a true professional organization. As sad as it may seem, it's a victory in itself.

Ryan Saunders will be hiring later this week at Canis Hoopus, with some draft coverage as the NBA offseason begins to gain momentum. It is also worth mentioning that, if the big news today is the promotion of Ryan Saunders, Gersson Rosas has not yet completed the hiring process, as he officially made his first notable entry into the front office:

Minnesota recruit Gianluca Pascucci of Brooklyn has a deputy general manager, ESPN sources told the league. Pascucci was Director of World Scouting for Nets and had previously worked closely with the new Timberwolves president, Gersson Rosas, in Houston.

I know more about unicorns than about Gianluca Pascucci, so my analysis on this rental is fairly extremely limited. Hiring people from smart organizations seems to be an infallible plan and is in line with Rosas' vision and focus on Scouting and Player Development. If you know more about Pascucci than I (most likely), comment below with the screening report of the new Deputy Director General of Wolves.