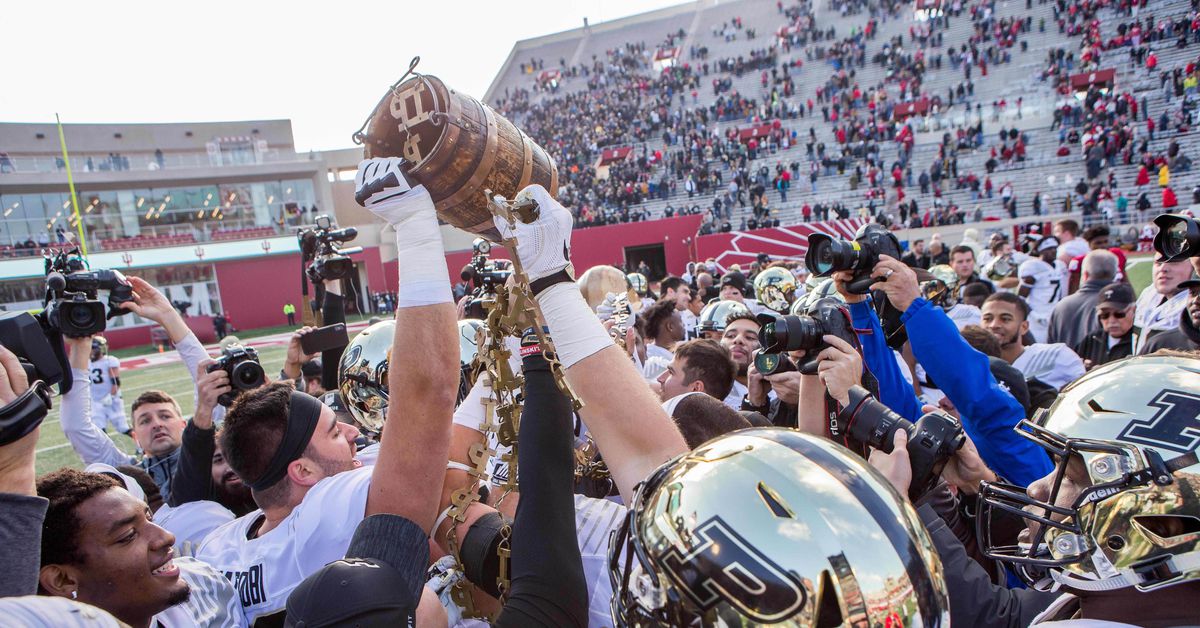 Yesterday was a whirlwind. I did absolutely nothing because I constantly refreshed the browsers and searched for any tidbit of information. Even with a huge basketball game last night, the news of Jeff Brohm was going to dominate the day. I even saw it in our traffic. I wrote a morning article that basically said "Today is the day". We did not know what was going to happen or when, but it was a de facto open wire all day.

All day, it came and went. There was a team meeting. There was no team meeting. He was definitely gone. He remained definitively. His agent was at West Lafayette. He left West Lafayette to find Vince Tyra at Indy. He was really in Chicago recruiting. Louisville recruits were told that he was going to be their coach. If you follow that from Louisville, all the possible rumors are going well. From Purdue it was a dead silence. The only thing that was shot down by the Purdue media was the team meeting.

It was so strange because literally nothing was happening. It was exactly like last year with Tennessee. There were tons of wild theories, but nothing concrete until Brohm himself issued a statement. That happened around 6:30 pm and plunged Purdue fans into euphoria, while fans in Louisville (some of them) lost it completely.

On paper, it looks weird. Why would we want to be so crazy about a coach who's just 13-12 in two seasons at West Lafayette? After all, Danny Hope was 13-12 in his last two seasons.

But Brohm is different, and we saw him. We had seen it in the first game, when we were supposed to lose by four touchdowns, but instead we dominated the fourth place Heisman winner. After the Hazell mistake, it was a pleasure to regain its competitiveness. In the first year, we were supposed to go at best to 3-9 and he came out 7-6 with a win in cup. The second year was supposed to be longer, but the combination of a lack of talent and uneven performance has all displaced us. We had 0-3, but we beat three ranked teams when we lost 18 in a row against the top 25 teams. We absolutely crushed Ohio State at home just weeks after a soggy defeat in East Michigan.

It was the critical year, however. We had to keep it after this season, especially with the new early signing period. If we could just survive this season, even though we had stumbled to 3-9, help was on the way. The 2019 recruiting class was going to be a transformational class that really made things happen. Do not believe me? Let's look at the recruiting rankings by rivals of what Brohm had to work with for two years:

During his first two years, Brohm had access to Gelen Robinson, a 4-star Rivals player, and he had it for a season. Most of his teams were rated 65th or worse in talent. Only the real students this year were among the top 50. These were guys who were not rated well and, of course, Hazell did not develop them at all on the basis of 9-33. Brohm immediately entered and plugged a few holes with graduate transfers, such as Josh Okonye, ​​T.J. McCollum and Shane Evans, and squeezed a bowl. The talent was not noticeably better this year, but he made Rondale Moore a real impact guy. We saw an improvement in beating the ranked teams, but we still had a very fine depth chart in several places and that was demonstrated.

That's also why it was so important to keep it and get this class signed. We know that guys like George Karlaftis, Marvin Grant, and Steven Faucheux can potentially be instant upgrades to Moore's Rondale, but there's also depth. I really, really, love the brothers Thieneman and Antonio Blackmon, but it's a difficult life to regularly rely on people who come to critical positions. This class is full of players who can build quality reserves from the beginning and ease the pressure of starters.

If Brohm had left yesterday, he would be broken. Of course, we would still sign a few guys on the day of signing, but this is only the second year and it has changed everything. We would have basically had 20 days to find a coach and try to keep the pieces of the class together. Before you think, we'll still have to prepare for a baseball game with a small staff, because a lot of the staff would probably have gone with Brohm.

According to some information, Brohm would receive about $ 6 million a year, which is a lot of money. That makes him one of the highest paid coaches in college football, but we are paying for stability now. Brohm leaving would have been a huge setback. The high salary is essentially an investment to keep the foundation in place. The real building begins with this new class combined with the experience of next season.

That's why we had to keep it. It's a bet for sure. If it does not work, we will owe him a lot of money. Given Purdue football just two years ago, there is no doubt that he has exceeded expectations. In the 12 losses, 8 were 8 points or less. Three this season came on the last game of the game. Yes, he is 13-12, but you tell me that a major talent upgrade would not have changed any of these games?

It is also about building, because he hopes to be able to repeat the same recruitment success with the 2020 promotion. This would give us two very good assets, followed by a third in 2021. Thanks to this, the balance sheet continues to improve. and we suddenly have a positive feedback loop.

Of course, none of this is a guarantee. Next year is the year when we must be better only 6-6, but the schedule is there. The Big Ten West was not great this season and we have enough to make noise. We could even see a pre-season standings coming our way, who knows.

After years of barely playing football (from an administrative point of view), it's good to see Purdue get started and get fat. From that moment, however, we must keep our promises. Until here, I hope Brohm will do just that.