Kemp suffers from a chest contusion in a wall 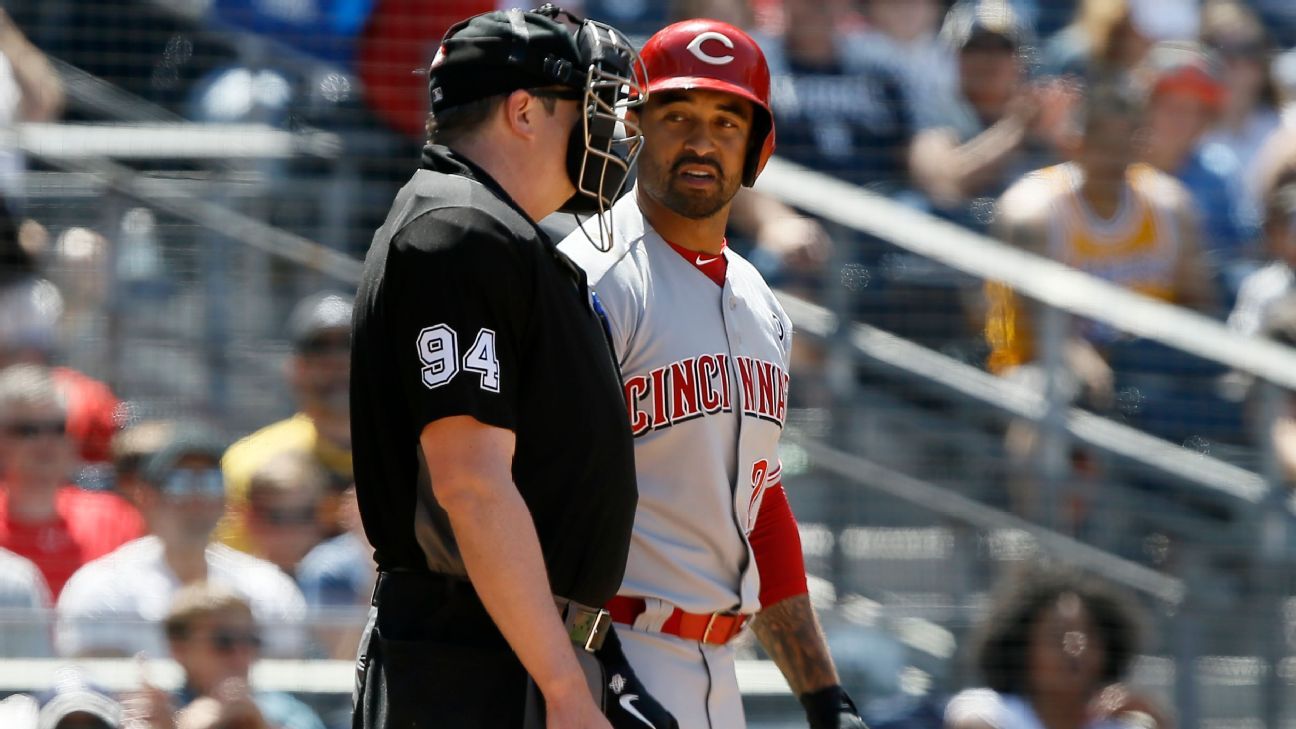 Cincinnati Reds championship player, Matt Kemp, canceled Sunday's 4-3 defeat against the San Diego Padres in the fourth inning after he crashed into the left field wall at Petco Park while tracking a more balloon. early.

He was diagnosed with a chest wall contusion, according to the team.

Kemp hit the wall while catching a ball struck by Wil Myers in the third inning. He returned the ball to the infield and stayed in the game after the coaches checked him.

He then struck early in the fourth inning and was replaced in the outfield by Scott Schebler to open the bottom of the inning.

Reds manager David Bell said Kemp "was a bit dazed, but he was keen to stay in the game" after trying to keep Myers on the left.

"I knew he was suffering a bit," Bell continued. "We just hoped it was temporary, but after his return, it was obvious that we had to get him out of there.

"It's a tough guy, he went very far in the wall and almost managed a nice catch."