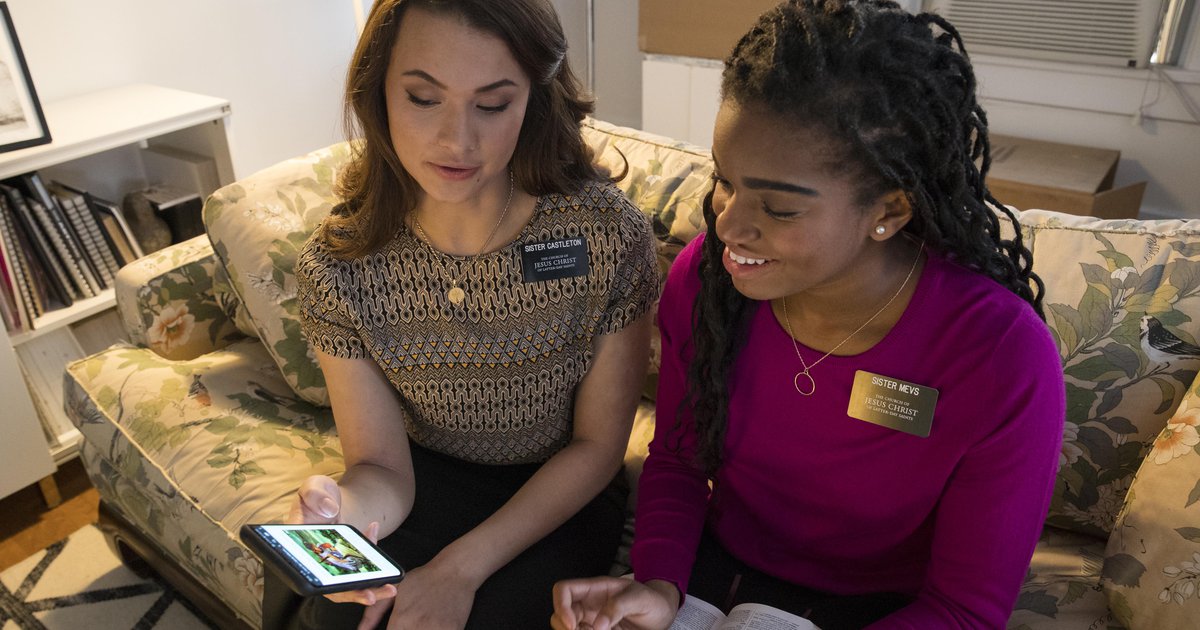 Whether Latter-day Saints make a joyous dance or express reservations about Friday's announcement that missionaries of faith can now call home every week, may depend on their generation.

Families of recent or full-time missionaries were generally delighted to hear their children's voices on the phone, as well as video chats and text messages, more often than Christmas and Mother's Day.

"It will be great for our 11-year-old daughter, whose big brother is very bored," Salt Lake City mother Diana Grant wrote on Facebook. "It's hard for him to email his brother [serving in the Philippines]. "

Véronique Poznanski, who chaired the mission of The Church of Jesus Christ of Latter-day Saints in Paris alongside her husband in Paris from 2011 to 2014, described the move as inspired.

"It seems that mission presidents have to send home more and more emotionally fragile young missionaries," wrote Poznanski, a French citizen who lives in Germany. "Regular communication with parents, in particular, could be helpful because they listen and give loving, reassuring advice and keep an eye on them. … [It also could aid] families who will really feel involved in their [children’s] mission presidents who can collaborate more with families in specific situations. "

It depends, she said, "that these conversations are edifying and of a reasonable duration and that the parents do not invite their friends. [or boyfriends] when they wait for the call. "

As a therapist, Sara Hughes-Zabawa of Billings, Mount, expects these changes to "reduce the number of missionaries returning home earlier, while also supporting the positive increase in their numbers." mental health and their overall emotional well-being ".

It also offers missionaries another way to relay their concerns about safety, physical health and future projects.

Older members, however, fear that contact with parents as often – even if church leaders say missionaries are not called to call their parents each week – may distract young men and women their concern for proselytism in the world.

For some of them, a mission is a sacred moment to devote all their energy to bringing the converts to Christ, without family tragedies or romantic entanglements.

A call to the house only twice a year has been seen – and forbidden – as expressing a desire to withdraw from the world, a noble sacrifice, which some continue to favor.

"We are moving away from the monastic elements of missionary work," said Steve Evans, a Salt Lake City lawyer and founder of By Common Consent, a popular Latter-day Saint website, which expressed mixed feelings about what change. "I hope we can preserve the contemplative and consecrated nature of mission life."

Utahn Peter Asplund at least hopes that phone calls will not supplant "detailed, hilarious and noteworthy emails. [like the ones I] had my oldest when he served. "

These electronic missives, said Asplund, "have created a record of his service that will be very useful to him in the future."

Neil Evans of Reston, Virginia applauded the missionaries' new communication policy but wondered if it was going too far.

It is very helpful to "sit down and put your thoughts and feelings in writing," he said. "I realize that it is not obligatory [to call weekly]but something in the middle would have been nice. Once a month. Once every two months.

He does not know if the calls will give missionaries "more or less homesick," said Evans, a missionary in Virginia from 1987 to 1989, who currently has a son in Peru and a daughter in Brazil. Nevertheless, he is "very grateful that the church is listening and making changes".

Latter-day Saint leaders, for their part, cited missionary mental health and family engagement as reasons for the move.

Nevertheless, these young men (who can be released at age 18) and women (who can leave at age 19) on a full-time mission should "use judgment to determine the length of phone calls and video conversations," he said. the ruling statement of the First Presidency, "And be considerate of their companions."

Family members are asked "not to initiate calls or discussions, but to wait for the missionary to contact them each day of weekly preparation," said the leaders. "If the missionary's parents live in different places, he or she can contact each parent separately."

The church encourages weekly communication with their families "using the method approved by the missionaries," said Apostle Dieter F. Uchtdorf, chairman of the missionary executive council. "It can vary depending on circumstances, places and times this week. It is not expected that all missionaries will call or video chat with their parents each week. The precise way of communicating is left to the missionary, who decides what will best meet their needs. "

The change also offers the opportunity to take into account various family situations, Uchtdorf explained in a press release, as well as to better support missionaries who would benefit from increased personal contact with their family at home.

Missionaries are encouraged to still call their families on special occasions, such as Christmas, Mother's Day, Father's Day, Parents' birthdays and other cultural festivals.

"We love missionaries and know that the Lord values ​​their selfless service," said Uchtdorf. "We continue to try to find the best ways to support and help them and their families while they serve."

Russell Stevenson warns parents that the fact that their missionary can talk to them on the phone every week does not necessarily mean that they should or do not want to do it.

"I was lucky to have parents who knew when to abstain," Stevenson of East Lansing, Michigan wrote, but not everyone does.