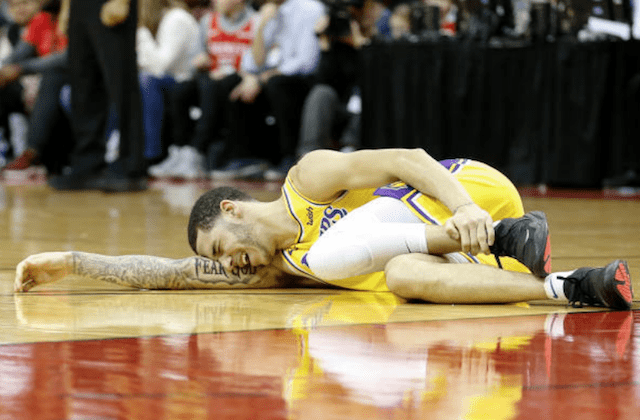 The Los Angeles Lakers announced that the Lonzo balloon continued to advance in the return of a left knee injury caused by a sprain in the 3rd year last month, but that it required more of healing time and recovery due to bone contusion. The balloon will be reevaluated again in about a week.

The update came after Ball was already registered for Friday's game against the Milwaukee Bucks. Thursday's reevaluation and prognosis means that Ball must miss at least four other matches.

The Lakers have two days off after playing the Denver Nuggets on Wednesday, which would theoretically allow Ball to play and have time to play. However, a more likely scenario could result in Ball's return at the start or on a five-game trip starting March 12th.

He was to miss four to six weeks after suffering a sprained ankle on January 19th. An MRI scan the next day determined the severity of the sprain. Although the Grade 3 patient had a torn ligament, surgery was not considered necessary.

Ball would have recently run on an underwater treadmill and evolve into more intense activity. However, the bone contusion delayed his return. Sunday marks six weeks since Ball's MRI.