Microsoft and Google CEOs to Participate in Roundtable at White House 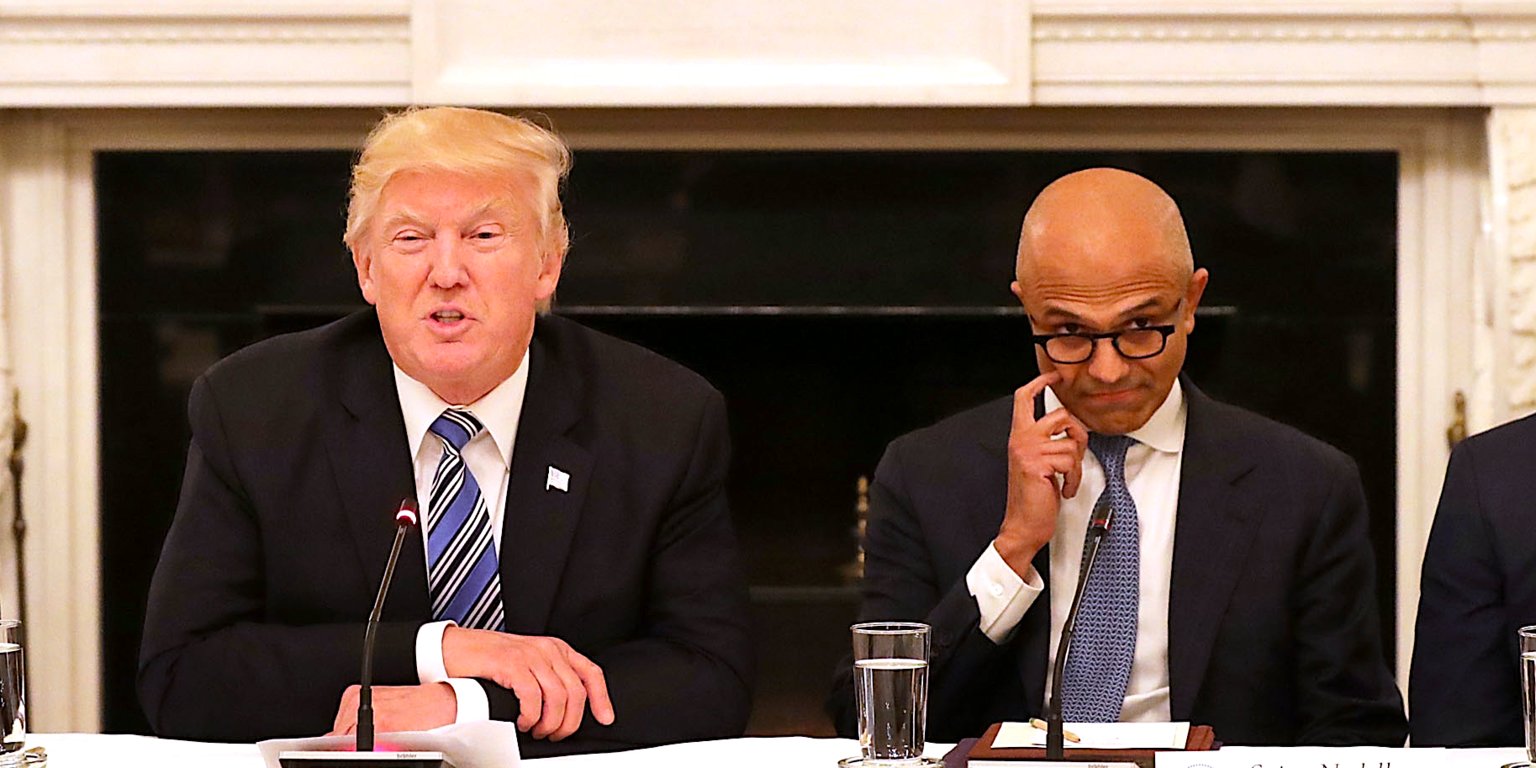 The Trump administration, which sometimes has tense relations with high-tech companies, will meet senior technology officials next week to discuss innovation and future jobs, announced several companies and a House manager. white.

Key leaders expected include Satya Nadella of Microsoft Corp., Sundar Pichai of Alphabet Inc., Steven Mollenkopf of Qualcomm Inc. and Safra Catz of Oracle Corp, a White House official said. Others have been invited but have not yet confirmed their participation in the round tables.

Microsoft and Oracle have separately confirmed their participation. The sessions will focus on the jobs of tomorrow in the technology sector, said the head of the White House.

Since coming to power, President Donald Trump has met with many tech companies, including Google's no-fault charges such as Alphabet, Facebook Inc and Twitter Inc, or "trying to silence people."

Next week, the House Judiciary Committee will hold a hearing with Pichai to discuss allegations of Republican bias against the Conservatives – a charge denied by Google.

The roundtable, to be held next Thursday, will also feature Steve Schwarzman, President and CEO of Blackstone Group LP, and Farnam Jahanian, President of Carnegie Mellon University.

White House Councilor Larry Kudlow said in early October that the administration was preparing a meeting with technology companies.

"We are going to have a small conference – the President will chair it – we will have big Internet companies, big social media companies, research companies," Kudlow said at the time. They will also participate, he added, "people dissatisfied with these companies".

In June 2017, Trump met with leaders of 18 US technology companies, including Apple Inc., Amazon.com Inc., and Microsoft, to help them make government IT systems more efficient.