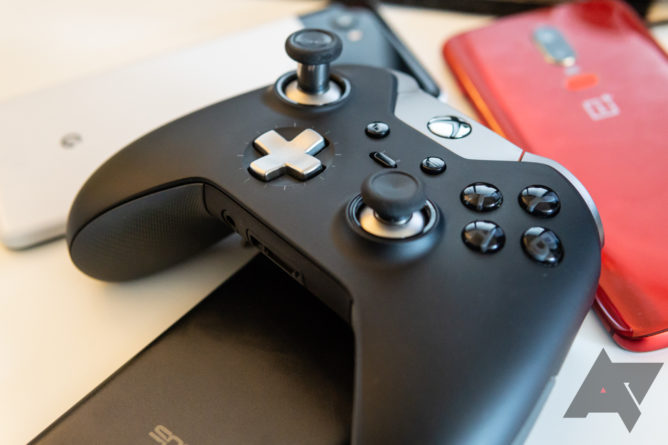 GDC 2019 has been one of the most exciting examples I can remember recently. Not only were enticing gaming announcements announced – seriously, I panicked when I saw the trailer for Vampire: The Masquerade – Bloodlines 2 – but some interesting events unfolded in the movie. play area itself. Google announced Stadia, monitoring Project Stream from last year. Not to be outdone, Microsoft has decided to shed light on its next cloud gaming platform and competitor Stadia, xCloud.

With a much more relevant name for the service than Stadia, xCloud is an ambitious attempt by Microsoft to bridge the gap, so to speak, with which all other cloud gaming services in recent years have attempted to tackle . As one would expect, it is designed to deliver high-end gaming experiences on any screen, even if the company starts with proprietary titles and Android as a customer.

XCloud hopes to stand out by giving players the ability to play games on their phones without the need for any controller to play them. Microsoft plans to do this with the Touch Adaption Kit, a new tool that only requires a JSON file that serves as an input card for seamless overlay. Unlike mobile ports, however, the Tactile Adapter Kit runs on Azure and does not require in-depth game code analysis to rearrange items.

In addition, xCloud will also include new cloud APIs, which are used for alternative backup states that are compatible with mobile devices, and to adjust the text so that it is better suited to smaller screens. Microsoft declined to mention when we could start seeing the first xCloud tests, but I would bet it's once this year to compete with Stadia.