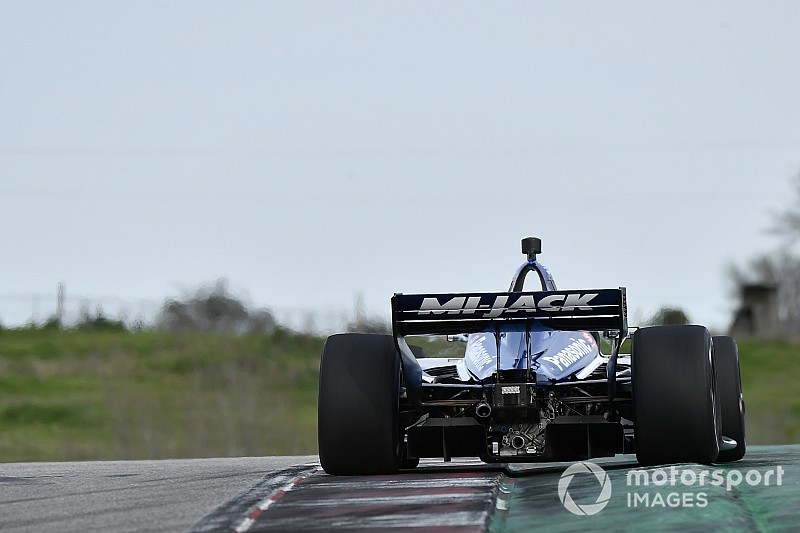 The wide runoff range at Turn 19 allows drivers to carry more speed out of turns and reduce side friction on the front right tire by attacking it at a shallower angle.

This latter issue could become crucial given the length of the runway – COTA is the second longest run of IndyCar – and the expected rate of outbreak of the firenones Firestone combination.

In terms of speed, teams and drivers rely on this runoff zone to improve turn times by 0.2 to 0.3 seconds, although this also adds to the danger that tires get fouled before braking for Turn 20.

Max Papis, who, along with his former IndyCar winner, Arie Luyendyk, advises race director Kyle Novak in Race Control, told Motorsport.com that "IndyCar's intention was not to impose runway limits when it was not necessary.

"Because we do not impose lane limits, do not means that a pilot can push another pilot off the runway simply because there is asphalt instead of gravel; we will monitor that very closely.

"During the test, there was no factor suggesting that running over the sidewalk would give a clear advantage. So it has been decided that if you see someone running behind the sidewalk coming out of turn 19, his turn will count anyway. We are all concerned about consistency and predictability and we have thought about it a lot.

"But that's the only part of the track where you'll see people deliberately running over the sidewalk. As I said, asphalt beyond the sidewalk is not supposed to be used to improve speed, but to improve safety.

"So, compared to the F1, to the hairpin [Turn 11] We added two hurdles, because during testing, we found that it was possible to miss the hairpin, run away, and suffer no speed penalty. So we created two obstacles so you do not gain any advantage if you miss the corner for whatever reason. "