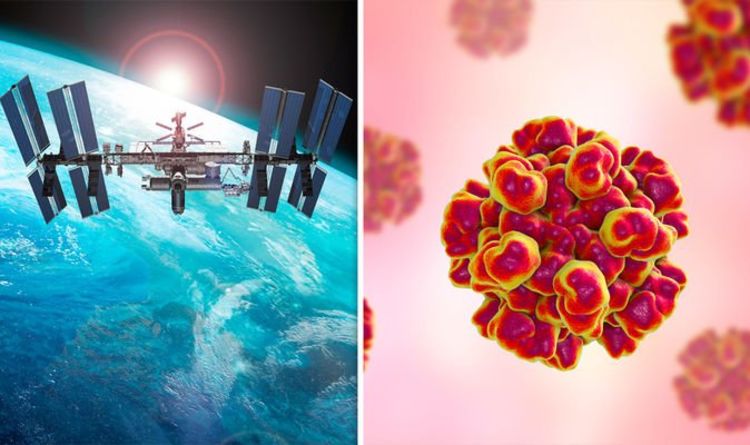 The effects of microgravity and cosmic radiation – without the Earth's atmosphere to protect themselves – can cause considerable damage to the immune system. A new NASA study has revealed that the herpes virus can sometimes be awakened when a person leaves the Earth and is placed in the conditions of space. The space agency found that some 53% of astronauts on short-duration space shuttle flights had signs of herpes, and that number was 61% of those on longer ISS missions.

"At the same time, we find that the immune cells of astronauts, especially those that normally kill and kill viruses, become less effective during spaceflights and sometimes up to 60 days later.

"To date, 47 out of 53 astronauts (53%) performing short spaceflight and 14 out of 23 (61%) participating in longer ISS missions have eliminated the herpes virus in their saliva or urine samples.

"These frequencies, as well as the amount, of viral shedding are significantly higher than in pre-flight or post-flight samples, or in matched healthy controls."

Dr. Mehta said that the development of countermeasures against the virus was a top priority and was essential to the success of deep space missions.

Only a small portion of astronauts develop symptoms, but virus reactivation rates increase with the duration of space flights.

Dr. Mehta continued: "The ideal countermeasure is the vaccination of astronauts – but this option is only available against the VZV right now."

"The trials of other herpesvirus vaccines are not promising, so we are focusing on the development of targeted treatment regimens for people suffering from the consequences of viral reactivation.

"This research is also of considerable clinical relevance to patients on Earth, and our spaceborne technologies for rapid detection of viruses in saliva have already been used in clinics and hospitals around the world."

Anti-depression pill from 70 years ago could be used to treat prostate cancer, research shows