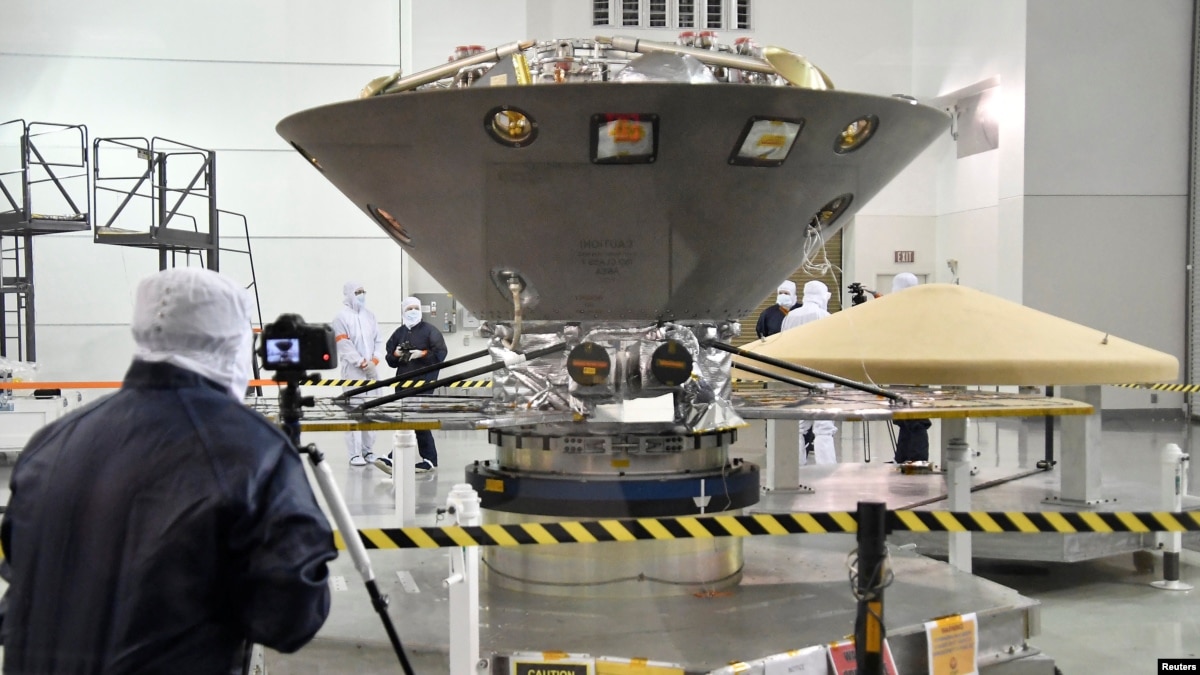 NASA from the US Space Agency says its latest Mars probe has landed successfully on the Red Planet with a unique mission to explore the interior of Mars.

After traversing hundreds of millions of kilometers in space over the course of six months, the probe, called InSight, landed unhindered Monday on the surface of Mars.

Engineers at the Jet Propulsion Laboratory in Pasadena, California, were shouting for joy as they received data showing that the satellite had survived a dangerous run on the Red Planet.

"Touchdown confirmed!" Announced a flight controller. A few minutes later, the controllers received a photo of the new probe environment on Martian soil.

It took six and a half minutes for the spacecraft to enter the atmosphere of Mars, descend and land. During this time, InSight slowed down from an initial speed of 19,300 km / h (12,000 mph) to only 8 km / h (5 mph) at the time of landing. To ease the landing, scientists equipped InSight with a parachute, downhill thrusters and damping legs.

"What an amazing day for NASA," said Jim Bridenstine, director of the agency. He stated that Vice President Mike Pence had called him a few seconds after the touchdown to congratulate everyone who had worked on the project.

NASA has made seven landings on Mars over the last four decades, with a touchdown. The space agency tried for the last time to land on Mars six years ago, when the Curiosity rover reached the red planet in 2012.

The enthusiasm sparked by the last landing was high, with viewing parties organized across the United States. The NASDAQ giant screen at Times Square in New York aired NASA TV on Monday afternoon.

After the probe landed, an eight-minute delay in communication elapsed before scientists on Earth could determine if the hit was successful. Two satellites following InSight since it took off in May sent radio signals to Earth about the spacecraft, but these messages took eight minutes to reach NASA scientists.

"Every step is something that happened eight minutes ago," Bridenstine said.

After touching down, InSight waited 16 minutes to allow the raised dust to resettle. A few hours later, NASA confirmed that the probe had deployed its solar panels converting sunlight into electricity. This is a crucial step that will allow the LG to self-feed for the next two years.

"We operate on solar power, so it's important to have the bays up and running them," said Tom Hoffman, Project Manager at Insight.

InSight has a battery system, but it only stores enough energy to power the probe for a day.

At a press conference after landing NASA, astronauts from the International Space Station called to congratulate the scientists who worked on InSight.

Scientists carefully chose where they wanted the probe to land, choosing a large volcanic plain called Elysium Planitia because it has fewer rocks and less chance of gusts of wind that could spill the undercarriage. .

At the time of landing, InSight had traveled 484 million kilometers. However, as this is not a mobile, he can not move through the Martian surface. Scientists say it was essential that InSight land in the right place because it's where it will land.

Insight's unique mission is to explore the interior of Mars. While other missions on Mars have sought to better understand the surface and atmosphere of the planet, it is the first to focus exclusively on what lies beneath the surface of the planet.

The mission should last one year

The InSight mission, valued at $ 850 million, is expected to last 24 months, or about one Martian year. It will try to gather a whole series of information, especially on the underground temperature and the seismic activity of Mars, as well as to carry out an underground mapping project. Insight is armed with a crane, a thermal probe and a seismometer. He is able to hammer 5 meters below the surface.

Scientists hope the mission will help answer questions about the composition and evolution of the planet and determine if Mars was formed from the same mix of materials as the Earth.

Bridenstine says he hopes Insight will also provide crucial information on the possible presence of liquid water on Mars.

Bruce Banerdt, Principal Investigator at InSight, said the mission had lasted 10 years. "But even after the landing, we will have to be patient for science to begin," he said.