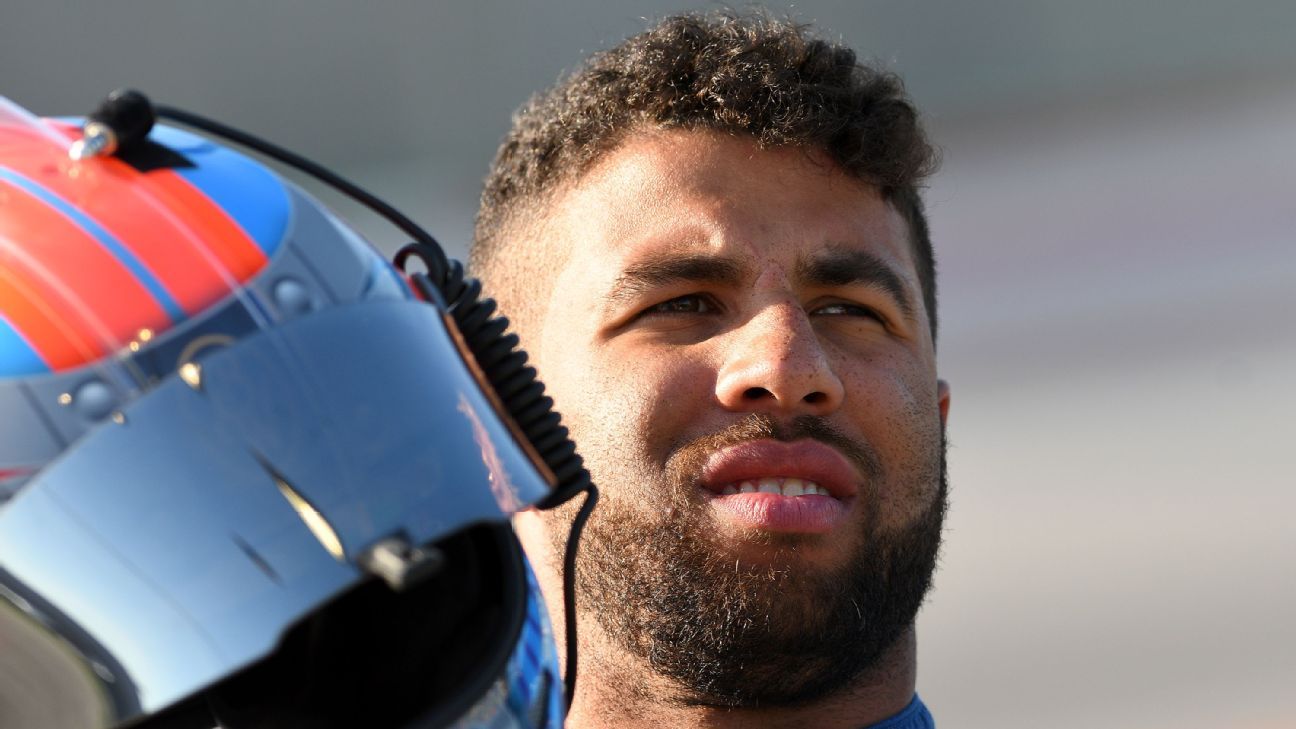 KANSAS CITY, Kan. – Bubba Wallace, NASCAR driver, admitted to having gone through difficult times, on and off the track, before crumbling in tears before Saturday's Cup race at Kansas Speedway.

Wallace, 25, struggled through his second full season at NASCAR, his best-ever 17th finish at Martinsville. The iconic number 43 of Richard Petty Motorsports ranks 28th, far from being contested week after week.

Wallace spoke Friday about the challenges the team had to face when he said: "You try to be the best you can be and sometimes it's not good enough." Later he said he had gone through "the depression and all that had resulted," and that he had partly overcome the troubles by getting into his car.

"I'm going to be cursed," Wallace said softly, his blue hat over his eyes. "Everything disappears when you get behind the wheel, it's 16 years of driving, it helps, but it's difficult."

It was at that time, between testing and qualifying, that Wallace said, "I'm about to crash, and I'm what I am." He then buried his face in his hands.

"It's been a tough time for a moment," said Wallace, who is usually optimistic, from Alabama and only NASCAR's top black driver. "I'm just trying to do everything I can."

Wallace is known for wearing his heart on his sleeve, one of the reasons he became a favorite among many fans. Tears also sank after he finished second in the Daytona 500 race last year, making it his only top 5 finish in 51 league games.

There were signs for some time that Wallace was struggling beyond the track, but the results certainly did not help him. Normally, a gem of joy on social media, Wallace posted in a pair of tweets earlier this week that he'd "not been in a good position for quite some time now".

Accompanying a montage showing Wallace joking, he tweeted, "Ha, with a laugh and a smile like this every week, you'd think it's impossible to hide so many negative and dark things (poop dark and lonely roads are not fun., continues to continue I guess. "

Wallace admitted Friday that he had crossed the bleachers after Monday's race in Dover and heard people shout for support. He said that it was an edifying moment after a difficult weekend.

"They were just shouting my name," Wallace said. "A frustrating weekend, but going through the stands, it was nice, it was nice to see all the support and all the love."