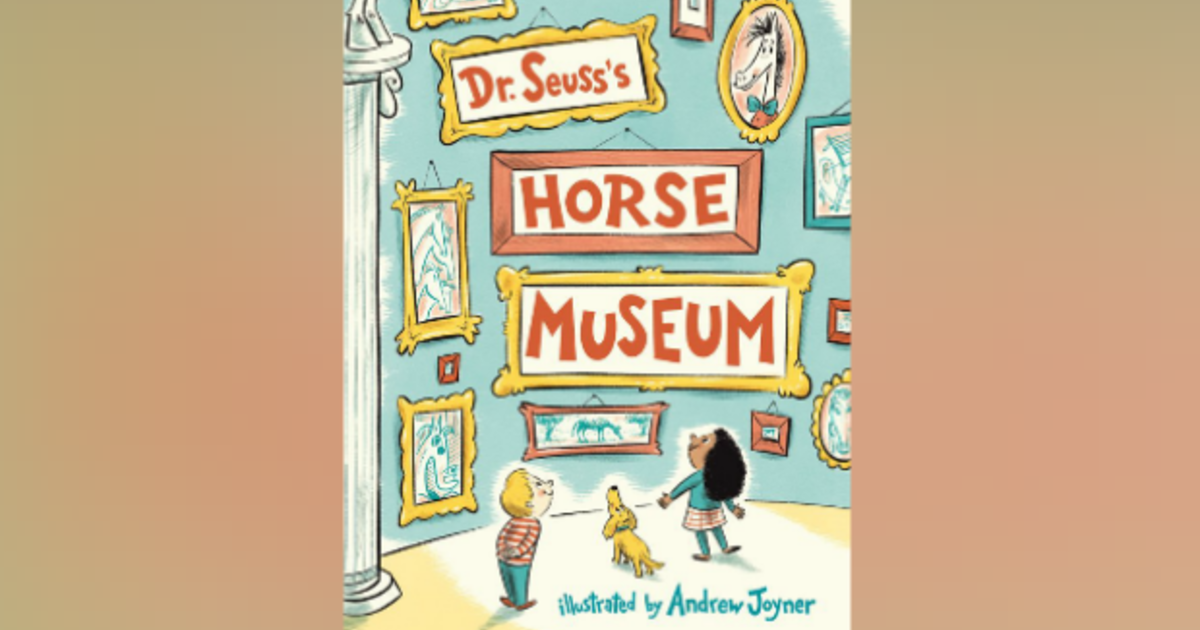 It's more true than true – a posthumous Dr. Seuss book is published in September, 28 years after the death of the author, Random House Children's Books announced Thursday. According to the press release, the book talks about "creating and experimenting with art".

Dr. Seuss' "Horse Museum" will be released on September 3, 2019, with an initial print of 250,000 copies. The original manuscript was discovered by the late author, whose real name was Theodor Seuss Geisel, and the 2015 bestseller "Which pet should I get? "

The book speaks of a friendly horse who takes a group of students to visit an art museum. "Artists and non-artists will appreciate the timeless theme of Dr. Seuss's museum, that there is no proper way to interpret the beauty we encounter every day," the press release said.

The unfinished manuscript has since been completed by the famous illustrator Andrew Joyner, who was inspired by Seuss' original sketches to complete the book. The illustrations are accompanied by photographic reproductions of Pablo Picasso's famous horse works, Alexander Calder, Jackson Pollock and many other artists. The characters of Dr. Seuss from other stories – including Cat in the Hat, Grinch and Horton the Elephant – also make cameos.

The editor's note at the end of the book will reveal information on the discovery of the manuscript and sketches, the love of Seuss for modern art, Joyner's creative process and information about the artists.

"This new book will not only entertain as Dr. Seuss can do, but will certainly spark discussion about the myriad ways in which we view the world around us," said Susan Brandt of Dr. Seuss Enterprises, LP. the kids will ask: "What do you see?" after sitting with this latest creation of Dr. Seuss ".

The announcement of the new book of Seuss follows that of Netflix tease from an animated adaptation in 13 episodes of the beloved book of Seuss, "Green Eggs and Ham". The series, produced by Ellen DeGeneres, will debut this fall – and includes the voices of Adam Devine and Michael Douglas, followed by cameos from a handful of other stars.

In the show, unlikely friends, Sam I Am and Guy Am I go on an adventure to try to save an endangered animal called "Chickeraffe", while learning about the world. hope, friendship and of course, green eggs and ham.