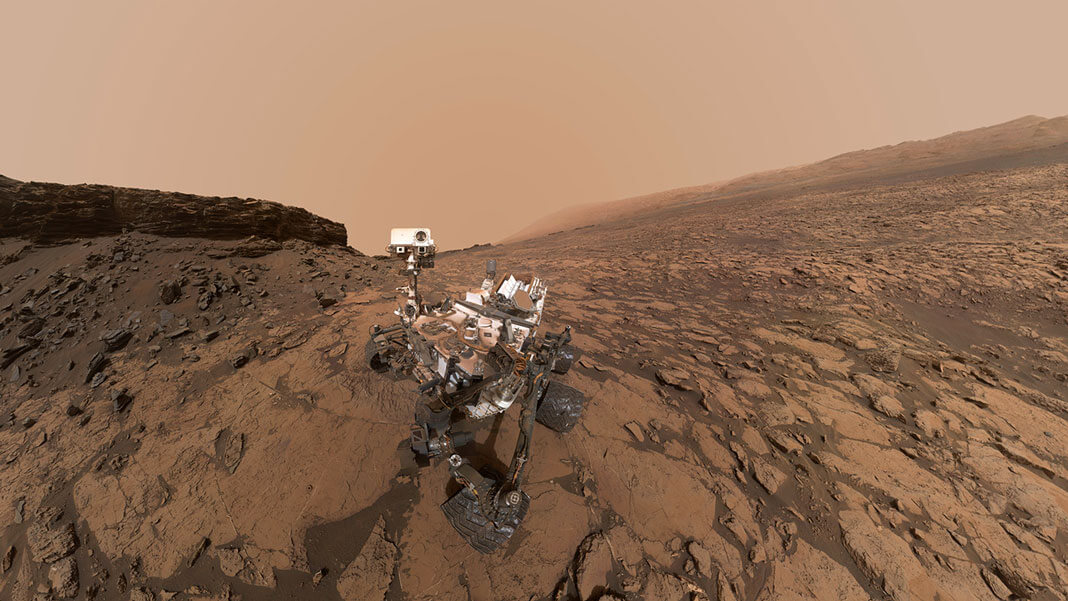 Scientists and science fiction writers have had the idea of ​​terraforming Mars for nearly a century. Moving the red planet to green is considered a crucial step for humanity to become an interstellar species.

A recent suggestion is that this could be done by launching nuclear weapons on Mars. In theory, the explosions would release CO2 and create a greenhouse effect, thus increasing the freezing temperatures.

It sounds wild, close to madness, but many of the other ideas that have been put forward about how we could potentially get Mars to support human life. Each has its own merits and challenges, but one factor common to all is that they need exponential technologies to make progress before they are viable.

Nuking Mars took off viral recently Elon Musk tweeted that we should consider using nuclear weapons to terraform the red planet. This is an idea that Musk has launched several times in recent years. his own t-shirt. Musk himself seemed to go back a bit since then, stating that he was not suggesting that nuclear weapons were the only solution, but that we should be open to exploration from a wide range of options.

Perhaps we should start by completely removing nuclear weapons from the list. Aside from the ethical and legal issues, probably about 3,000 nuclear weapons would need to be installed on Mars per day for about seven weeks. Long before we finished, we would have no more nuclear weapons.

For other ideas, we can turn to science fiction writers and scientists, including Carl Sagan and NASA. NASA released On the habitability of Mars: an approach to planetary ecosynthesis in 1976, which highlights genetically modified photosynthetic organisms and the melting of polar ice caps as potential means to green Mars.

We'll come back to what NASA thinks about the terraforming of Mars today, but let us first ask ourselves about other possible ways of doing this.

Asteroids have probably played a central role in the transformation of the Earth into a green planet. We could potentially try to do the same with Mars by launching several smaller or massive asteroids on the planet. The onslaught with celestial bodies would release masses of CO2, as well as possibly water.

If it was a cooking recipe, the use of mirrors to terraform Mars would be as follows: build a range of gigantic space mirrors with a diameter corresponding to the distance between Washington DC and Philadelphia. Reflect the sun's rays on Mars to vaporize the CO2 trapped on the planet and trigger a greenhouse effect. Bake until ready.

Genetically modified microbes could be a way to create a breathable atmosphere on Mars via photosynthesis of microbes. They would face difficult living conditions, but the recent Israeli mission on our moon is testament to the resistance of microbes. An undetermined number of tardigrades were on board the craft and they could still be alive (and if so, they probably wonder what happened to them).

We can also attempt a frontal attack of the industrial revolution type. This would involve the creation of factories on the planet for the sole purpose of producing gases such as methane, CO2 and CFCs, as well as water vapor, and releasing them into the atmosphere. ;atmosphere. A slightly ironic article suggested that the same could perhaps be achieved by wholesale "exporting" decision-makers from fossil fuel companies to Mars.

The proposed ideas look even more like drawing snow forts on a piece of paper than practical solutions. A central question for all is whether the necessary materials are found on Mars or in its general vicinity. For some, like asteroids, the answer is no (although there are many between Mars and Jupiter). Other, such as the materials needed to build giant mirrors, remain more unclear. The same applies to the amount of water or greenhouse gas trapped in the rocky surface of Mars, without which most terraforming processes would be blocked.

Other problems must also be solved. For example, the magnetic field surrounding Mars is less extensive than the one surrounding the Earth. As a result, the planet's ability to "lock in" on atmospheric elements and block harmful solar radiation is reduced. In other words, we must find a solution because we risk seeing a large part of the atmospheric elements produced during terraforming processes drifting in space.

With this in mind, it is perhaps not surprising that a 2018 NASA study looked at Mars' observations of the last 20 years of spacecraft and concluded that it was not possible to terraform Mars with the current technology. He adds that "such efforts must be very far away".

Of course, all these efforts do not have to be far away in the distant future. If and when we decide to install permanent residence at our neighbor's red, it does not have to be a wholesale operation. The first step will probably be to create biodome structures using, for example, silica airgel bubbles that mimic the Earth's atmosphere.

You may be wondering "if it's so difficult, why bother trying to terraform Mars?" There are a number of answers, including:

Whatever your preferred answer, it seems likely that the colonization of the Red Planet on a global scale will require terraforming, which is currently not technologically viable. In the short term, we would do well to focus on solving human-induced risks that could make the Earth's environment more similar to Mars or Venus.

However, if exponential technology has taught us anything, it is because progress is often faster than expected. The colonization of Mars by terraforming may be viable sooner than expected.

Room A is a small thought experiment. Imagine coming back a few decades back and proposing a story telling a sci-fi writer. The story would feature a serial entrepreneur. First and foremost, it helped make virtual money, before founding a company manufacturing electric cars (semi-autonomous) and a reusable space rocket company. He was about to fly tourists on tourist trips around the moon. Oh, and his new idea is to terraform Mars using nuclear weapons. This author would probably reject the premise as so incredible that it would not make a good story.

Yet we are in real life.