On the photo: the youngest victims of the war in Yemen

The youngest victims of the war in Yemen: hungry babies are treated at the hospital where doctors fight for their lives while millions of people suffer from the famine caused by the conflict

Horrible images of starving children in Yemen shed light on the brutal reality that millions of civilians face as a result of the famine caused by the ongoing conflict.

The parents were photographed rocking their severely malnourished children at Al-Sabaeen Hospital in Sana'a as the Yemeni government's war against the rebels continued.

In one of the troubling images, a severely malnourished child who looks only a few weeks old clings to life while his face is deformed by pain and wrinkles due to lack of food. and water. 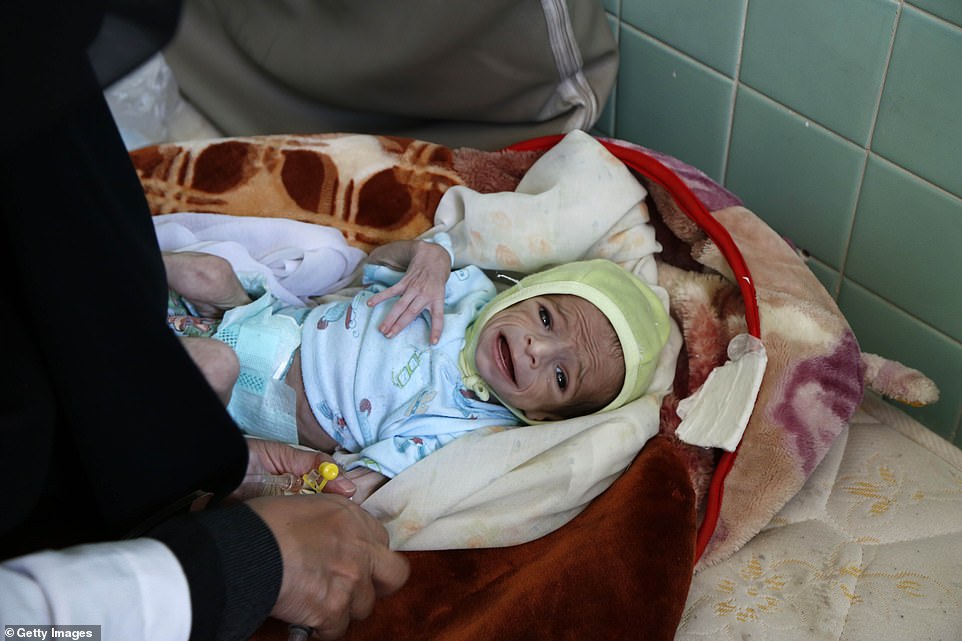 A severely malnourished baby, who does not seem to be more than a few months old, is fighting for his life at Al-Sabaeen hospital in Yemen 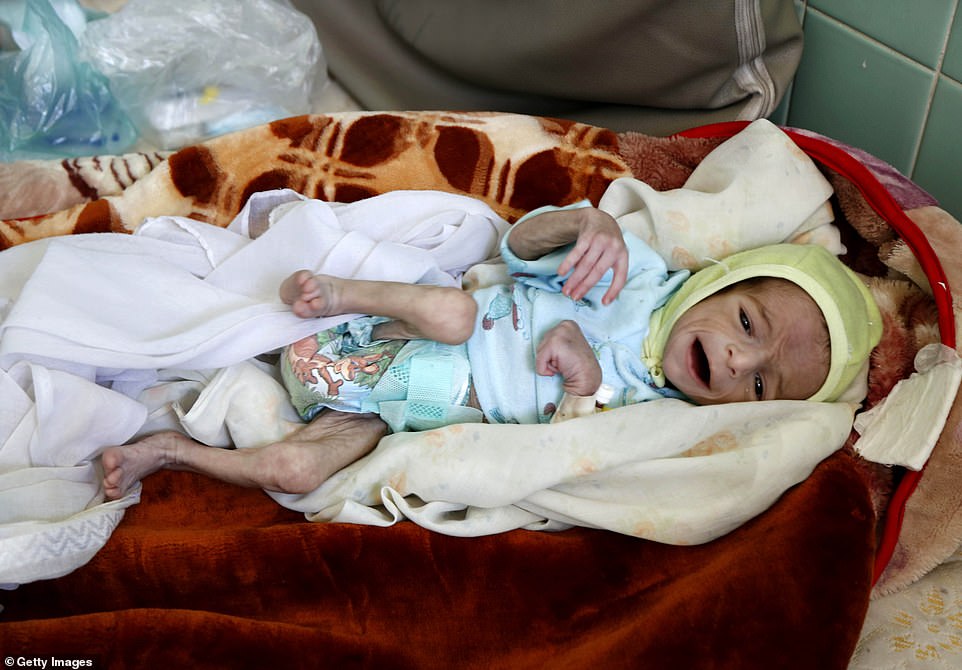 The limbs and small face of the small child seem devoid of muscle, fat and water, while he clings to life at Al-Sabaeen Hospital 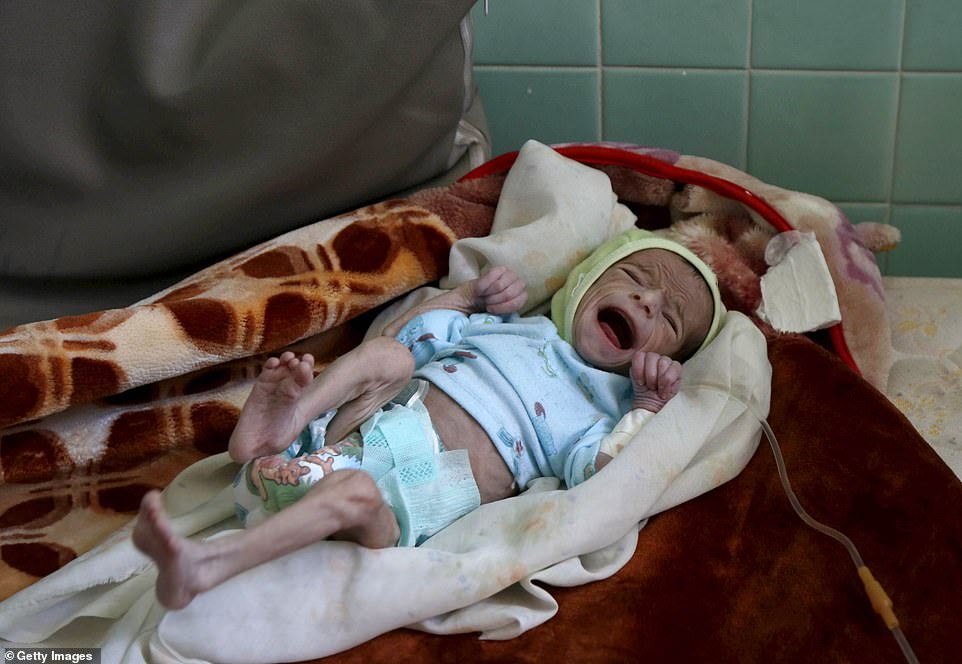 The little baby cries while he writhes in pain at Al-Sabaeen Hospital. Its small limbs are so thin that the bones of his legs and arms are very prominent.

The Yemeni government and Houthi rebels have agreed on the first step of a mutual withdrawal of forces from the port city of Hodeida, a key entry point for humanitarian aid announced the United Nations.

The agreement came after two days of meetings in Hodeida, according to a statement from the UN.

The warring parties agreed to a ceasefire in the city and an exchange of prisoners during talks held in Sweden in December, but the implementation of the two is down.

According to the statement, the two sides "have made important progress in planning the redeployment of forces foreseen in the Hodeida agreement".

The Yemeni government has been fighting rebels since 2014, when the Houthis invaded the north and seized the capital, Sanaa. 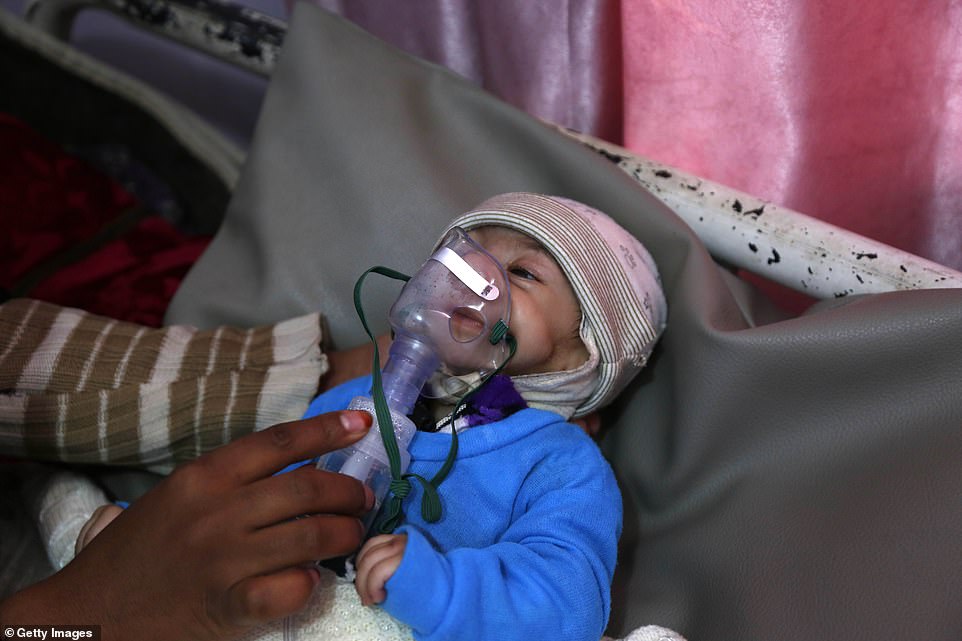 Another small child receives a gas mask at the hospital. The region is struggling to get foreign aid in the region and the Red Cross has warned that if the war continues, Yemen could have its worst famine in more than 100 years. 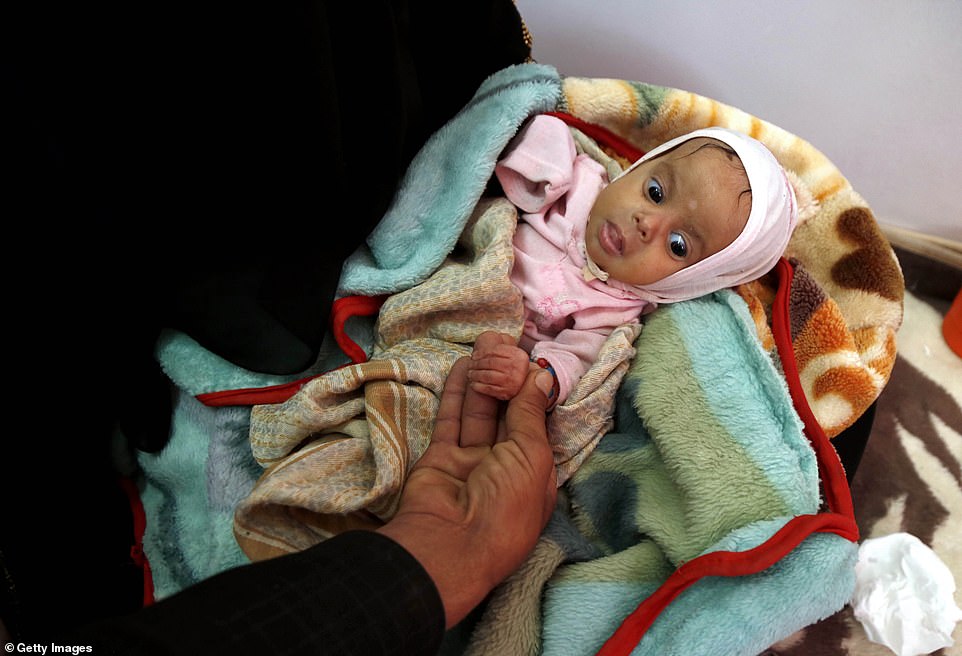 In Yemen, two million displaced people have been displaced by the conflict and those left behind have suffered enormously

A coalition led by Saudi Arabia entered the war on the government side in March 2015.

The stalemate in the conflict has killed tens of thousands of people and caused famine.

"This is encouraging news, as people have lost faith in the process, which has caused fears of an immediate return of fighting in Hodeida and its environs," said Peter Salisbury, senior analyst at International, based in Brussels. Crisis group.

He added that parties now had to implement the agreement, warning that "there was enough room for them to play games here, so we should not be overexcited." 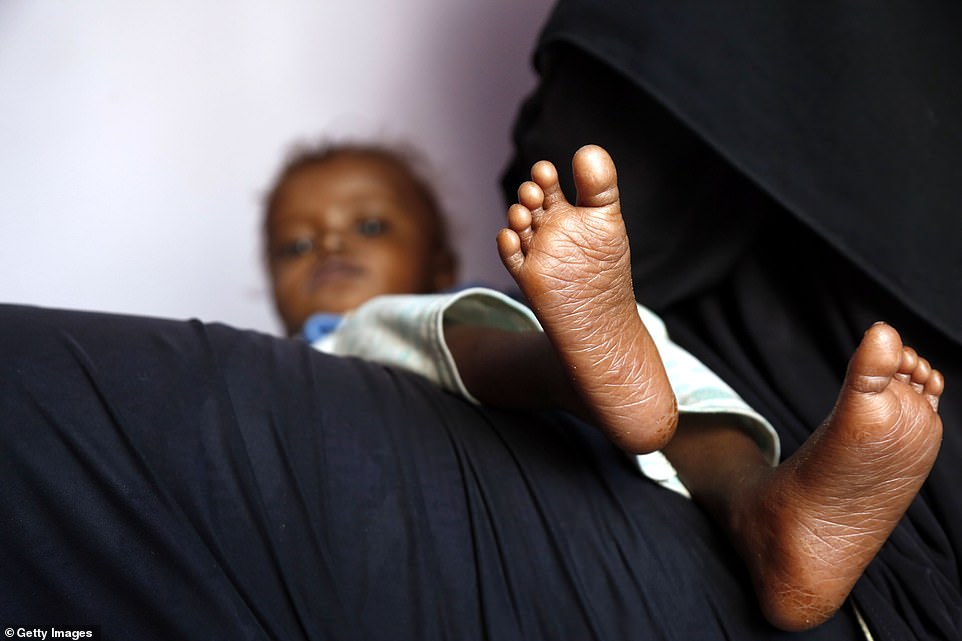 Many children are affected by the famine resulting from the ongoing war and conflict in Yemen.

British Foreign Secretary Jeremy Hunt praised their progress, saying the agreement should be "quickly developed and implemented", and calling for progress on the release of prisoners.

Under the agreement reached between the UN and the month of December, the two sides agreed to redeploy their forces out of Hodeida, which is currently controlled by the Houthis. 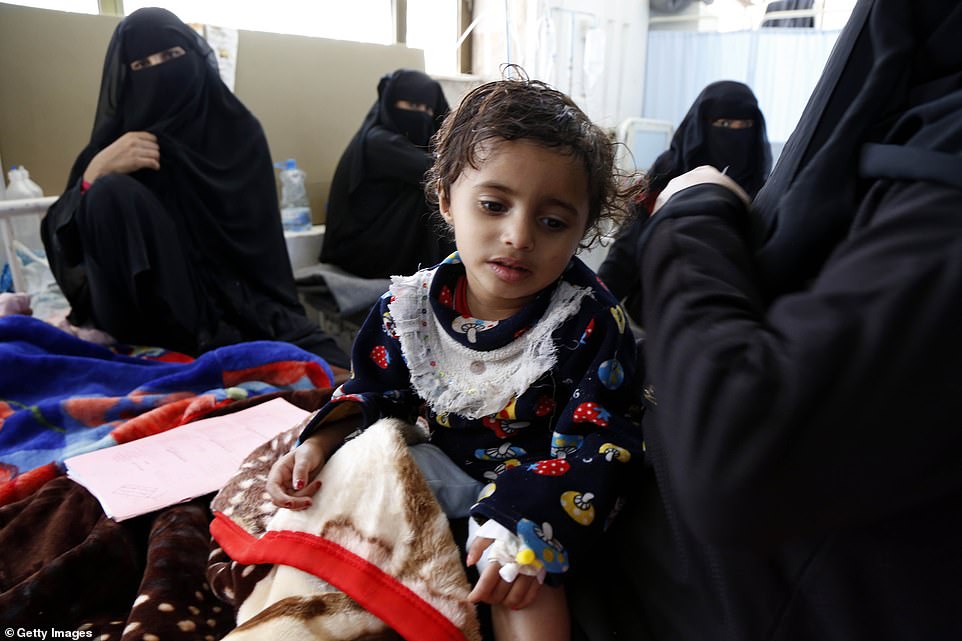 The Yemeni government and Houthi rebels have agreed on the first step of a mutual withdrawal of forces from the port city of Hodeida, a key entry point for humanitarian aid announced the United Nations. On the picture: a child at Al-Sabaeen Hospital

Local authorities and the police would run the city and its three ports under the supervision of the UN.

The first step in the implementation, agreed this weekend, would be to withdraw forces from the ports of Hodeida, Salif and Ras Issa, which manage about 70% of Yemen's imports.

For his part, UN envoy Martin Griffiths left Sanaa Monday, one day after meeting with rebel leader Abdul-Malek al-Houthi to discuss the "complex situation" in Hodeida and the surrounding area.