Pistons vs Raptors Final Score: Welcome to the Hamidou Diallo Show in Detroit 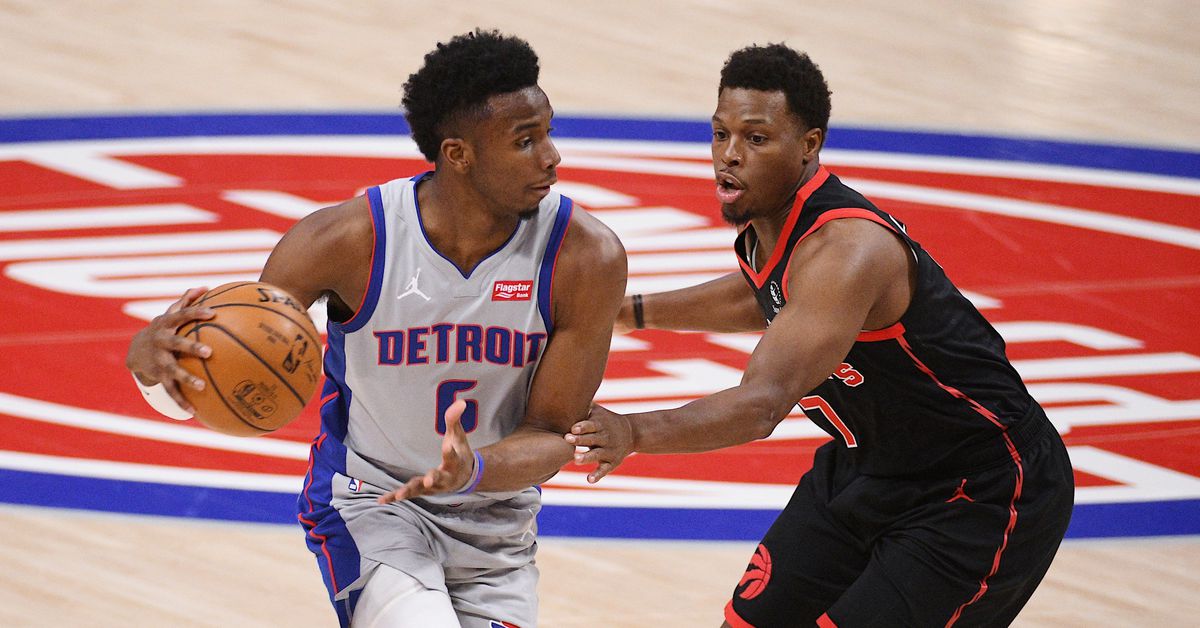 Well that was fun.

I know, I know, the Detroit Pistons have to lose games, not win them. The #FadeForCade and #BeCrappyForMobley campaigns are in full effect. However, when you have a game like this, a 118-104 win over the Toronto Raptors, you can’t help but enjoy it.

It’s not that the Pistons improved on any of their second-round picks by beating the Raptors, who curl up in the depths of no return, it’s that the kids were awesome. It’s the kind of game that makes a blah season like this fun.

Hamidou Diallo was the star of the show.

After scoring six points on his quiet debut against the Brooklyn Nets last week, Diallo was all over against Toronto. He got to the rim at will, he blocked shots, he hit a triple, he whipped behind the back passes.

He finished with a double-double, 19 points and 10 rebounds, to go with 3 assists, 2 blocks and a steal. Diallo did it all, showing off his athleticism on both sides. Now don’t get me wrong, I really want to see this dude throw a highlight jam in a game, and it will come, but he’s showing his athleticism is more than just verticality.

Its explosive speed, especially when it has a lane to the rim, combined with its soft touch around the rim makes it a bucket when it gets to the basket:

Saddiq Bey also had a good game, scoring 19 points in about two and a half quarters of action. He gets more confident after the dribble, and he’s flashed it a few times tonight, but Bey is still at her best in those catch-and-shoot situations.

I was impressed with his agility in the corners. He’s always aware of where he’s at, and he’s good at side-dribbling to make room and get out of trouble. There is not a lot of room to operate in these areas, but there is already very good.

He also did, which is pretty much a microcosm of this game:

Saben Lee had a well-deserved night scoring the ball, finishing with 19 points and 5 assists. He made two first triplets, which is nice to see, and did his usual thing of squeezing through the trees downstream, finding guys for the shots. He’s definitely the Pistons’ top point guard, which is pretty amazing considering a lot of us (read: me, in particular) didn’t know him at all when he was drafted.

Isaiah Stewart scored 14 points and hit another triple, showing his growing offensive repertoire, while Frank Jackson scored 12 points off the bench. Someone told me this on Twitter the other day – did you know Frank was only 22? It upsets my mind, he feels like a 26 year old companion.

He grows on me – and Dwane Casey seems – with his style always ready to shoot.

Cory Joseph was also great (really!) Finishing with 17 points, 5 rebounds and 5 assists against his former team. Those 27 minutes should be drastically reduced when Killian Hayes returns (hopefully next week), but in the meantime Joseph is giving the Pistons good minutes and a veteran presence.

Even Tyler Cook, fresh off his second 10-day contract, made an impact with 6 boards, 2 assists and 3 points, bringing the ball himself onto the pitch a few times for good measure.

Jerami Grant had a great defensive game, but struggled with his shot and only scored seven. The defenses are really focused on him, and he’s still trying to figure out how to adjust his approach, it seems.

I have to say these Raptors are talented – Kyle Lowry, Fred VanVleet, OG Anunoby, and Pascal Siakam are still really good – but this team, man, is bad. They’re in a tough spot of not being able to play in Toronto at all this year, but they just look like a team that isn’t going anywhere.

Finally, here’s your mandatory lottery update: The Timberwolves and Rockets lost tonight, which means the Pistons (13-33) are tied with Houston and 2.5 games. behind 11 wins in Minnesota for the best odds.

Detroit actually has the tiebreaker over Houston, so they’re currently in second place.