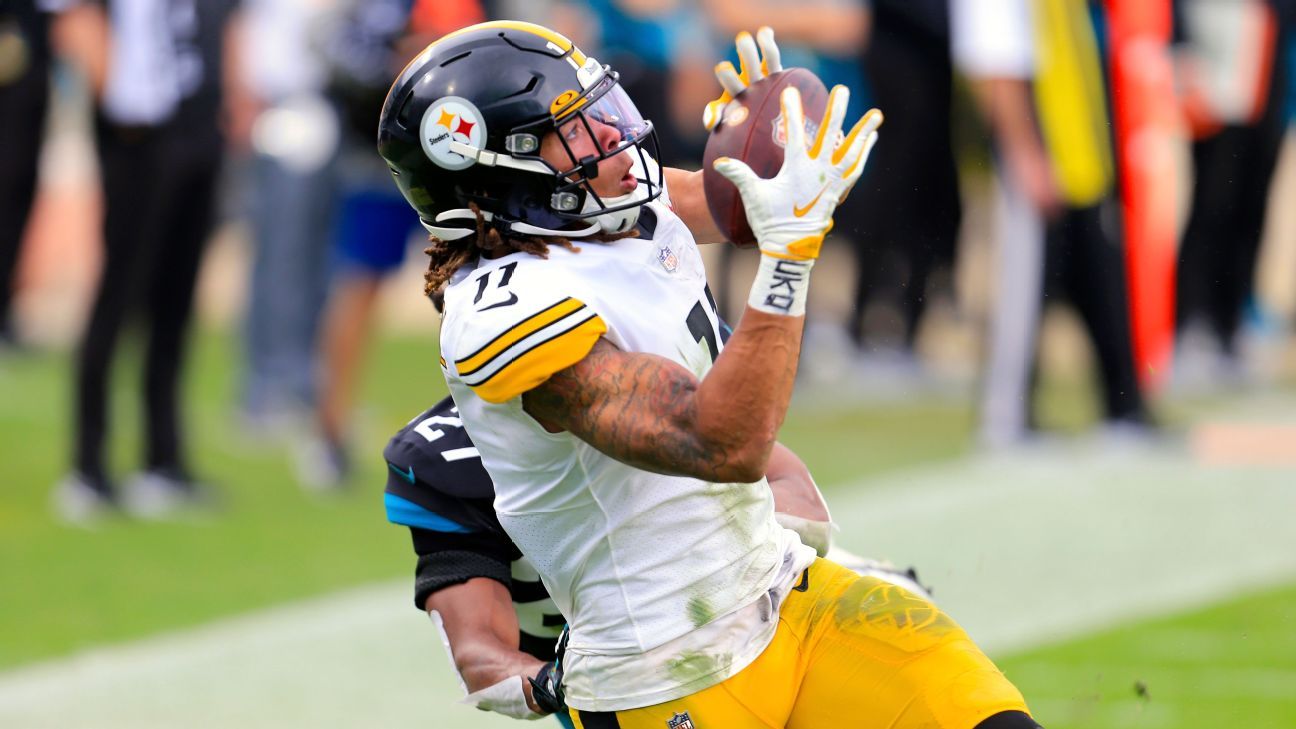 The air around Chase Claypool keeps getting thinner.

With a 31-yard touchdown reception from Ben Roethlisberger against the Jacksonville Jaguars on Sunday, the rookie has scored 10 touchdowns this season, joining Green Bay’s Bill Howton (1952), Houston Oilers’ Bill Groman (1960) and Chicago’s Harlon Hill. (1954). as the wide receivers with the most touchdowns in their first 10 career games in league history. Howton leads the field with 11, while Groman and Hill scored 10.

Claypool is now trailing only Franco Harris (1972) and Louis Lipps (1984) for the most touchdowns in a season by a Steelers rookie. Harris and Lipps each had 11.

Claypool’s score came on a deep ball from Roethlisberger with just over seven minutes left until halftime, giving the Steelers a 10-3 lead over the Jaguars 1-8.

To celebrate, Claypool presented football like a cake to JuJu Smith-Schuster, who turned 24 on Sunday, while the rest of the receivers sang happy birthday and he blew out the candle.

Claypool, the Steelers second-round pick, has been all over the record books in his first 10 games of his NFL career. Earlier this season, his six touchdowns tied the NFL record for most touchdowns by a rookie wide receiver in his first 5 career games since 1970. He also scored four touchdowns against the Philadelphia Eagles, setting a record rookie of the Steelers. And he became the first rookie in NFL history with three receiving touchdowns and a quick score in one game.

And it’s showing no signs of slowing down anytime soon.

Formula 1 champion Lewis Hamilton has COVID-19, will miss next race

‘Do you like the Clippers?’: LeBron James reveals his Lakers recruiting pitch for Montrezl Harrell