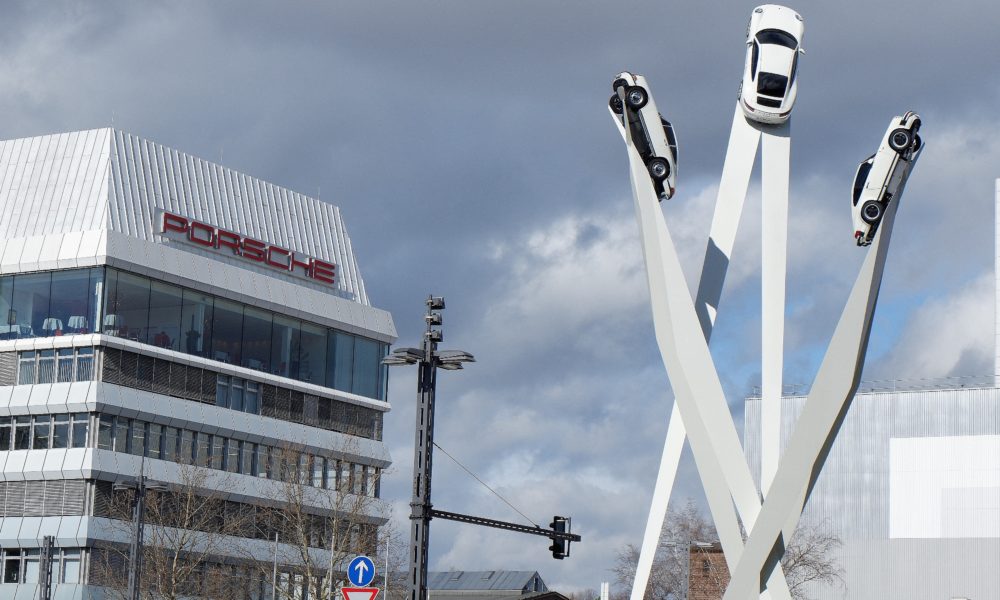 In addition to the red brick walls at Porsche's headquarters in Zuffenhausen, an electrical transformation is underway. It's a transformation that goes back to its beginnings, despite the company's pedigree with the internal combustion engine. Tall, modern buildings sit next to older factories and shops, witnesses of history. The low noise of heavy machinery is audible in the distance, a reminder that work on the historic site is underway.

"We are building a plant within a factory in a city with nearby residences, almost no space, and that at high speed," Porsche representative David Tryggvason said, stressing lightly that the Project schedule was very Porsche -like: sporty.

Porsche is actively engaged in a large-scale construction project at its Stuttgart-Zuffenhausen site, about 120km from Frankfurt, and the company is running at full speed as it prepares for Taycan production. The result of these efforts can only be described as a renaissance, because the company that started with an electric car is now working to re-adopt all-electric vehicles, perhaps exactly as its founder, Ferdinand Porsche, wanted. A hundred years ago.

A lot of things are rolling on the Taycan Porsche. At the company's annual press conference, Porsche Managing Director Oliver Blume and Executive Vice President Lutz Meschke highlighted the relevance of 100% electric vehicles such as Taycan and its range of hybrid cars for the future of society. In a statement, Meschke noted that by 2030, vehicles equipped with an internal combustion engine would probably be the exception to the rule.

"One thing is clear: from 2030; There will probably be no Porsche vehicle model without an electric variant. In fact, I guess by 2025, we will have electrified more than half of our range of models. But the combustion engine will still be available around 2030. Our 911 should continue to ride with them for a long time. At this point, conventional motor vehicles will be the niche of our electric fleet, "he said.

Before it can produce a high-performance electric vehicle, Porsche needs to make sure that it has the necessary facilities to build a completely different kind of car. The seasoned automaker has chosen to build several new facilities to accommodate Taycan's production, which has faced many challenges to make construction possible. The Zuffenhausen site is close to a residential area. The site itself is divided by a four-lane road. Tryggvason notes that society did the only thing: build. Overall, the construction of Taycan is complex. Setting up the installation even more. For the project manager, the challenges were worth it. "We believe in the product," said David.

The company's bet on the Taycan is evident in its investment in the vehicle and in the actions of its own employees. Porsche spends about 6 billion euros (about $ 6.81 billion) on developing its electric mobility initiatives. Porsche Production 4.0, a campaign to usher in a new era of vehicle production, is also underway. The acceleration of these developments is an agreement that the automaker has entered into with its employees, who have agreed to forgo a small portion of their collective pay rise in exchange for their participation in the production and publication of the Taycan .

David Tryggvason and Porsche Press spokesman, Jorg Walz, then headed me to the roof of one of the new buildings, which allowed me to have a pretty good view of the factory itself. They highlighted how Taycan begins life by assembling its electric motors, batteries and axles. The body of the electric car is then assembled, painted and transported through a long conveyor system where it can be assembled during final assembly and married with its electric propulsion unit.

One of the key elements in the success of Taycan Porsche's production is the company's goal of making the car "smart, economical and environmentally friendly". Among these include a flexible line using automated guided vehicles to simplify assembly despite the expansive customization demands of Taycan buyers, optimizing the use of resources and resources. 39 space and an initiative to ensure that the entire production process of the all-electric car at the Stuttgart-Zuffenhausen Porsche site is CO2 neutral. This is made possible through several programs such as the electrification of logistics vehicles, the use of heat lost in the paint shop and a pilot test involving the adoption of facade surfaces absorbing nitrogen, to name a few.

I did not miss a rare opportunity to ask for details about the Taycan, but I decided to ask some questions about the battery performance of the electric car. Over the past year, several large electric vehicles have been marketed by experienced manufacturers such as Jaguar and Mercedes-Benz, but since the machines themselves were impressive, their batteries left much to be desired. I-PACE, with its breathtaking interior and excellent design, is about the electrical equivalent of an energy consumer. The Mercedes-Benz EQC seems to be the same.

Porsche uses LG Chem bag cells in the Taycan battery pack, which should allow the vehicle to reach more than 300 km of range per charge according to the NEDC standard. The company is also targeting an ultra-fast 350 kW load, thanks to its 800-volt technology, which was used for the first time in Porsche's LMP1 racecar 919 Hybrid. I asked how the Taycan's battery resists when it is continuously charged with such a high charge rate. Walz smiled and said frankly, "We are very optimistic."

After the annual press conference, I was able to attend an informal discussion on the electrification of Porsche with board member Detlev von Platen. Porsche's executive stressed that Taycan battery cells had been developed closely by the company, thanks to the experience gained with its high-performance hybrid vehicles. For example, the legendary hypercar Porsche 918 Spyder and the three-time winning Porsche 919 Hybrid at Le Mans, both of which required some relief work.

"So we are totally involved in the development of cells (Taycan battery) and the technology behind them. We did not start last year with Taycan. We have been working for a long time on battery technology for motorsport. Our prototypes like the 919 Hybrid were electrified. I would say, in general, that we have started working on battery technology for at least ten years now, "said Von Platen frankly.

I remembered the general presentation of Taycan components by David Tryggvason a few days ago, when he noticed that some Porsche staff who worked for the 918 Spyder hypercar had also been involved in the development of Taycan. Hearing Von Platen's description of Porsche's work with the batteries, I could not help but agree. Porsche has already produced several iconic vehicles, the majority of which are powered by the internal combustion engine. Despite this, it is hard to say that the best cars ever produced by the company, such as the 919 Hybrid, are impregnated with electric propulsion. Under the roaring engines of the vehicles were electric motors and batteries that ended up unlocking the real potential of the cars.

From the past to the future

Engineer in the soul, Ferdinand Porsche started with an electric car in the late 19th century. He then immersed his feet in hybrid propulsion, before going ahead and gaining control of the internal combustion engine. From this point of view, the development of Taycan is a tribute to the roots of the company. That's one of the reasons why Porsche really cares about the vehicle. What seems to be a gesture to prove it, is built on the most historical site of the company and will be produced alongside the 911, a vehicle that can only be nicknamed the Porsche par excellence.

As I grabbed my travel gear and rushed to the remaining shuttle waiting for me, I looked one last time at Porsche's headquarters. In the dark sky was a marvel of order in this ever changing world. It was a moment that can only be described as surreal, when the past breathes new life into the future. A few seconds later, while I was attacking in the seat of the shuttle and contemplating a site disappearing in Zuffenhausen, we heard in the distance the sound of machines and vehicles rolling on the ground of the bus. ;factory. Under this orchestra of sounds were the rhythmic sounds of heavy equipment that continued to work tirelessly on the construction of Taycan's production facilities.

I could not help but imagine that these sounds were representative of the electric heartbeat of a builder who was coming back to life.